Jada Kingdom is a singer-songwriter, model, and designer from 7 Mile Bull Bay (Gold Shore Lane) on the east side of Kingston, Jamaica. Not too long ago, she released an appealing music video for her sensational new single, entitled, “Dickmatized,” via Money Well Spent/Republic Records. The video finds Jada seducing viewers with her visually appealing goddess vibes.

“Leaving you alone nuh seem possible. Mi know it sound careless, why yu have mi a question mi bravery. Mi friends dem concerned ’bout mi safety but dem nuh understand yuh doh basic. Plus mi rather f*** yu than increase mi mileage. But the only time I’m yours it’s in private. So why am I confused I don’t like this. Caz yu say I don’t usually act like this and yuh right. Yuh need a gyal like me by yuh side. Yuh toxic and mi love exercise. Stretch mi out all yuh want it’s alright.” – lyrics

‘Dickmatized’ is just what the love doctor ordered. The remarkable tune tells a fabulous tale about a needy young woman who loves it when her significant-other pillow talks to her about his feelings. Apparently, they share a tremendous romantic life, and she’s sexually satisfied because her partner knows how to passionately work his way around the bedroom. Later, she admits, “Fuk nice mi nuh care how yuh treat mi. But that’s not right, the only thing exciting about us is our sex life.”

Jada added multiple dimensions to her “Jungle” banger including official remixes from Skylar Mones, R3HAB, and Sham “Sak Pase” Joseph. Continuing to engage her growing worldwide fan base, she also just dropped a sizzling cover of the Amy Winehouse classic, “Back To Black.”

Jada Kingdom ~ Back To Black by Amy Winehouse – Official Cover

Jada Kingdom grew up in a two-bedroom home with her mother, brother, and sister—sharing a bed with her siblings. The family used showers outside and cooked outdoors as well. Despite “growing up in a really rough and dark place,” Jada wrote poems at only eight years old and was inspired musically by the likes of Nina Simone, Diana King, Sade, Minnie Ripperton, and Amy Winehouse.

At the age of 14, Jada left school, waitressed, promoted events, and modeled. She even launched her own swimwear line and organically built an Instagram following of millions. In 2017, she dropped her debut single, “Love Situations.” By the end of the next year, she popped off internationally with “Banana” and the “Banana REMIX Challenge,” which amassed over four million Spotify streams and three and a half million YouTube views.

During 2020, Jada Kingdom served up the mixtape, E-Syde Queen (The Twinkle Playlist) #Snacksize, in between collaborating with everyone from YFN Lucci, Popcaan, Vybz Kartel, Davido, Skillibeng, and Aluna. After amassing over 20 million streams and views independently, Jada linked up with GRAMMY® Award-nominated singer, songwriter, and producer, Verse Simmonds, and joined forces for his single, “Bedroom Bully.”

The musical combo was so magical Verse brought in his partner, two-time GRAMMY winner, and Beyoncé collaborator, Akil “Fresh” King. Now together as a company by the name of “Money Well Spent,” the duo are now executive producers on Jada’s forthcoming album. Landing a deal with Republic Records, she is ready for the next chapter in her musical life.

“Plus mi rather f*** yu than increase mi mileage.” 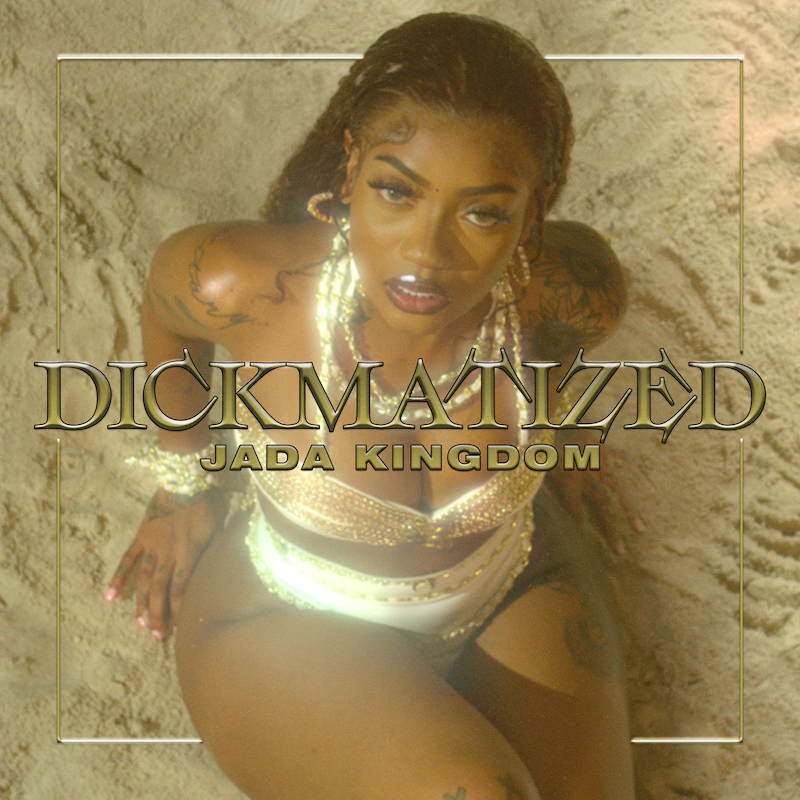 We recommend adding Jada Kingdom’s “Dickmatized” single to your favorite contemporary dancehall playlist. Also, let us know how you feel about it in the comment section below. Mel Blanc’s famous catchphrase, “That’s All Folks!” Thanks for reading another great article on Bong Mines Entertainment – the hot spot for new music. Furthermore, always remember that (P) Positive, (E) Energy, (A) Always, (C) Creates, (E) Elevation (P.E.A.C.E).