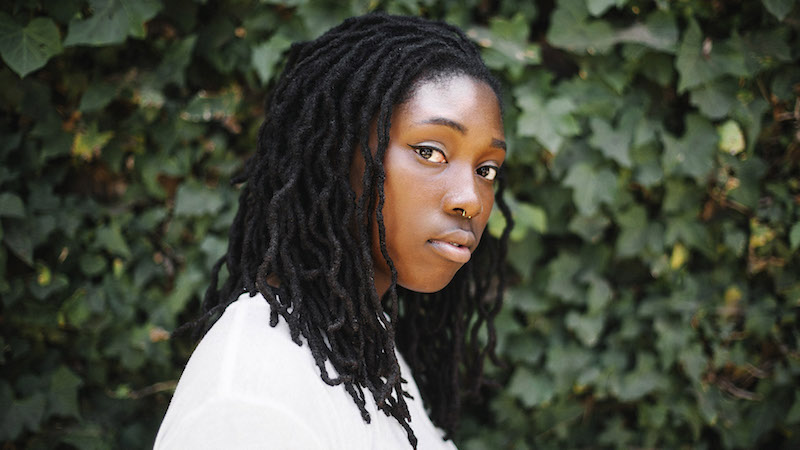 Ivy Sole is a Philadelphia-based rapper-singer out of Charlotte, NC. Not too long ago she released a music video for “Backwoods”, a thought-provoking rap tune from her upcoming “Overgrown” album featuring Anyee Wright.

“If you ask me if I really want it, I would prove to you yes. Can’t let the grind get you stressed. It took us an hour to get to the gate. Remember the days we could never relate. The team is straight, but faith is key. You could have it too if I got it in me” – Wright’s lyric

The Brothers Ed-directed video finds Sole parking her Toyota 4Runner in the street. Also, three masked robbers are seated in the back. They exit the vehicle and proceed to break into a gated establishment.

The following scene finds Sole rapping about her experiences, guns, and brags a bit about her being the truth. Also, computer-generated animations pop up every now and then to assist her stimulating storyline.

Wright, riding shotgun, spits reality raps about smoking blunts, making a name for herself, and persevering against all odds.

The story continues with the robbers hurrying out of the establishment. One of them, carrying a loaded duffle bag, gets shot in the back. The other two robbers leave him there, one of them grabs the bag, and they enter Sole’s 4Runner. One second later, she drives away.

“Backwoods is a reflection on my high school years. It was a period where I started to rebel but knew that if I wanted to leave Charlotte then, I had to stick to the books. The video is meant to reflect spending time wildin’ with friends doing the run of the mill teenager shenanigans. But also, interrogates why folks where I’m from end up risking their freedom. I don’t think it’s far-fetched to say that most of us would do just about anything to provide for our loved ones. And although it’s by less than savory means, the world can push people to make decisions that they wouldn’t in different circumstances. Especially, if it means putting food on the table or a roof over their head.” – Ivy Sole

We recommend adding Sole’s “Backwoods” to your personal music playlist.