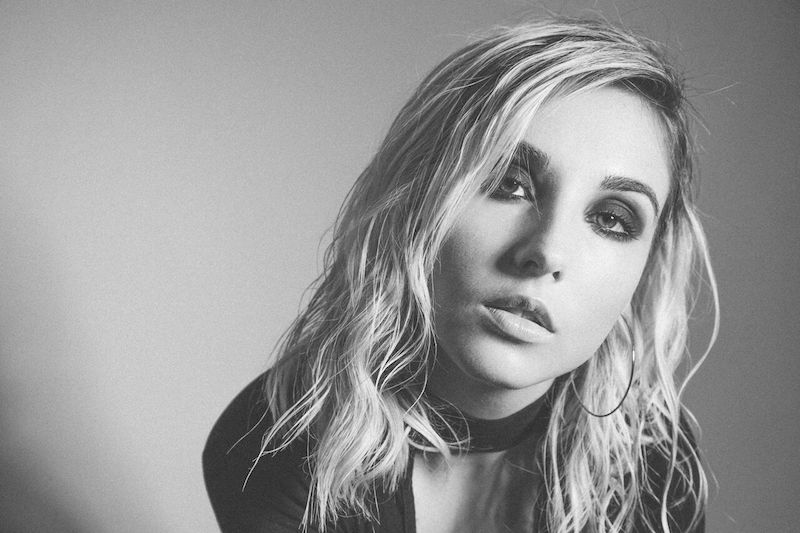 ISA is a 20-year-old Swedish singer-songwriter/dancer. Not too long ago, she released “Craving”, an infectious pop tune from her upcoming debut album.

“Most people know how hard it is to act rationally in relationships. ‘Craving’ interprets the dilemma in trying to resist the attraction of a person who adversely affects one’s life, while it’s so insanely magical to be near him or her for the moment. Also, the song is about losing yourself in a destructive relationship and pending between these emotions.” – ISA

‘Craving’ tells the tale of a woman who struggles against the strong pulling power of an unhealthy relationship. Apparently, she craves the body of a desirable guy she’s in a romantic relationship with. Also, it’s gotten to a point where she’s an addict for his love, and whenever he’s not around, she goes through emotional withdrawals.

“Being in the industry since I was a kid has made me confident in who I am and what I stand for. I write a lot of music, that’s how I process my feelings. And going independent gave me the power to do it my way and find a musical identity that’s 100% me.” – ISA

In 2012, ISA emerged on the Swedish pop scene with the single, “BOMB”, followed by, “What are We”, two years later. In 2015, she debuted in Melodifestivalen, an annual music competition organized by Swedish public broadcasters Sveriges Television and Sveriges Radio. She reached the finals with her co-written track, “Don’t Stop”.

Not too long ago, the rising pop star released a minute-long dance video for her “Craving” single. Check it out below via YouTube.

Not too long ago, after co-writing Charlie Who?’s ”You” single, which has amassed over 17M streams online, she ended her deal with Sony Music and started her own independent label, deliciously titled Licious Music.

We recommend adding ISA’s “Craving” single to your personal playlist. Also, let us know how you feel about it in the comment section below.