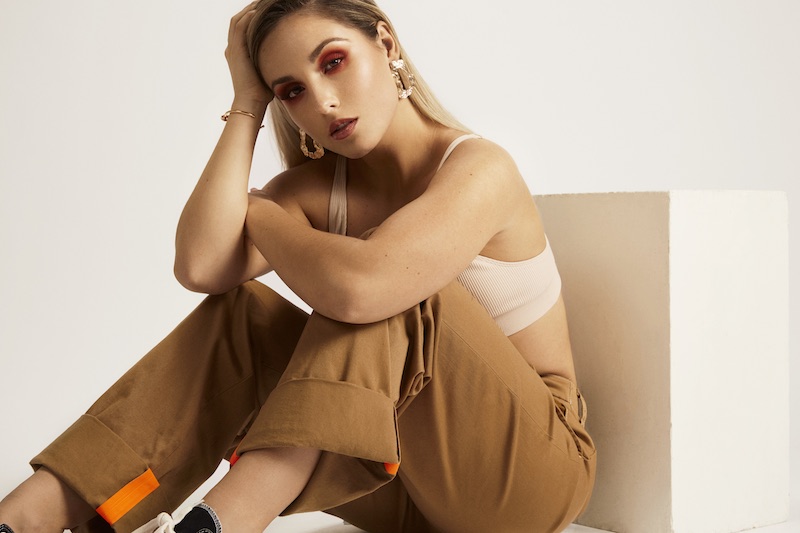 ISA releases a lovely piano-pop ballad, entitled, “After You”

ISA is a 20-year-old Swedish singer-songwriter/dancer. Not too long ago, she released a music video for her lovely piano-pop ballad, entitled, “After You”.

“‘After You’ moves me so insanely much. It’s about longing for something or someone. And it makes me think about how my dreams give me the strength to never give up on my music. My artistry is such a huge part of who I am as a person, so it feels very special to dedicate a song to that.” – ISA

‘After You’ contains a relatable storyline, wonderful soul vocals, and piano-driven instrumentation perfumed with a commercial pop scent. Also, the song tells the tale of a woman who’s willing to do whatever to keep her relationship alive with a person who means the world to her.

“The song came to life when my close friend Garren Edwards traveled from LA to Stockholm to visit me. We had a very intense week of writing and on our last night together, everyone went to bed except for Garren, who stayed up by himself and wrote ‘After You’. When I heard the song the morning after, I was blown away, so I wrote a bridge and decided to release it.” – ISA

In 2012, ISA emerged on the Swedish pop scene with the single, “BOMB”, followed by, “What are We”, two years later. In 2015, she debuted in Melodifestivalen, an annual music competition organized by Swedish public broadcasters Sveriges Television and Sveriges Radio. She reached the finals with her co-written track, “Don’t Stop”.

The creative process is essential for ISA, who co-wrote Charlie Who?’s “You” single. So far, the song has amassed over 17 million streams online. Also, ISA is featured on Sidney Samson’s “Enemy of the Hate” single with Bobso Architect. In 2017, she ended her deal with Sony Music and started her own independent label, deliciously titled, ‘Licious Music’.

We recommend adding ISA’s “After You” single to your personal playlist. Also, let us know how you feel about it in the comment section below.