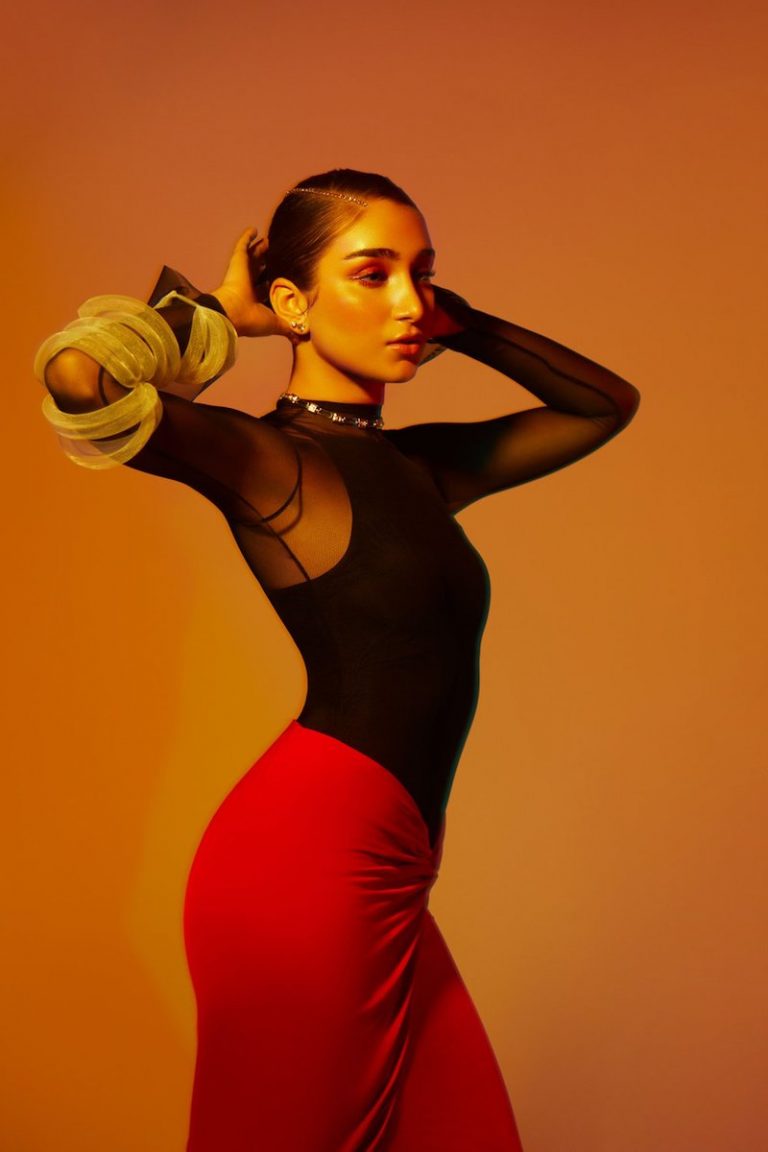 Halle Abadi is a talented singer-songwriter from Scottsdale, Arizona. Not too long ago, she released a fascinating pop tune, entitled, “Salvador.”

“He loves a good damsel in distress. Unbuttoned shirt, puffing out his chest. A Casanova and he’s average at best. But he’ll steal your heart and your breath. He got a broken heart dynasty. He took mine from inside of me. I wake up now with anxiety ‘cause my chest it don’t got a beat. He’ll come and go like the eye of the storm. But Hell hath no fury like a woman scorned.” – lyrics

‘Salvador’ tells a cautionary tale about a young woman who recently experienced heartbreak at the hands of a charismatic young guy. Apparently, she made a crucial mistake by allowing him to capture her heart, a mistake that she vows she will never ever make again. Later, she admits that she was broken to a point where her heart stopped beating. However, she recovered not too long after Salvador left her on the floor in tears.

‘Salvador’ contains a post-breakup narrative, ear-pleasing vocals, and tuneful melodies that will resonate well with fans of Dua Lipa, Lady Gaga, and Sia. The bittersweet tune possesses vibrant instrumentation flavored with South Asian, Latin, and contemporary pop elements. Furthermore, “Salvador” serves as a tasty appetizer to what listeners can expect to hear on Halle Abadi’s upcoming debut EP, available in 2021. The eight-track project was created with the help of music producer, Christopher ‘C-Ray’ Roberts.

“Don’t let him talk, he’ll talk you into him. Don’t give him hope, he’ll drink it like it’s gin.”

“A ‘Salvador’ is someone who is notorious for love-bombing and manipulating you when they want something, and disappearing when they’ve gotten their fix. Salvador will hook you in with his charm, and if you fall for one, you’ll become addicted to their toxic antics and unpredictability. This track is about identifying that toxicity and choosing to rise above it. So, the next time Salvador comes around (or knocks at your window), you’ll know better than to let him back in. It can be incredibly hard to let go of this cycle, so we created an anthem for those who may feel tied to their Salvador with the intention of empowering them and showing that there is light on the other side.”  – Halle Abadi explained

Halle Abadi is creating waves, crossing over elements of her Persian/Afghan culture into rich, dark-pop-influenced music. Her distinctive vocal tone is rapidly spreading to new ears across the world. Also, she has earned editorial support from Spotify for her recent releases including her “Fault Lines” single.

We recommend adding Halle Abadi’s “Salvador” single to your favorite playlist. Also, let us know how you feel in the comment section below. Mel Blanc’s famous catchphrase, “That’s All Folks!” Thanks for reading another great article on Bong Mines Entertainment. And always remember that (P) Positive, (E) Energy, (A) Always, (C) Creates, (E) Elevation (P.E.A.C.E).