The Goo Goo Dolls is a multi-platinum, four-time GRAMMY-nominated rock band from Buffalo, New York. Not too long ago, they released a colorful music video for their “Miracle Pill” single.

“What I need is to feel incredible. What I need is a real love chemical. Wanna beat like a heart that’s painted in gold. Wanna make these emotions physical. Free the weight of my soul, ethereal. I believe I’m alive, no higher than low. Baby, would you be my miracle pill? And I could be somebody else. So sick of living inside myself.” – lyrics

The highly-anticipated project will be available on September 13, 2019, via Warner Records. 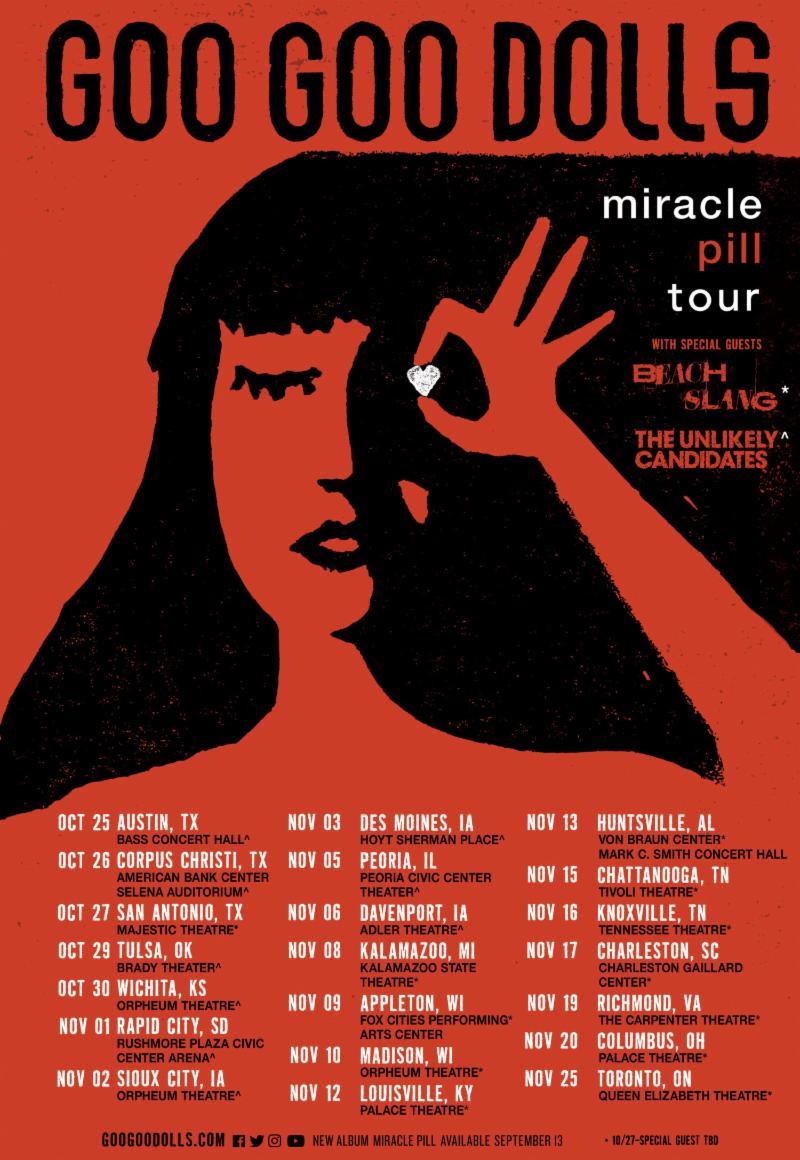 The Dolls will be embarking on a nationwide headlining tour in support of their forthcoming album.

The tour kicks off in Austin, Texas, on October 25th. The band will visit over 20 cities across North America before wrapping in Toronto, ON, on November 25th.

The Unlikely Candidates and Beach Slang will join The Goo Goo Dolls on select dates of the tour.

The Goo Goo Dolls are currently in the midst of a massive co-headlining amphitheater tour alongside GRAMMY-winning band Train that has been met with widespread acclaim.

The run will continue throughout the summer before concluding on August 17, 2019, in Mansfield, MA, at Xfinity Center.

The Dolls will then embark on several South American tour dates before starting their North American headlining run which includes an appearance at the iconic music festival Rock in Rio on September 29, 2019, in Rio de Janeiro.

Formed in Buffalo, NY, during 1986 by John Rzeznik and Robby Takac, the Dolls has impacted popular music for three-plus decades.

They have sold over 12M records worldwide and achieved 14 number one and Top 10 hits at Hot AC (the most of any artist).

Their music has been covered by everyone from Taylor Swift to Leona Lewis.

We recommend adding The Goo Goo Dolls’ “Miracle Pill” single to your personal playlist. Also, let us know how you feel about it in the comment section below.