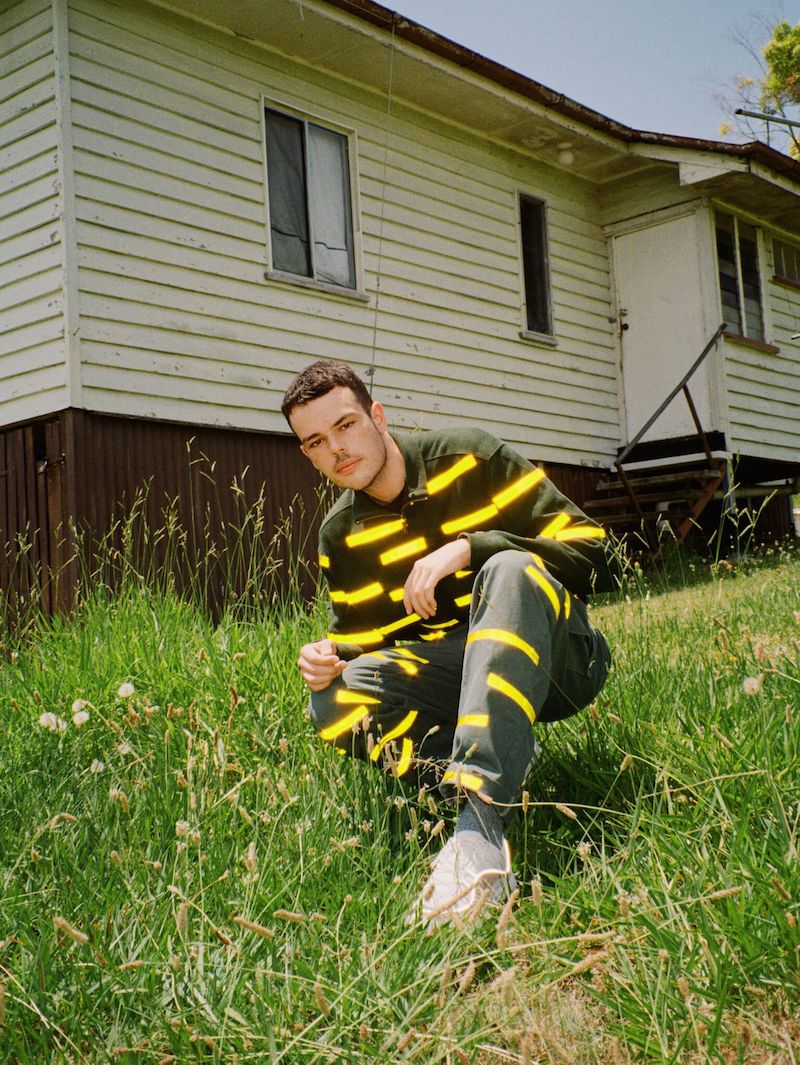 Golden Vessel is an electronic artist from Brisbane, Australian. Not too long ago, he released a music video for his “Highway” single featuring long-time collaborator Emerson Leif.

“‘Highway’ was the first song that I made for the album and it came together really fast. I made the beat in the morning and called my friend Emerson Leif to see whether he was up to anything. He came over in the afternoon and I had the idea of recording him a few times across the track without thinking about lyrics/melodies beforehand and just singing subconsciously. He kind of mumbled and formed words and what came out was really exciting and felt really honest. So I took the 5 recordings and cut it up into a song and it was pretty much done at that point.” – Golden Vessel

The audiovisual for “Highway” was filmed in Tokyo, Japan.

The video finds Golden Vessel in the backseat of a moving taxi while performing his song with a microphone in hand.

“‘This is the second of three videos that I filmed in Japan with my friend Matt. We wanted to do a one-take shot in the back of a Tokyo taxi to match the sleepiness of the song. We actually spent over an hour trying to find a taxi that would let us and finally a guy agreed to drive us.” – Golden Vessel

“The lyrics for ‘Highway’ went straight from the heart into the microphone. When I woke up that morning my beautiful wife had been joking around hiding under the covers and saying that she might sleep in all day and I could wake her up when I got home. Sometimes those seemingly insignificant moments end up being the most magical things we share with people. That sentiment was no doubt echoing in my head on the drive to Max’s studio and its intimacy made its way into the song in a beautifully genuine way. Sometimes these magical moments happen when you are comfortable and not overthinking your environment or who you are with. It is a great gift being able to create something beautiful and honest with a friend.” – Emerson Leif

The song will be featured on Golden Vessel’s upcoming debut album, entitled, “SLOWSHINE”, available on May 17, 2019.

We recommend adding “Highway” to your personal playlist. Also, let us know how you feel about it in the comment section below.