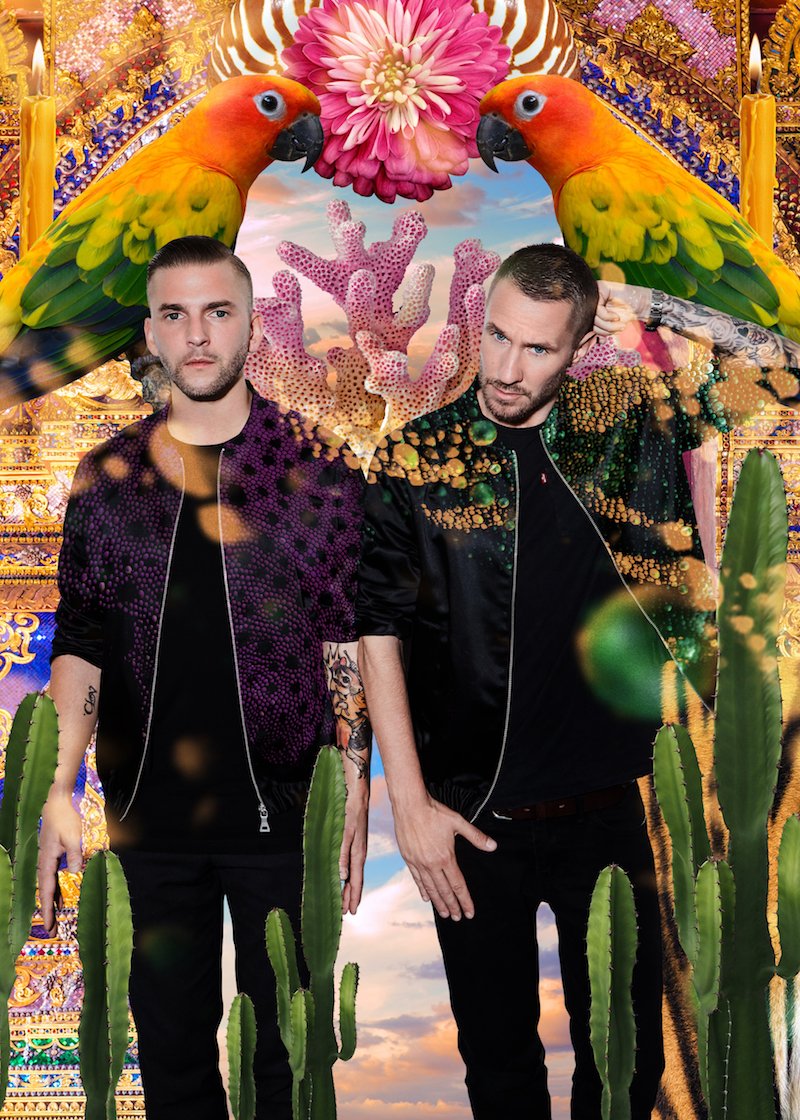 Galantis is a collaborative project between Christian Karlsson (a.k.a. Bloodshy, one-third of Miike Snow) and Linus Eklöw (a.k.a. Style of Eye). Not too long ago, the internationally acclaimed electronic production duo released their highly anticipated third studio album, entitled, “Church“, via Big Beat Records.

The 14-track collection arrives today with a passionate dance-packed video for the collaborative track with Hook N Sling, entitled, “Never Felt a Love Like This”, featuring Dotan.

“I was lost in a love that was built to lose. And all (and all) all the nights I would lie try to hide the truth. Got so scared to be lonely, but scared of something new. Painted darkness around me, I see a light in you. All I all I know I never felt a love like this (x3) And it’s keeping me awake, I haven’t slept for days.” – lyrics

‘Never Felt a Love Like This’ tells a heartfelt tale of a guy who experiences a new love he has never encountered before. Apparently, this enlightening love encourages him to say goodbye to loneliness and dark days.

‘Never Felt a Love Like This’ is the fourth track on “Church”, which takes listeners on a euphoric sonic journey. The project fuses country, folk, gospel, and soul music influences with Galantis’ signature bubbly, electronic pop production. At the heart of the project beats an uplifting message which calls for unity.

Not too long ago, Galantis released lyric videos for three tunes from the album, entitled, “Stella”, “Unless It Hurts”, and “Steel”.

“Stella got the conversation that I like. Serving tables way after midnight. Stealing hearts away like a thief in the night where you move through the dark. Stella turn my way when nobody is watching. Stars collide like boom when we’re touching, lighting up the sky. Well, I like what I see and I know what I like.” – lyrics

‘Stella’ tells a feel-good tale of a young woman who wants to dance with a special person in her life. Later, she admits that her companion is her supernova, someone who she has gladly given her heart to.

Galantis – “Unless It Hurts” lyric video

‘Unless It Hurts’ tells a bittersweet tale of a daring young woman who isn’t afraid of falling in or out of love. Apparently, she prefers to dive headfirst into romance and believes it isn’t considered love if it doesn’t hurt.

“Am I lost in this town where the signs point up, take you down. I hold on till the fray. Everything strong is built black and grey. How many drop and fall away. They either crack or separate. Love is a shell, a heartbreak. But your arms made of steel.” – lyrics

‘Steel’ contains a loving narrative about a woman who finds comfort in her significant other’s arms. Furthermore, “Steel” (along with “Unless It Hurts” and “Steel”) is featured on Galantis’ third studio album, entitled, “Church”. 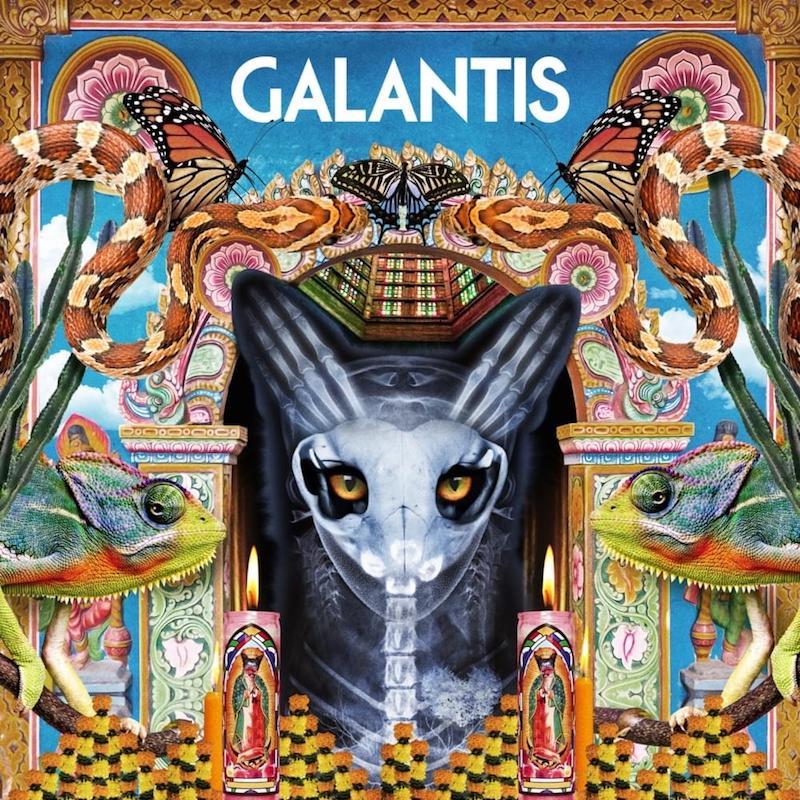 “It’s important for us to have meaning behind our music. Our album ‘Church’ doesn’t necessarily refer to a building or a specific religion, but instead to people banded together in similar belief for a better humanity. Whether it’s advocating peace, change, or just lifting each other up – that is our ‘Faith’ and ‘Church’.” – Galantis, speaking on the album’s spiritual ethos

‘Church’ stands as Galantis’ most experimental project to date. It’s an album that confidently seeks to expand and push the limits of dance music. Furthermore, the album comes on the heels of Galantis’ Dolly Parton-assisted hit, “Faith”, which reached #1 on Billboard Dance/Electronic Chart and Dance Airplay Chart.

So far, “Faith” has amassed over 33 million streams and over 6 million music video views to date, in tandem with support from Rolling Stone, Good Morning America, Entertainment Tonight and more.

In honor of their new album, Galantis will be embarking on the “Church of Galantis” North American tour commencing on February 14, 2020. 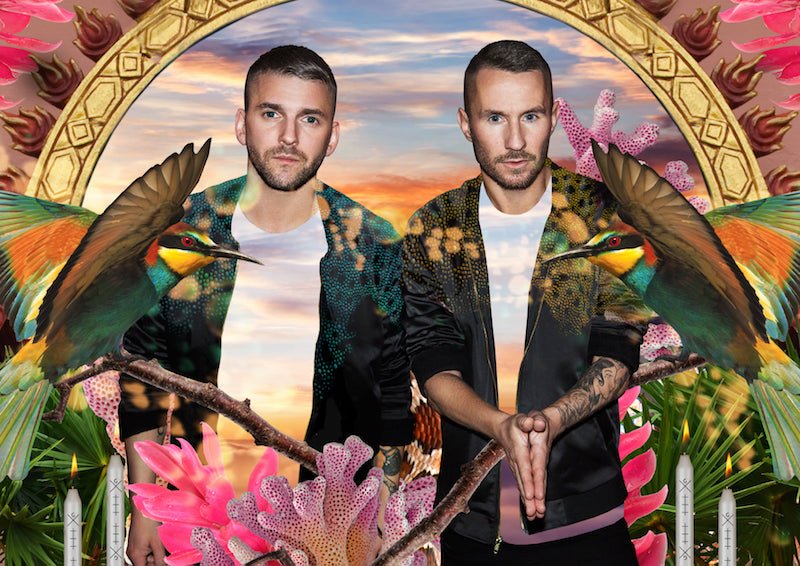 Galantis has amassed over three billion cumulative worldwide streams, over one billion video views, and achieved 42 platinum records in 18 countries to date. Also, they have a legion of loyal fans around the world.

After reaching out to Eklöw (who produced Icona Pop’s hit single ‘I Love It’ as Style of Eye) to remix Miike Snow’s “Animal”, the two continued to collaborate until ultimately Galantis was born. Since then, they have become one of dance music’s most dynamic and in-demand live performers.

We recommend adding songs from Galantis’ “Church” album to your personal playlist. Also, let us know how you feel about the album in the comment section below.