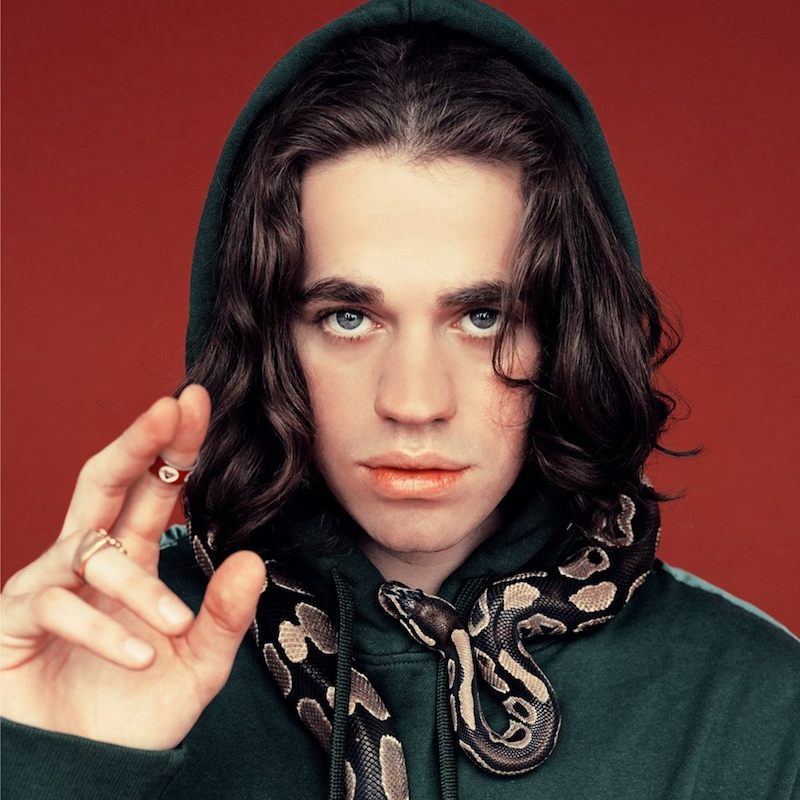 Franke is a singer-songwriter based in Los Angeles, California. Not too long ago, he released a music video for “Kids”, a dreamy emo-pop tune from his debut EP, entitled, “Internet Heartbreak”.

“It’s been a while and I’m scared for you. You wanted time, I made plans for two. That’s why we should keep it like this. Finger on the trigger, really know I don’t miss. Time I could do it for the kids. Call it like I see it and you know I don’t miss. I had to crash my car just to realize how far I’ve come. It seems I’m messing up with every single thing I’ve done. And I’m a goner anyway.” – lyrics

The audiovisual finds Franke vibing out inside a room with a desirable female planted in the background.

Fast forward into the next scene where he’s seated inside a bubbly party with female dancers grooving to a rhythm. But the hooded entertainer’s focus simply isn’t there because he’s thinking about the object of his desire.

Franke began playing classical piano at the age of eight and has played twice at Carnegie Hall. He later pursued jazz transcribing the likes of John Coltrane, Miles Davis, and Robert Glasper.

Not too long ago, he released his first single, entitled, “Home Alone”. Since then his music has amassed over 30M streams/plays online.

Get acquainted with Franke’s music by streaming his “Internet Heartbreak” EP via Spotify.

The 5-track project is a blend of contemporary pop mixed with synth-driven, retro production.

We recommend adding Franke’s “Kids” single to your personal playlist. Also, let us know how you feel about it in the comment section below.