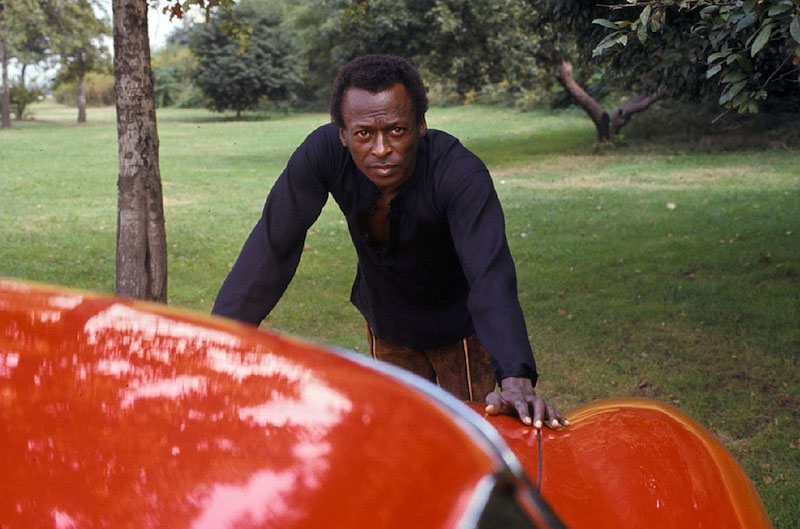 Miles Davis was an iconic jazz trumpeter and composer from Alton, Illinois. Not too long ago, his “Rubberband EP” was released via Rhino Records.

The 5-track project features 12-time Grammy nominee singer Ledisi on “Rubber of Life”. Also, it includes the original version of “Rubberband”, an instrumental, and a new remix by Amerigo Gazaway.

“It was fat grooves, really funky, Miles talking. It was street and funky and dirty. We didn’t go after writing a great jazz song. Miles wanted the street thing. He wanted the chord changes he wanted to play. The basis was to take it to the street like “On The Corner”. It was Miles taking more chances.” – Randy Hall

32 years after “Rubberband” was recorded, the original producers, Randy Hall, and Zane Giles teamed up with Miles Davis’ nephew, Vince Wilburn, Jr., to finish and update the title track.

“Miles kept saying, ‘I don’t wanna do my usual stuff. I wanna do something different.’” – Zane Giles

In 1985, Miles Davis shocked the music world by moving from Columbia Records to Warner Bros. Records. Shortly afterward, he started recording “Rubberband”. This album marked a radical departure for him, with funk and soul grooves, and was to include vocals by Al Jarreau and Chaka Khan.

The Rubberband sessions took place at Ameraycan Studios in Los Angeles from October 1985 to January 1986. It was engineered by Reggie Dozier, brother of Lamont Dozier, part of the legendary Motown songwriting team. Check out Miles Davis’ “Rubberband EP” and let us know how you feel about it in the moment section below.