FCG Heem is a rapidly rising rapper from Fort Lauderdale, Florida. Not too long ago, he and LOE Shimmy released a music video for their “Not Lit” single via Republic Records.

“Young ni^^a, got all them diamonds ‘round his neck, ni^^a come take some. They don’t give no f*** ‘bout lil Heem, they gon’ whack some. Lil Wodie go crazy for that money, he need them Jackson’s. Mama, I done got a lil money , we won’t never shop at Pacsuns. I just hope my brothers dem don’t change and keep it real. Lil Wodie steady flagging, you ain’t gon’ shoot let’s be real. Glizzy by my side, I can’t keep this b*tch concealed. Tell the hood it won’t be long, I’m trying to run me up some mills.” – lyrics

‘Not Lit’ finds FCG Heem rapping about Shallow Side, a rough place where danger lurks every day and night. Apparently, Heem is lit there, getting money, and buying expensive items that he never seen before. Also, he stays strapped because haters want to leave him breathless. Later, he raps, “I just had to flex on them ni^^as for all them broke times. Promise my son that I ain’t gon’ never go to jail so we don’t do crimes.”

‘Not Lit’ contains moody piano, booming bass, and skittering drum-laden instrumentation flavored with contemporary rap and urban trap elements. FCG Heem tears through the production with an incisive melodic flow as the hook takes hold. At one point, he assures, “I told my brothers no changing, keep it real.” That’s precisely what FCG Heem does.

“You ain’t really getting to no money, boy, you not lit.”

“I’m trying to motivate the young people and give them something positive to look up to.” – FCG Heem stated

FCG Heem turns struggles into soaring melodies and hypnotic rhymes. Music found him at just three years old when his father brought home a karaoke machine. As a kid, Heem spent hours singing along, freestyling, and entertaining the family with a microphone in hand. Growing up of Jamaican descent, he was exposed to reggae early on and developed a passion for artists such as Sizzla in addition to discovering R&B and hip-hop.

Citing 50 Cent as a favorite, Heem carefully cultivated a singular flow. Music became serious in 2018. Fired from his job at Walmart, and now a dad, he started to upload tracks to Soundcloud, beginning with “This Year.” On its heels, “Dead Weight” caught fire organically. Fellow Broward County native and Chicago Bears’ free safety, Eddie Jackson, enthusiastically evangelized and shared it online.

‘Dead Weight’ perked up ears across the industry as it racked up over 224K Soundcloud plays. In between projects such as the Letter To My People EP and Street Virus EP, Heem signed to New Era Tha Label and 100K Management. Republic Records also took notice and welcomed him to the roster in 2020. After accumulating three million views and two million streams independently, he received the public endorsement of NFL stars—Eddie Jackson, Dalvin Cook, D.K. Metcalf, Jerry Juedy, Calvin Ridley, and Lamar Jackson. 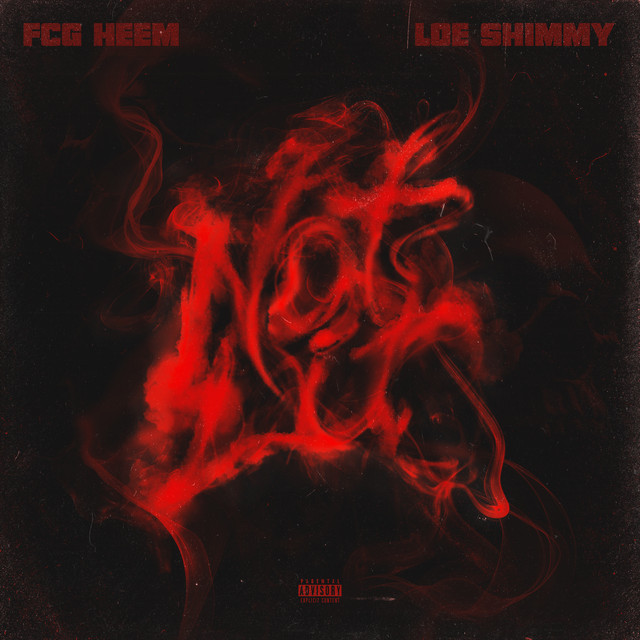 We recommend adding FCG Heem’s and LOE Shimmy’s “Not Lit” single to your favorite contemporary rap playlist. Also, let us know how you feel in the comment section below. Mel Blanc’s famous catchphrase, That’s All Folks! Thanks for reading another great article on Bong Mines Entertainment – the hot spot for new music. Always remember that (P) Positive, (E) Energy, (A) Always, (C) Creates, (E) Elevation (P.E.A.C.E). Contact us on social media via Twitter, YouTube, Instagram, or Facebook, and let us know what’s going on. “Disclaimer: This post contains Apple TV and Apple Music affiliate links. We may earn an affiliate commission when you buy through links on our site.