FCG Heem releases a music video for his “Closer” single

FCG Heem is a rapidly rising rapper from Fort Lauderdale, Florida. Not too long ago, he released a music video for his “Closer” single. The Benny Flash-directed video finds FCG Heem performing at a festival. Later, Kodak Black, Youngeen Ace, and Supa Cindy show him love.

“I had plans to take them people with me, but they missed out. I was in the gym grinding hard, I can’t miss now. F*** the dealership, the whole VIN number getting switched out. Tell them boys don’t even come ‘round me if they ain’t trying to be rich now. OG called, said she proud you think I give a f*** who pissed now. Tell the judge I got way too much to lose so I ride with sticks now. Five percent just know there’s glizzys pointed at your window. It’s crazy how I ain’t got no love for ‘em and that’s my kin fo’.” – lyrics

On the confessional track, FCG Heem details how he gets one step closer to his dreams of taking care of his people. He passionately raps, “Trying to make everybody happy, I broke my own heart. Scared to leave ‘cause I’ma have to start my whole life over.”

‘Closer’ was originally teased on Charlie Sloth’s “Fire In The Booth” freestyle series (via Apple Music) and received over 100K combined views to date. Also, the song follows hot on the heels of FCG Heem’s previously released single, “Not Lit,” featuring Loe Shimmy.

“Mama, no one ain’t wanna speak to me when we was all broke.”

“Young ni^^a, got all them diamonds ‘round his neck, ni^^a come take some. They don’t give no f*** ‘bout lil Heem, they gon’ whack some. Lil Wodie go crazy for that money, he need them Jackson’s. Mama, I done got a lil money , we won’t never shop at Pacsuns. I just hope my brothers dem don’t change and keep it real. Lil Wodie steady flagging, you ain’t gon’ shoot let’s be real. Glizzy by my side, I can’t keep this b*tch concealed. Tell the hood it won’t be long, I’m trying to run me up some mills.” – lyrics

‘Not Lit’ finds FCG Heem rapping about Shallow Side, a rough place where danger lurks every day and night. Apparently, Heem is lit there, getting money, and buying expensive items that he never seen before. Also, he stays strapped because haters want to leave him breathless. Later, he raps, “I just had to flex on them ni^^as for all them broke times. Promise my son that I ain’t gon’ never go to jail so we don’t do crimes.”

FCG Heem turns struggles into soaring melodies and hypnotic rhymes. Music found him at just three years old when his father brought home a karaoke machine. As a kid, Heem spent hours singing along, freestyling, and entertaining the family with a microphone in hand. Growing up of Jamaican descent, he was exposed to reggae early on and developed a passion for artists such as Sizzla in addition to discovering R&B and hip-hop.

Citing 50 Cent as a favorite, Heem carefully cultivated a singular flow. Music became serious in 2018. Fired from his job at Walmart, and now a dad, he started to upload tracks to Soundcloud, beginning with “This Year.” On its heels, “Dead Weight” caught fire organically. Fellow Broward County native and Chicago Bears’ free safety, Eddie Jackson, enthusiastically evangelized and shared it online. 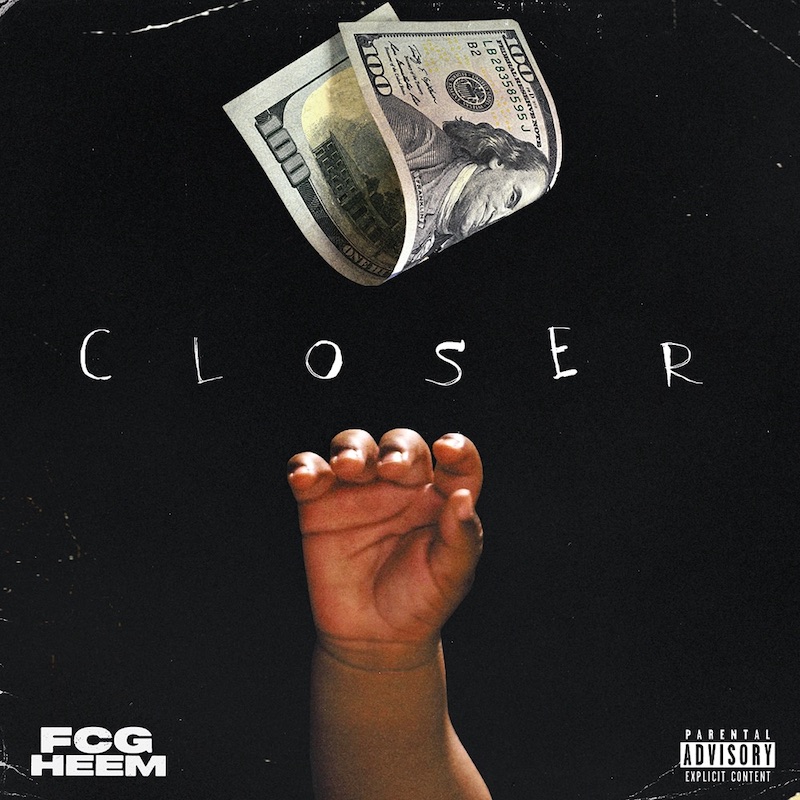 We recommend adding FCG Heem’s “Closer” single to your favorite contemporary rap playlist. Also, let us know how you feel in the comment section below. Mel Blanc’s famous catchphrase, That’s All Folks! Thanks for reading another great article on Bong Mines Entertainment – the hot spot for new music. Always remember that (P) Positive, (E) Energy, (A) Always, (C) Creates, (E) Elevation (P.E.A.C.E). Contact us on social media via Twitter, YouTube, Instagram, or Facebook, and let us know what’s going on. “Disclaimer: This post contains Apple TV and Apple Music affiliate links. We may earn an affiliate commission when you buy through links on our site.