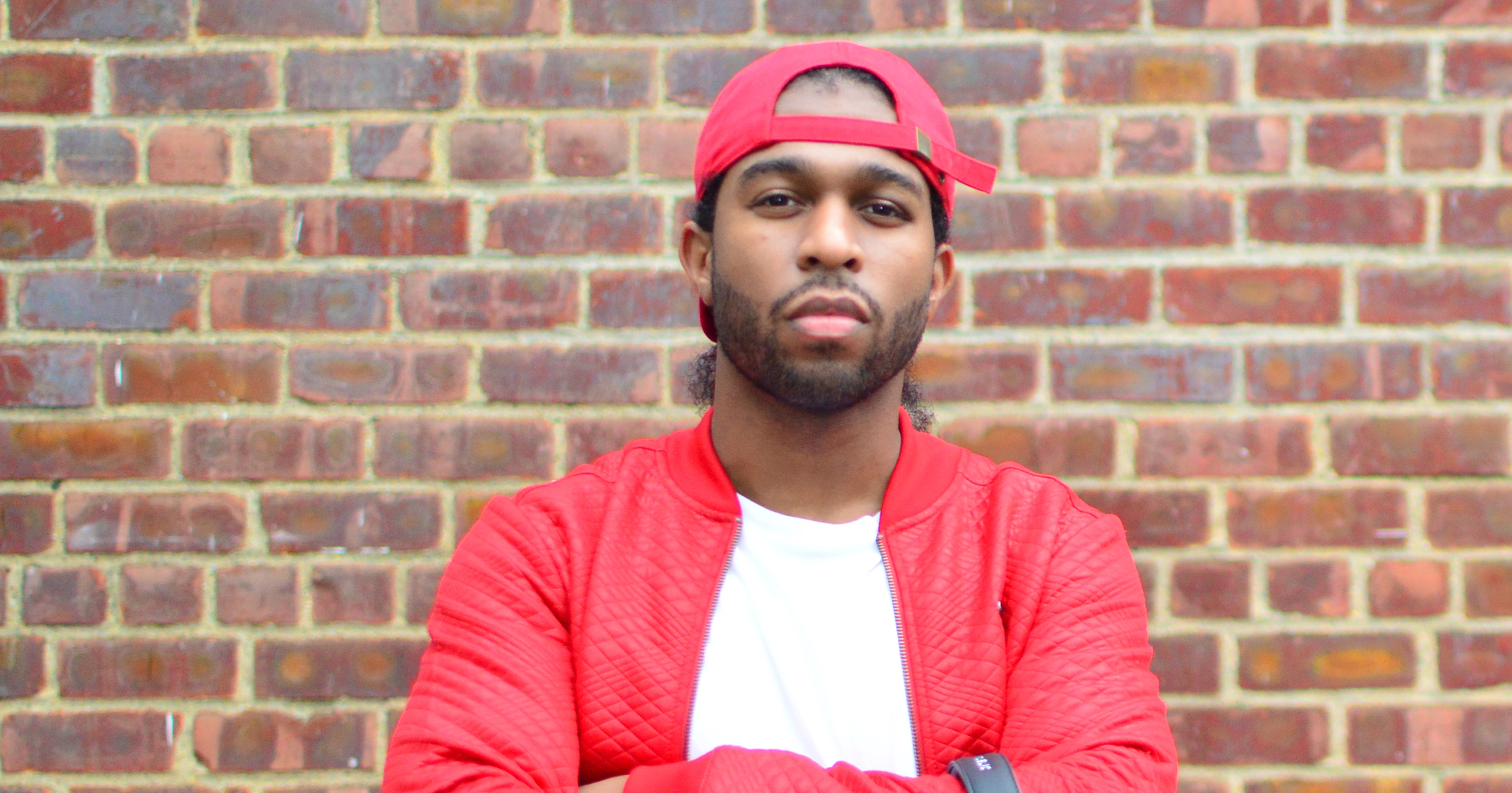 DJ Sparkx (Cardi B’s official DJ) is a popular disc jockey outta Queens, New York. His popularity blossomed after being invited to become a member of The College Club Kings, a trendy New York City DJ crew. From there, he went from nothing to something to everything he imagined.

From touring the nation with Cardi B to becoming a guest radio DJ on New York’s world-famous HOT 97, DJ Sparkx has blossomed into a well-rounded DJ with lots of club experience.

We sat down with DJ Sparkx, and during our intriguing conversation, this is what he had to say.

How did it all start?

DJ Sparkx: I was born and raised in Queens, New York. A first-generation American of Haitian descent. I came from the have-nots, and they taught me how to work hard. Nothing was given and everything I have was earned.

Queens was problematic during my high school days. So, my family and I moved to Elmont, Long Island, and I finished high school there. That migration put me in a better living environment and kept me out of trouble. Also, having little-to-no distractions allowed me to focus more. 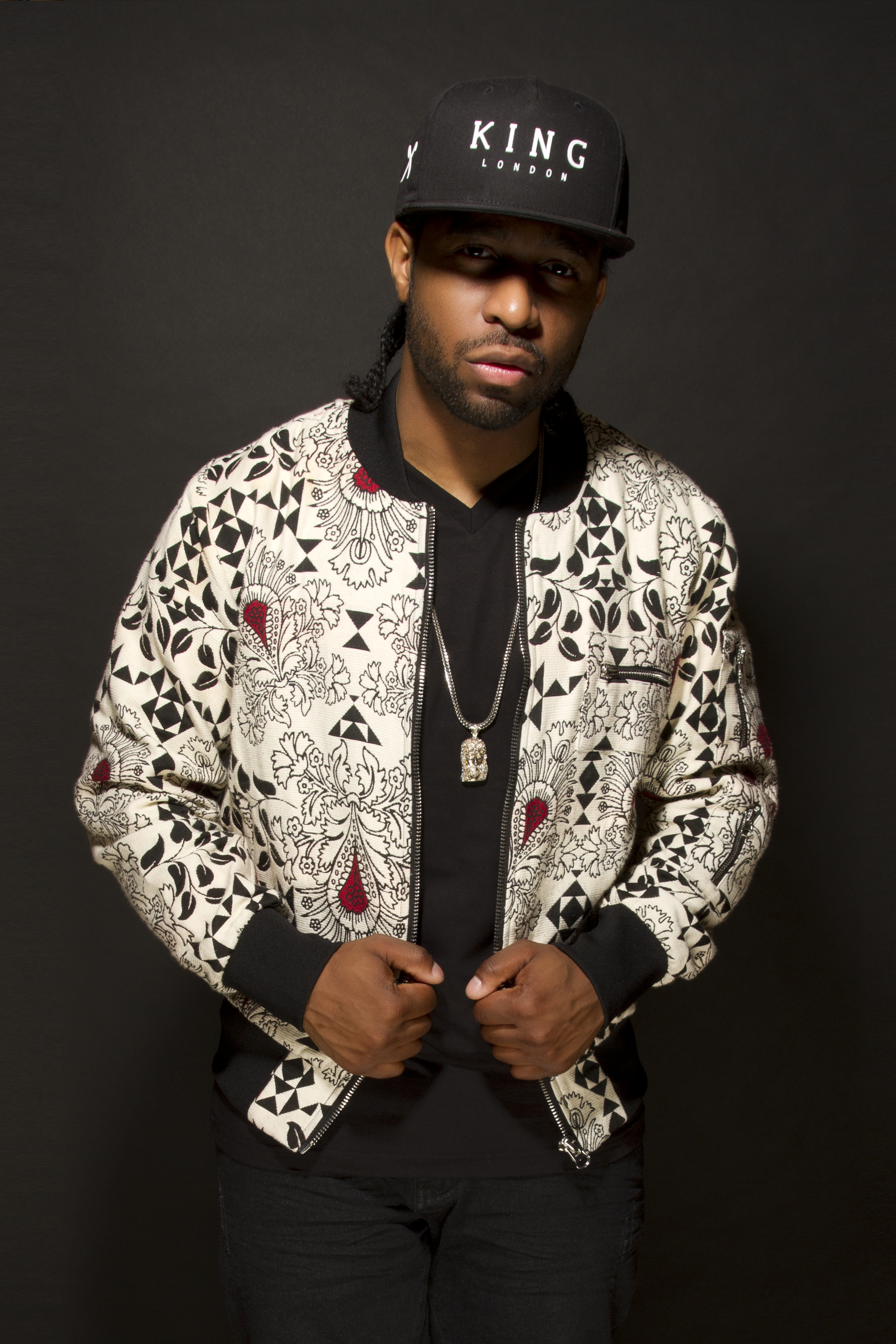 My DJing career jumped started during my college years. I was a promoter/DJ. And the work I did in clubs resulted in college campus bookings and ultimately made me very popular in my market. The first colleges I DJed for included New York Institute of Technology, Long Island University, SUNY Old Westbury, and Adelphi.

My popularity at that time attracted huge crowds of people from different campuses, and those people attended every event I was attached to.  Campus promoters, as well as club promoters, were guaranteed to have a sold-out event when working with me.

As I continued to DJ in various places, my fan base grew. All of this was way before the social media platforms we utilize today. My rise from back then, to where I am now, was organically grown. I had a real street buzz, and only word-of-mouth allowed others to know about me. 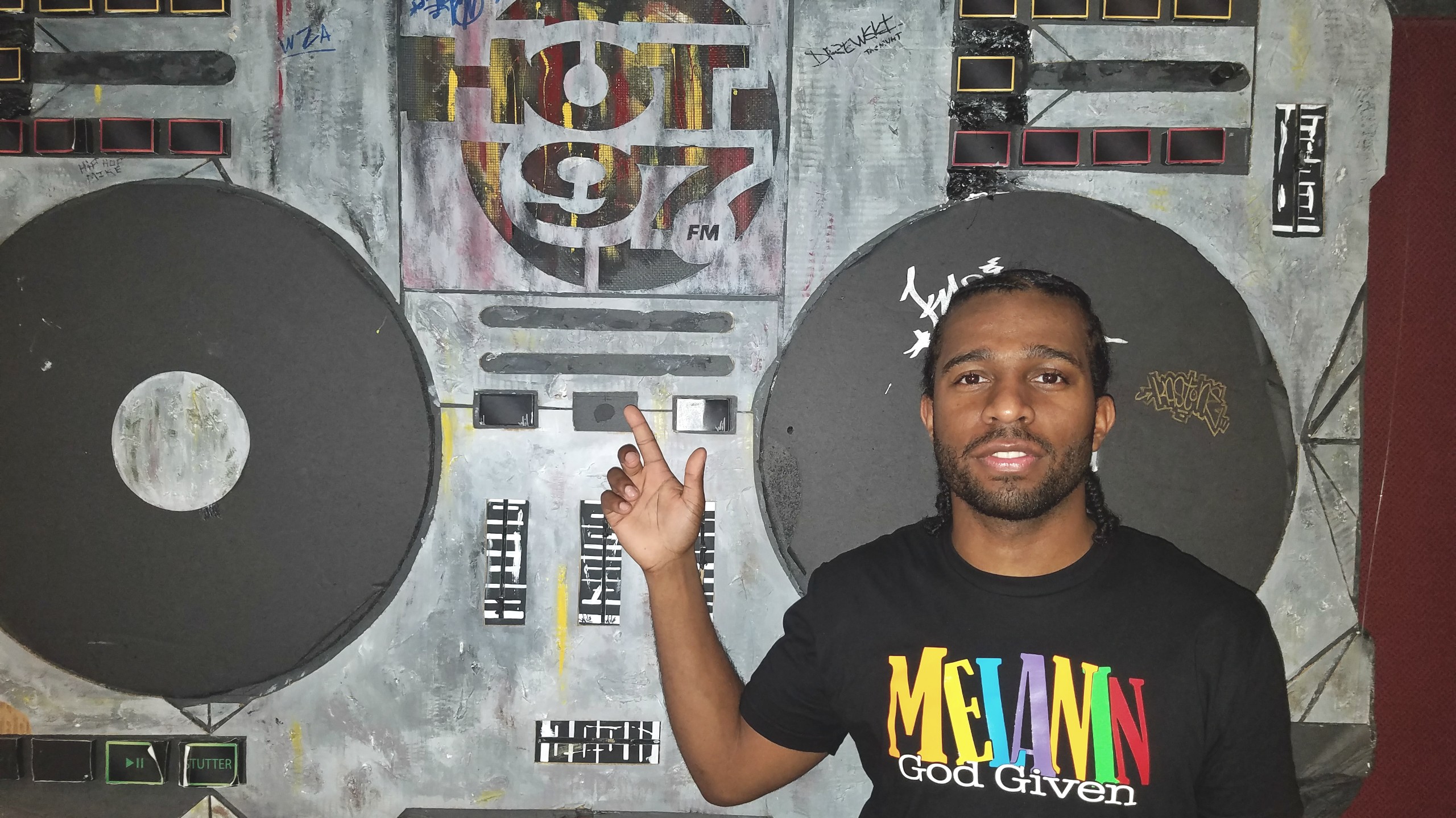 “I came from the Myspace era when Facebook was still in its early stages, minus all the networking potential it has today. Those social platforms, and others, eventually maximized my visibility over time.”

During the height of my college popularity, I became an invited member of The College Club Kings organization, a collective network of talented DJs. This group was instrumental in making me an in-house name to over 30 colleges located on the East Coast.

Who is your biggest inspiration?

S: I take inspiration from everywhere. I’m inspired by and respect many DJs and non-DJs. Radio DJs inspire me. Tour DJs are inspiring. DJs that have lanes in genres outside of hip-hop inspire me. Even the local DJs that don’t get much exposure inspire me.

I was there. At one time, I was the guy that didn’t get any bookings. So, I hung out in DJs’ booths, hoping they would let me play. I remember those days vividly. And how far I’ve come pushes me to succeed. It gives me the motivation to keep going.

I feel like a veteran in many aspects of my field, but I know I’m still a student of my craft. There are so many DJs that continue to break barriers. So, it makes me look at the culture from different angles. Watching how others succeed in this field provides me with new goals to look forward to. I respect all those people for making strides because they are opening new possibilities for individuals like me, who are up next.

What’s your most memorable night as a DJ?

S: There are so many memorable nights. Too many dope experiences and each one matters.

Many DJs do what you do, but you have a different opportunity that sets you apart, explain how that came about.

S: When I started as a DJ, my goal was to get any type of booking. It didn’t matter. Once I started getting the bookings I wanted, I wanted more, and more. Once I had a decent amount under my belt, I wanted to be that guy in my school, town, city, etc.

But traveling opened my mind and made me realize there’s a bigger goal. When I started getting booked in Georgia, I realized I can be popular in New York as well as Atlanta. Having a new environment, new people around me, and a new beginning was a breath of fresh air. My goal of being hot in one city was a thing of the past. One city wasn’t enough anymore. I wanted to be known in every state, and eventually the world.

“There are so many DJs out there that’s chasing minimal accolades. But not me. I have different opportunities because I imagined those opportunities. I created my own lane. And my DJing took off because I wasn’t just a DJ, I was also a promoter. I booked myself until I was in demand. I had to represent myself, and I reached my goals because I didn’t stop—no matter how hard it got.”

How did you and Cardi B meet?

S: We’re both from New York. But as big as the club scene is in NY, it’s also very small as far as the players are involved. We were connected. But I met her plenty of times before we started working together. Her current manager was booking me at clubs and I anticipated him being my manager. Also, I was one of the very first DJs spinning her records when she started officially releasing music.

“Working with Cardi has been the most pivotal thing in my career to date. She’s so important, so that automatically makes me important. Her story is inspirational. It reminds us that impossible is just a word.”

What’s one mistake you see a lot of up and coming DJs making? What advice can you give them?

S: The biggest mistake DJs make is becoming comfortable. I don’t know what everyone’s goals are, but I try to never get comfortable. I learned that to grow you have to sacrifice certain things that are already working for you. You can’t grow by doing the same things. Sometimes, you have to take a step back and give yourself time to create more opportunities to grow. 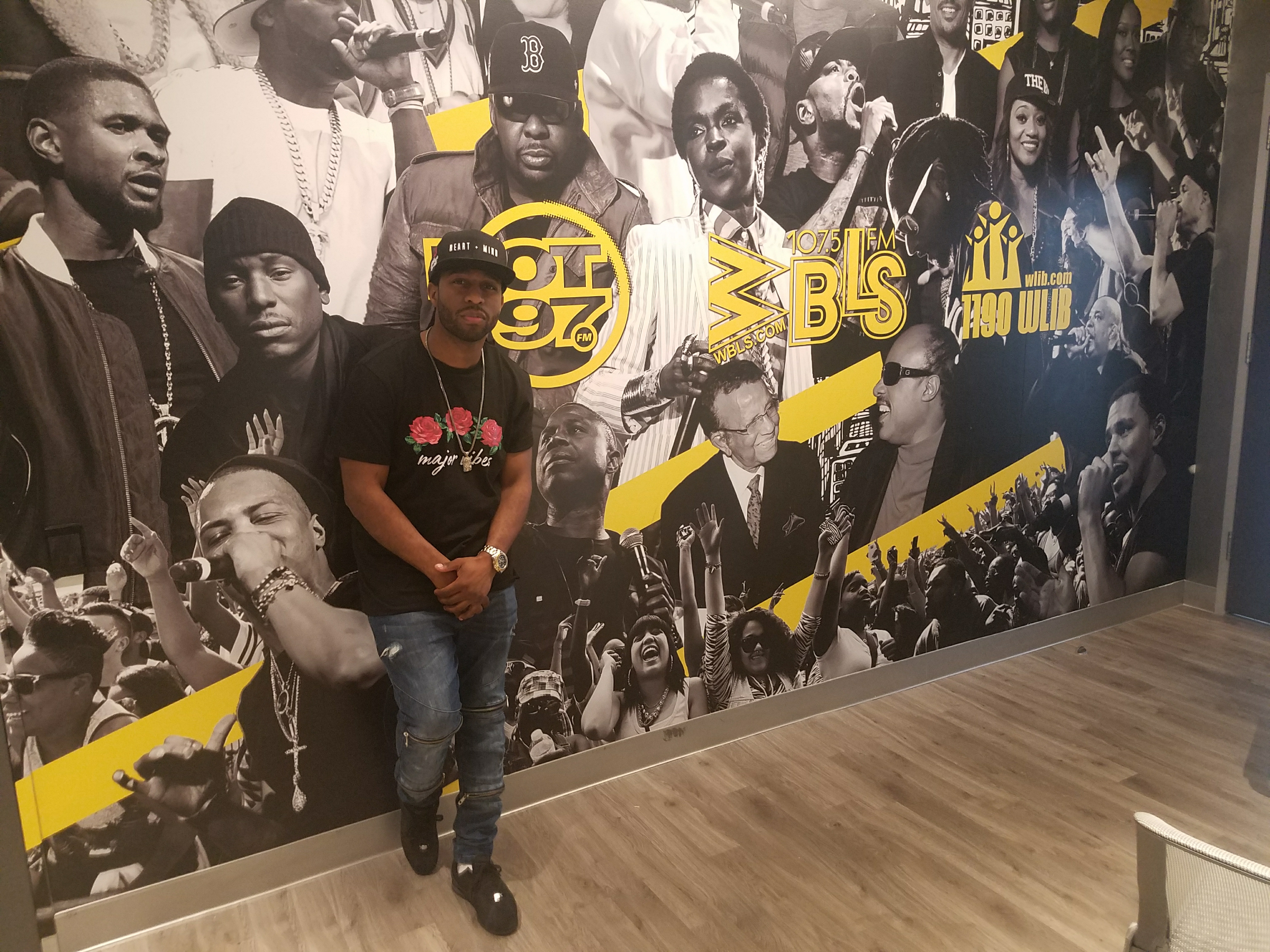 You don’t want to be the person always saying to yourself, “I wish I could do this but I can’t because I have this.” Sacrifice a little. Gamble a little. Invest in yourself and your brand. Your career will be trial and error, over-and-over-again. There are no simple blueprints for success. You just have to figure out which way will work for you.

What is your specialty in the music genre as a DJ?

S: No one wants to be in a genre box, but I’m most popularly known for hip-hop. Also, I’m just as comfortable with Dancehall and other Caribbean genres.

What’s one track that never gets old for you, no matter how many times you hear it?

S: I hate to name just one, so I’ll tell you the first two that come to mind.  “Return of the Mack” by Mark Morrison and “Back That Azz Up” by Juvenile. When these records drop in the club, no matter who you are, it makes you want to say, “Oh sh*t.”

Mark Morrison – “Return of the Mack”

Return of the Mack has such of a feel-good vibe that it will transcend any generation.

Juvenile – “Back That Azz Up”

And Back That Azz Up, [laugh out loud], I don’t think needs any explanation. It doesn’t matter if your pastor was right in front of you when you hear—Cash Money taking over for the ‘99 and 2000—everything is out the window from there.

What can we expect next?

S: I am currently building my Club DJ brand across the country and pursuing a career in radio. Also, the next things on my agenda are production and mixtapes, which you’ll get sooner than later.