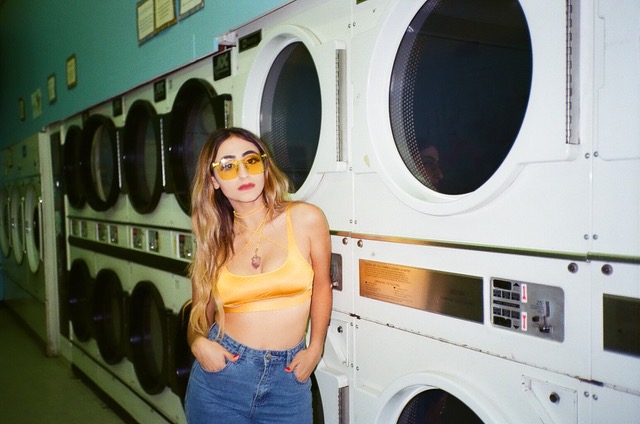 Disco Shrine releases visuals for her “Up In the Air” single

Disco Shrine (Jessica Delijani) is a Los Angeles-based pop artist. Not too long ago, she released a music video for her “Up In the Air” single.

Disco Shrine – “Up In the Air”

“This song is about my parents immigrating to America from Iran after escaping the Iranian revolution in the 70’s. ‘Up In the Air’ paints a picture of them literally up in the air on their plane ride over to America, leaving the past behind and looking towards their new future.” – Disco Shrine

The Andrew Butte-directed video finds Shrine inserting a VHS tape into its player. After pushing play, footages of her childhood years with her parents appear on a small TV. The following scenes show her standing in front of a painted wall, riding inside a subway car, and chilling on a goal post.

“The song is also symbolic of their whole lives suddenly being up in the air, uncertain, and not knowing what to expect at all.  It’s more so in my mother’s perspective. And the strength she had to leave her whole life behind to bring a better life for her children and family.” – Disco Shrine

Disco Shrine, a first-generation Persian-American, was born in the San Fernando Valley. She taught herself guitar and banjo at the age of 16 and started writing and performing folk music. She thrives off of being an outlet for listeners to be carefree, accepted, and liberated through dance music.