Daniel Herr is a Nashville-based singer-songwriter from Zurich, Switzerland. Not too long ago, he released a sensational pop ballad, entitled, “The Way It’s Supposed to Feel (Acoustic Sessions).”

“I’ve been a lover to many others before you baby. And I would wonder if someone better was waiting for me. And so, I’d run from one and off to the next, chasing something I wasn’t so sure exists. But all of my running was not in vain, I bumped into you on the way.” – lyrics

‘The Way It’s Supposed to Feel (Acoustic Sessions)’ tells an endearing tale about a young guy who is head-over-heels in love with his significant other. Apparently, when he was tired, and his lung was on fire gasping for air, he rested on his partner’s chest and revealed his scars. Therefore, he tells his companion with certainty, “It doesn’t get better than this. I know for sure this is it, there’s nothing else out there I’m missing.”

“Like heaven is next to you, a space I’m meant to fill.”

“The inspiration for the song came when my friend asked me to play at her wedding and I realized most of my love songs are about how much love can suck! So, I wrote this. She ended up not letting me sing it for the ceremony because the first line blatantly says how much of a ho I’d been in my early 20s, ha-ha.” – Daniel Herr explained

“If John Mayer makes Sob Rock, then I make ‘sob-pop,” Daniel Herr stated. The charismatic singer studied Philosophy and French at Oxford University and worked for a year at a law firm in Paris before moving back to the United States to pursue writing and recording music. Only a year after moving to Nashville, Daniel signed his first publishing deal.

“No doubt about it, in you I found it, thank God you were there.”

“Daniel is an amazing singer, but his songwriting is exceptional. We’re so excited to be working with Daniel and venturing together into the pop world.” – stated Ree Guyer, President and Owner of Wrensong Entertainment

Daniel Herr’s musical talent is obvious. His music is evergreen, something people can still listen to 50 years from now. 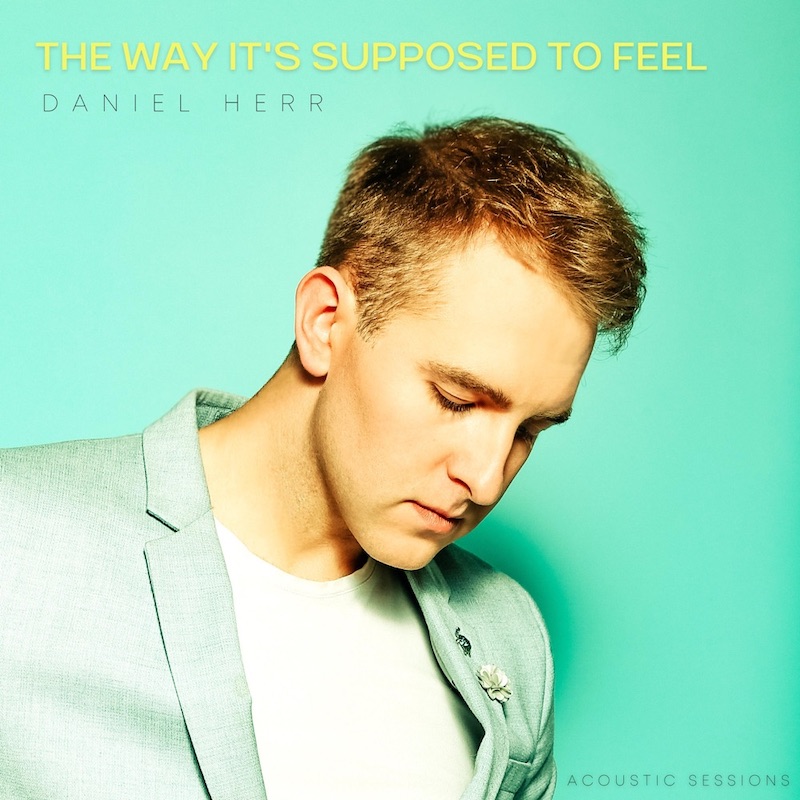 We recommend adding Daniel Herr’s “The Way It’s Supposed to Feel (Acoustic Sessions)” single to your favorite contemporary pop playlist. Also, let us know how you feel about it in the comment section below. Mel Blanc’s famous catchphrase, “That’s All Folks!” Thanks for reading another great article on Bong Mines Entertainment – the hot spot for new music. Always remember that (P) Positive, (E) Energy, (A) Always, (C) Creates, (E) Elevation (P.E.A.C.E). Contact us on social media via Twitter, YouTube, Instagram, or Facebook, and let us know what’s going on. “Disclaimer: This post contains Apple TV and Apple Music affiliate links. When you buy through links on our site, we may earn an affiliate commission.