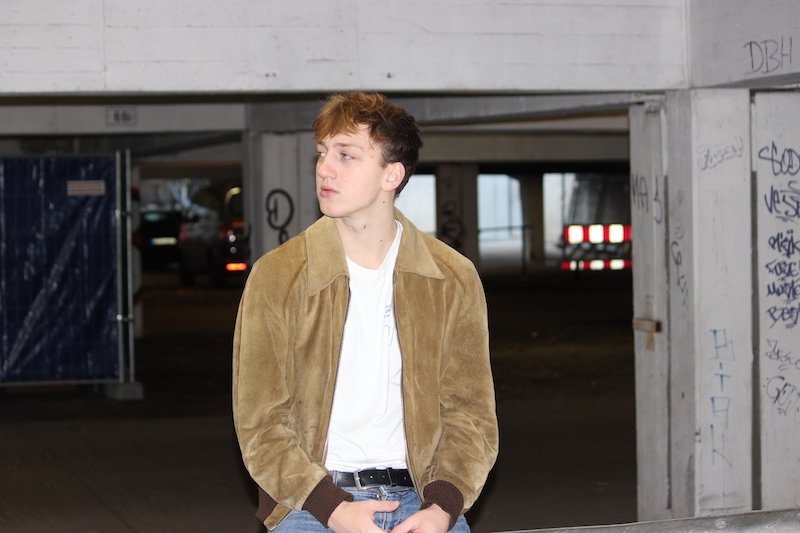 Clide is an up-and-coming German-American singer-songwriter. Not too long ago, he released a lovely debut single, entitled, “broken parts”.

“When we wrote ‘broken parts’ (me & production-duo The Companions), it was the first time we were writing together. But we immediately created a vibe that shaped the whole song. I usually get more inspired by melancholy and like to write sad songs, so we went all-in on that. Overall, the song is about looking back on something that could have been more than a broken relationship, ending in going separate ways. But not in a bitter or way, but more in a reminiscing, thoughtful, and apologetic way.” – Clide

‘broken parts’ serves as Clide’s biggest musical moment yet. Also, the song is a fantastic introduction to what listeners can expect to hear from the charismatic newcomer.

“The whole song is not made out of one particular story, that has exactly happened like this. But more out of fragments and different pictures inside my head, different experiences in my life that were combined to build the lyric. It is kinda like processing all the pain of heartbreaks combined in one fictional, but, somehow, a very real story, at least for me personally. There is definitely pain in singing this song. But it is somehow a beautiful, relieving pain, drawing a line between me and the past.” – Clide

So far, Clide is being compared to Lauv, James Arthur, and Coldplay. Also, he has earned recognition and worked with artists like Felix Jaehn, VIZE, and Mike Perry.

We recommend adding Clide’s “broken parts” single to your personal playlist. Also, let us know how you feel about it in the comment section below.