Tucked away in the small southern town of Rock Hill, SC, emerging singer-songwriter, Joshua Reid (aka Chris Buxton), is a multi-talented artist with an innate ability to craft singles that blend alt-pop and indie-alternative with hip-hop undertones. Over the last couple of years, Chris has spent many years behind the scenes as a songwriter, working with Skizzy Mars, Ted Park, Scott Helman, and Arizona Zervas. Not too long ago, he released a heartfelt alternative tune, entitled, “HEAT OF THE NIGHT,” featuring Natalie Carr.

“I wanted a project that would directly discuss where my relationship was at the time. For a while, it felt like I was really lonely in my own relationship and I wondered if it would even continue to work. I would ponder if I was the right person for her, and I would often question my own intentions. In hindsight, I had a lot of maturing to do and I think being able to get these thoughts out was a hard yet beautiful experience. Now, I realize that love is sometimes about fighting for someone until the end regardless if you know if it will work out or not.” – Chris Buxton explained

“I learned that I couldn’t control everything. And I realized I need to let go sometimes to really see things work. The songs are ultimately about the beauty of compromise and unselfishness in a relationship. On one side, you have ‘HEAT OF THE NIGHT,’ which discusses the honeymoon phase where everything is fresh and new in a relationship. Then it goes into ‘LMKWYD,’ where I’m having an internal battle on whether I need to push this person away or swallow my pride and be the man she needs me to be.” – Chris Buxton explained

‘GOOD THINGS DON’T LAST’ is nostalgic sonically and carries a wide range of rock melodies with heavy touches of pop. The EP is relatable lyrically and Buxton shines with his vulnerability and his ability to craft infectious choruses that will make you reminisce about your adolescent years. It is raw and direct, and Buxton’s brevity and intentions of grandeur are on full display.

“Even if I died a thousand times, I’ll still come back to say that I’m thinking of you.”

Chris Buxton has been making music professionally for the last five years. In 2016, he released his debut single, entitled, Remember. To date, the song has amassed over one million streams via Spotify. After that, he released “Mary, Lucy, I,” which also amassed over one million streams. Since then, Buxton has received media love and his music has been placed on multiple New Music Friday playlists. 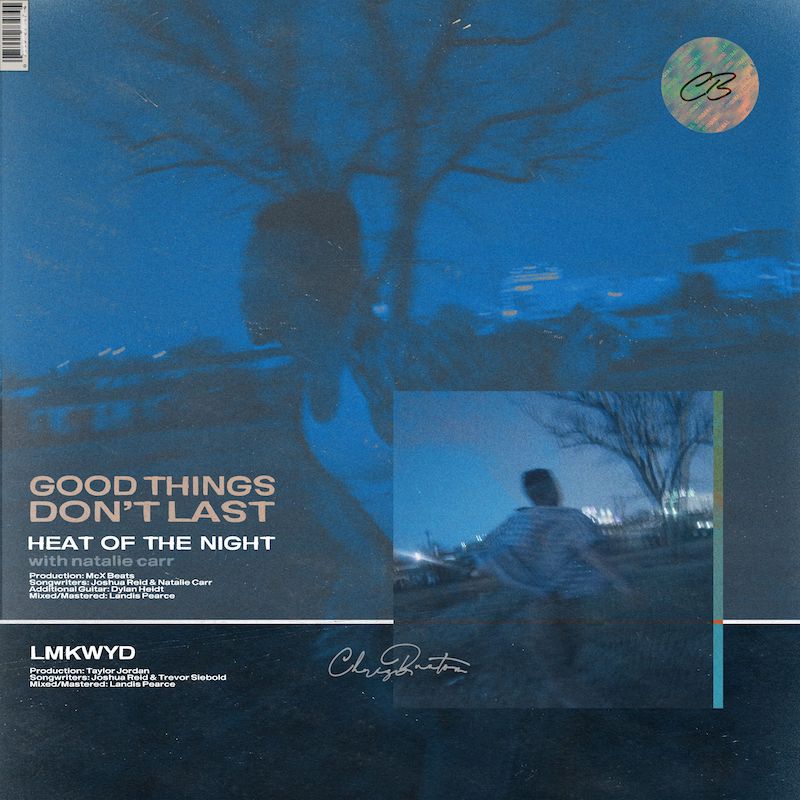 We recommend adding Chris Buxton’s “HEAT OF THE NIGHT” single to your favorite alternative playlist. Also, let us know how you feel about it in the comment section below. Mel Blanc’s famous catchphrase, “That’s All Folks!” Thanks for reading another great article on Bong Mines Entertainment – the hot spot for new music. Furthermore, always remember that (P) Positive, (E) Energy, (A) Always, (C) Creates, (E) Elevation (P.E.A.C.E).