Caroline Romano is a Nashville-based singer-songwriter from Mississippi. Not too long ago, she released a groovy indie-pop single, “Chopstix.”

“Draino down the tub, throw up in the club. Maybe it’s too much, maybe It’s too much. Chlorine in the pool, try to play it cool. Sleeping in a t-shirt, Band-Aids over sunburns. I kinda like the vibe. Oh, I kinda like your vibe. So, teach me how to use chopsticks on a night like this, my god. And I’ll watch you play guitar while you break my heart.” – lyrics

‘Chopstix’ tells a bittersweet tale about a young woman who shares a challenging relationship with her significant other. Apparently, it’s summertime, and all they do is small talk. While their ice cream drips on the sidewalk, they view a serene scene that includes passersby wearing bikinis and sand castles on the beach.

“‘Chopstix is kind of that beginning stage of infatuation and heartbreak. But it’s also really just a happy song. It’s finding things to reminisce on once it’s all over, and falling for the smallest, most specific things about a person. I write a lot about the aftermath of songs like ‘Chopstix,’ but this song is the prequel to the best and worst of romance. It’s young and clean and feels like childhood summers combined with late-night dinners following a day full of swimming.” – Caroline Romano explained

At just 20 years old, Caroline Romano has already written and performed into the hearts and ears of an anxious generation. She’s accrued millions of streams across her repertoire and has captured the attention of key tastemakers. Her songwriting abilities showcase her witty, introspective, and hopeful take on modernity, romanticism, and the highs and lows of being young in today’s society. 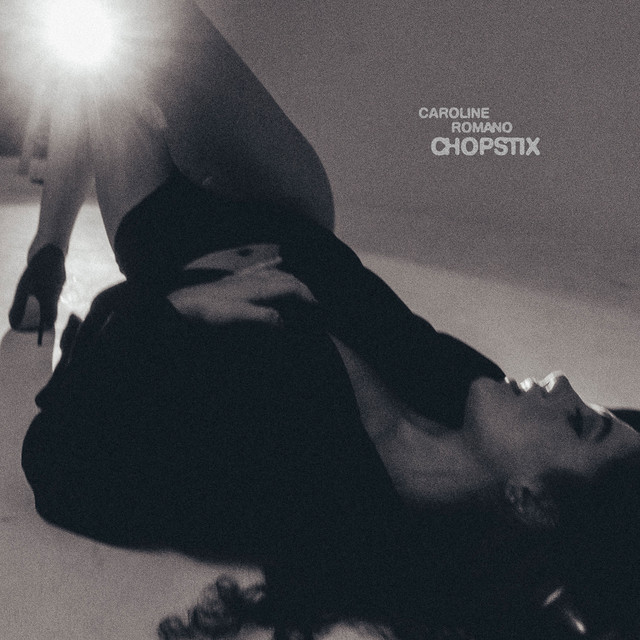 We recommend adding Caroline Romano’s “Chopstix” single to your favorite indie-pop playlist. Also, let us know how you feel in the comment section below. Mel Blanc’s famous catchphrase, That’s All Folks! Thanks for reading another great article on Bong Mines Entertainment – the hot spot for new music. Always remember that (P) Positive, (E) Energy, (A) Always, (C) Creates, (E) Elevation (P.E.A.C.E). Contact us on social media via Twitter, YouTube, Instagram, or Facebook, and let us know what’s going on. Disclaimer: This post, contains affiliate links, and we may be compensated if you make a purchase through links on our website.