Caitlynne Curtis is a Billboard-charting singer-songwriter. Not too long ago, she released a lovely music video for her “Mood Swings” single.

“I based ‘Mood Swings’ around a couple who are both going thru life and using drugs/alcohol to cope, which in return causes it to become toxic. Also, the song can be a metaphor for life as a relationship and the chaos that comes from the ups and downs we all face.” – Caitlynne Curtis explained

“I would say ‘I Will Survive’ is about my son who showed me I have more to live for than I thought. I’m so thankful for him showing me what a life of happiness is.” – Caitlynne Curtis explained

Caitlynne Curtis’s parents moved her whole family down to Nashville from Massachusetts when she was 12 years old so she could pursue music. After receiving a heartbreaking rejection from X Factor at the tender age of 16, Caitlynne thought she blew her chance at being a singer, but she never really gave up. Her life took a detour when she had her son at 19. Selling cars to support herself and her son, she would record covers of songs on her Instagram as a small way to keep her dream alive. Fortunately, the stars aligned, and the right person came along to change everything. Now, 13 years after moving to Nashville, Caitlynne is realizing her dream. She is currently signed to Angels & Outlaws, an independent label spearheaded by rapper, Struggle Jennings. 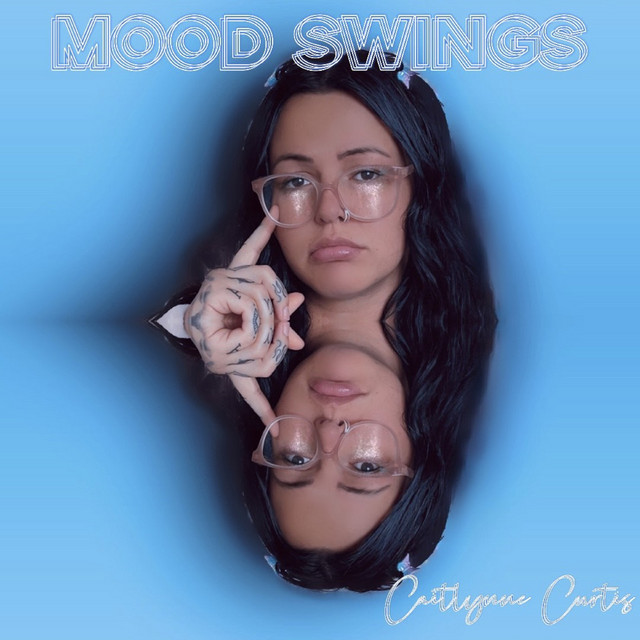 We recommend adding Caitlynne Curtis’s “Mood Swings” single to your favorite alternative pop playlist. Also, let us know how you feel in the comment section below. Mel Blanc’s famous catchphrase, That’s All Folks! Thanks for reading another great article on Bong Mines Entertainment – the hot spot for new music. Always remember that (P) Positive, (E) Energy, (A) Always, (C) Creates, (E) Elevation (P.E.A.C.E). Contact us on social media via Twitter, YouTube, Instagram, or Facebook, and let us know what’s going on. “Disclaimer: This post contains Apple TV and Apple Music affiliate links. When you buy through links on our site, we may earn an affiliate commission.