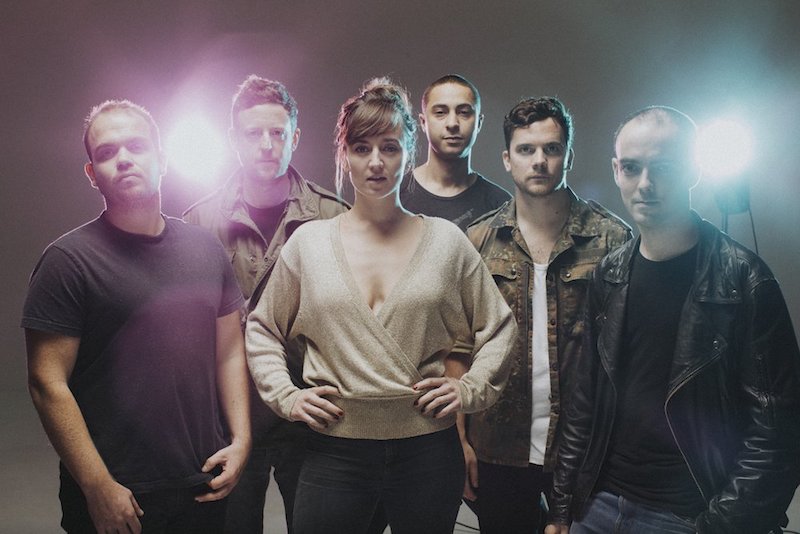 Cable Street Collective is a seven-piece band based in London, England. Not too long ago, they released an 8-bit video-game visual for their “Speaking In Tongues” single featuring Gregg Kofi Brown from the legendary Afro-rock band, Osibisa.

“The outrage that was sparked when a statue of a literal slave-trader was taken down in Bristol was mind-blowing. And then, looking across the Atlantic, it’s hard to ignore the parallels with what’s going on there. So that’s where we got the idea for our three ‘end of level bosses’ who are (obviously) Edward Colston, Boris Johnson, and Donald Trump. We liked the idea of doing it as an 8-Bit platform game, with us throwing pineapples because it felt like another good way of poking fun at these puffed-up ego-maniacs.” – Cable Street Collective stated

“Crown yourself a king again, you’ll be the first against the wall.” 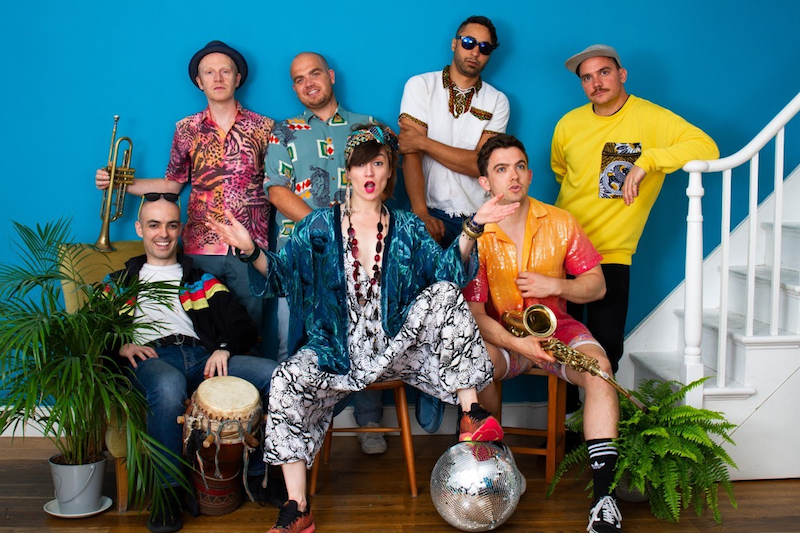 “There’s this current of British history that’s really revolutionary, including the ideas of civil war factions like the levellers (and of course, much later, the Battle of Cable Street) that never really gets the attention it deserves. (All too often, British history gets appropriated by people on the right. People who want to use it to defend the record of the empire, or push nasty, anti-immigrant rhetoric). So we were kind of referencing that with the lyrics. If anything, that culture war, those fights over history and identity, feel like they’ve become even more entrenched in the time between writing the song, and sitting down to make the video.” – Cable Street Collective stated

Prior to tours and festivals being postponed for the time-being, Cable Street Collective achieved critical hype and radio play. Last summer they added Glastonbury and Shambala to the long list of festivals they’ve played. Other festivals include Boomtown, Bestival, Secret Garden Party, The Isle of Wight Festival, and the Lake of Stars Festival (Malawi).

“‘Speaking In Tongues’ was written towards the end of last year, when it felt like the U.K. was descending into a full-blown culture war over Brexit. The lyrics are laced with references to the English Civil War, another period in the country’s history where you had these massively polarizing debates about parliamentary sovereignty. Also, the exercise of power by unaccountable leaders.” – Cable Street Collective explained

Cable Street Collective’s joyful sound mixes African-influenced guitars and beats with soulful female vocals and western melodies, creating an alternative-pop sound that’s all their own. Their rousing live sets, often featuring extended jams, are guaranteed to get everyone to their feet.

“Lyrically, it’s about what happens when relationships and trust – both personal and political – break down. Gregg suggested the chorus line, using speaking in tongues as a metaphor for talking at cross purposes. It conjured up images of individuals with entrenched, religiously-held views shouting at each other. That felt like a pretty good way to describe not just a break-up, but also the way the UK’s been led in recent years.” 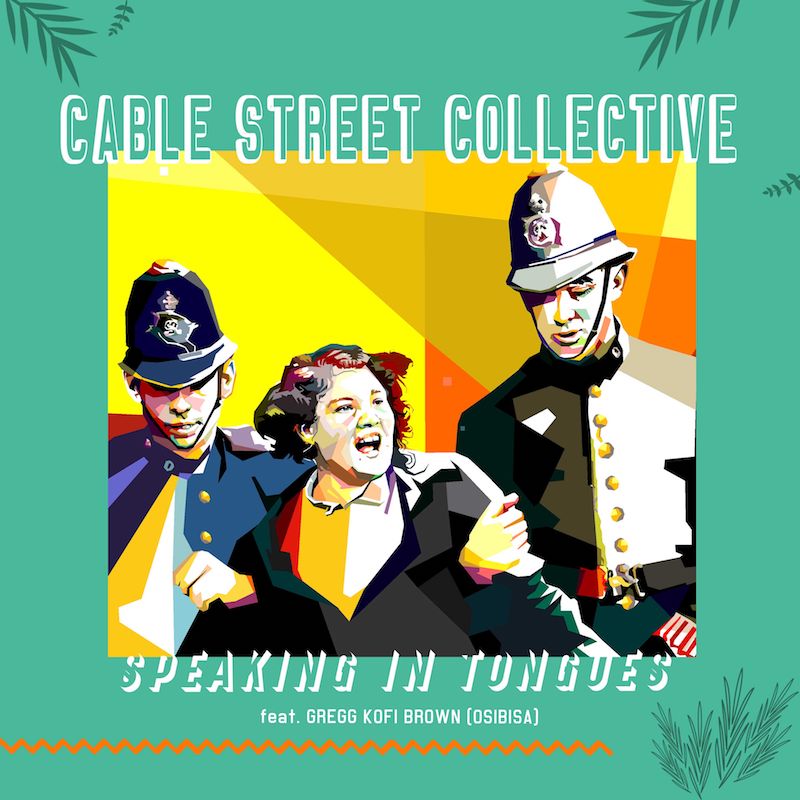 “You think, leaving’s easy, but you never saw what we could’ve been. Welcome to our uncivil war, you say a break will free me without a second thought. Why so cavalier? Can’t get my head ‘round it at all. You’re speaking in tongues, I can’t understand the sound. You’re speaking in tongues, that’s what you do. You say believing’s easy, that it’s just a sport. This is not your playing field, eat your Eton mess out in the hall.” – lyrics

We recommend adding Cable Street Collective “Speaking In Tongues” single to your personal playlist. Also, let us know how you feel in the comment section below. Peace.