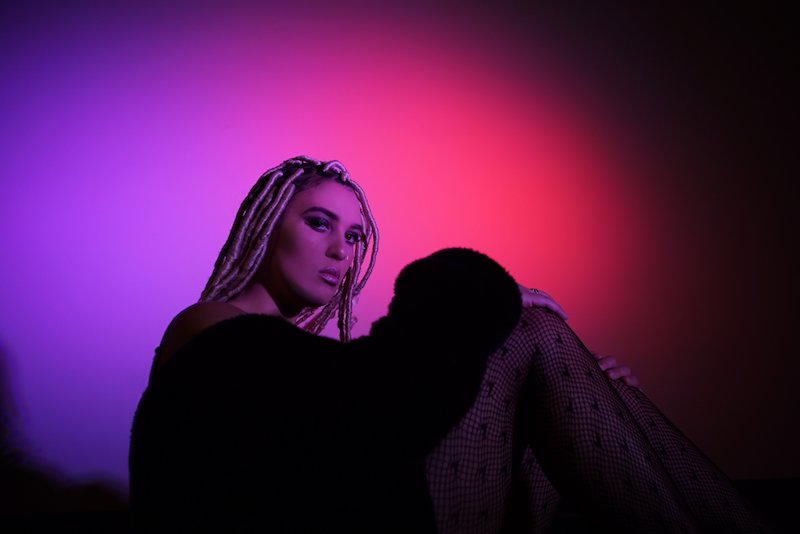 BROOKLNN releases a rhythmic pop tune, entitled, “Love Me Like That”

BROOKLNN is a singer-songwriter from Brisbane, Australia. Not too long ago, she released a rhythmic pop tune, entitled, “Love Me Like That”.

“I really wanted to write one of those songs you could cry to, dance to, make love to. An ‘all the feels’ song. ‘LMLT’ is based on a past relationship I was in that became really toxic. A whirlwind romance. Just a whole lot of lust and not a lot of thinking. Soon enough we realized we wanted different things but never said it out loud and eventually, he cheated. ‘LMLT’ is probably relatable to anyone that’s experienced that kind of relationship. Where you’d fall too fast, lose the spark just as quick and just sort of stay together because you think it’s better than being alone. I learned so much from that relationship and him.” – BROOKLNN

‘Love Me Like That’ was created by BROOKLNN, Martin Eriksson (producer), and Leony (German artist) in a Capitol Records’ studio in Stockholm.

The session was intended to be a co-write for Leony’s project but they soon realized it wasn’t the right direction for her.

BROOKLNN felt a strong connection with the concept they’d started so she went with her gut feeling and later revisited the lyrics and melodies with Martin.

Songs with a similar vibe to “Love Me Like That” includes “Crying In the Club” (Camila Cabello), “I Got You” (Bebe Rexha), “Be The One” (Dua Lipa), and “Sorry” (Justin Bieber).

We recommend adding BROOKLNN’s “Love Me Like That” single to your personal playlist. Also, let us know how you feel about it in the comment section below.