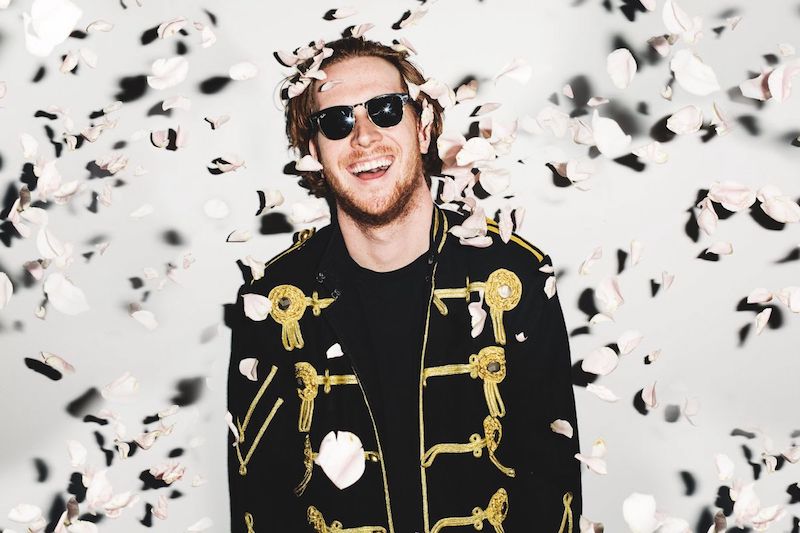 Bakermat is a talented Dutch DJ/producer. Not too long ago, he released an animated music video for “Trouble”, a jazzy dance tune featuring Hackney-based singer-songwriter Albert Gold.

“With this project I went back to where it all began, combining jazz with soul and dance. I think the main thing that makes this track special is it’s a bittersweet feeling. It’s sad, but also comforting and  uplifting.” – Bakermat

The animated audiovisual follows the story of Matt Baker, the animated dog character last seen in Bakermat’s previous single, entitled, “Partystarter”. Matt will be featured in all of Bakermat’s future releases. Also, the adventurous canine’s story will play out across a flurry of the Dutch producer’s hits.

“Trouble’ utilizes the slick vocal range of Albert Gold, an emerging UK talent. His emotive and rhythmic style has prompted some to compare his wonderful sound to the likes of Labrynth, Frank Ocean, and British R&B star Shakka. Furthermore, the bubbly tune contains a relatable storyline, sweet soul vocals, and vibey instrumentation flavored with percussive elements and harmonious vibrations.

Besides his studio creations, Bakermat often distinguishes himself with his live performances and hosts his own series, entitled, Bakermat presents The Circus. The series has touched down in cities like London, New York, Amsterdam, Paris, and Rio de Janeiro in recent years.

We recommend adding Bakermat’s “Trouble” single to your personal playlist. Also, let us know how you feel about it in the comment section below.