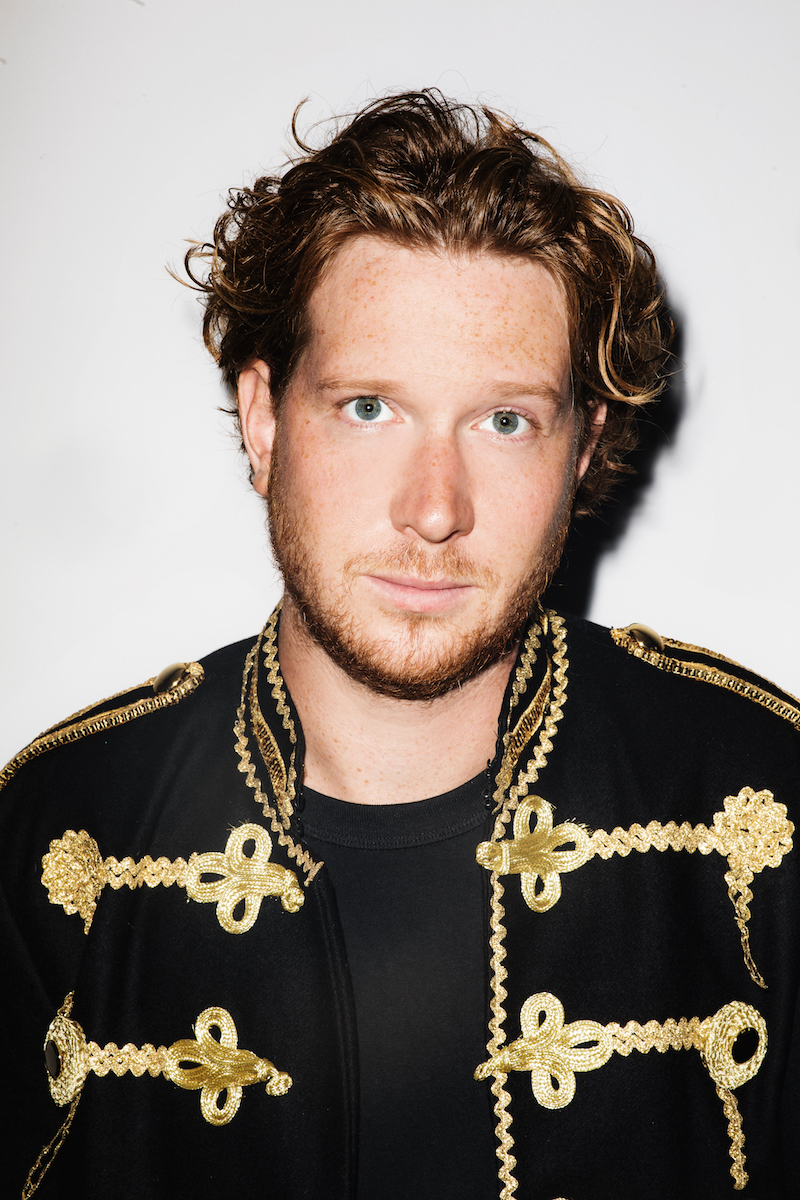 Bakermat (Lodewijk Fluttert) is a Dutch DJ and music producer from Amsterdam, The Netherlands. Not too long ago, he released an animated audiovisual for his “Bad Dreams” single featuring singer-songwriter, 7Chariot.

“I worked for more than three years on ‘Bad Dreams’. It’s personally my most special record to date. It’s stylistically something completely different than the happy tunes I usually make, but I really followed my feelings and instinct on this one. I think I made about 50 different versions of this track. I even considered having (a pretty famous) rapper featuring on one of the versions. But in the end came up with this one. I like it because it builds up really subtly. And it has big energy at the end when the trumpet kicks in. Also, I hope people will dig this tune, especially because they’ll be expecting something more like my previous work. But I think sometimes you have to take a risk as an artist!” – Bakermat stated

‘Bad Dreams’ tells a nightmarish tale of a frightened young woman who suffers from bad dreams. Apparently, she dreams of monsters chasing her down, cutting her open, and watching her bleed. And every time she wakes up in cold sweat with the haunting images stuck in her head. Therefore, she doesn’t want to ever say goodnight again, nor does she want the lights off at nighttime.

The music video for “Bad Dreams” stars Matt Baker and introduces his wife. 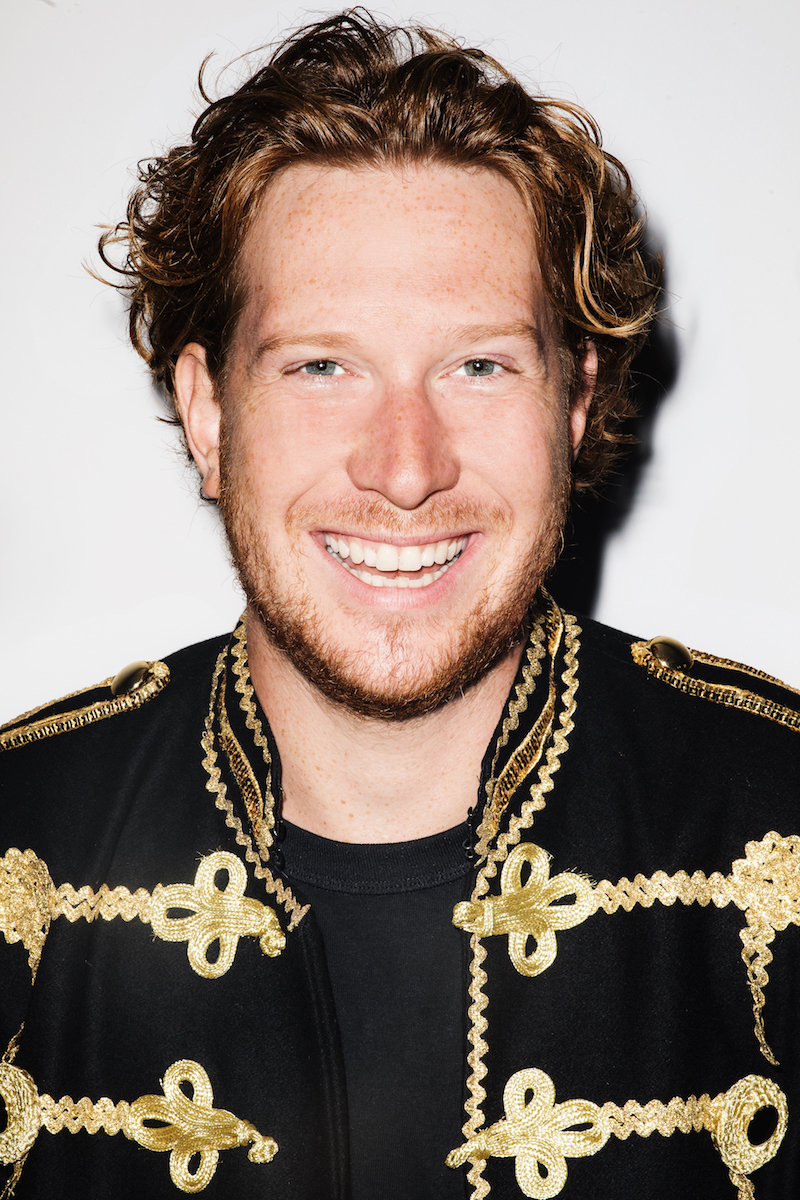 “Since ‘Partystarter’ I’ve been releasing animated videos for all of my singles. The cover is a collection of all main figures that played a huge role in the video clips of the singles presented in this album. The animated videos all follow the adventures (there is actual lore behind the separate videos) of hero Matt Baker, a DJ’ing dog with a circus jacket that’s from another planet. Every video you get to know more about him and his background. Every adventure is connected to the music and lyrics. Next year fans can guess the right sequence of all the videos so far and present their theory of the meaning behind them and the whole story. Also, the clips will be combined to make a full feature film in the future.” – Bakermat stated

Since revealing the first track on the album, entitled,  “Partystarter”, all following singles have been accompanied by animated videos. Each video compiled together tells the chronicles of Matt Baker, the animated alter ego of Bakermat. Also, the visuals give a glimpse into Baker’s stories that all connect to the music, each fitting into a puzzle illustrating the larger message Bakermat is sharing across his collection.

‘Bad Dreams’ serves as a fantastic presentation to what listeners can expect to hear on Bakermat’s latest album, entitled, “The Ringmaster”, released via Ultra Music. The project finds the artist-to-watch stepping outside of the box and into the ring. 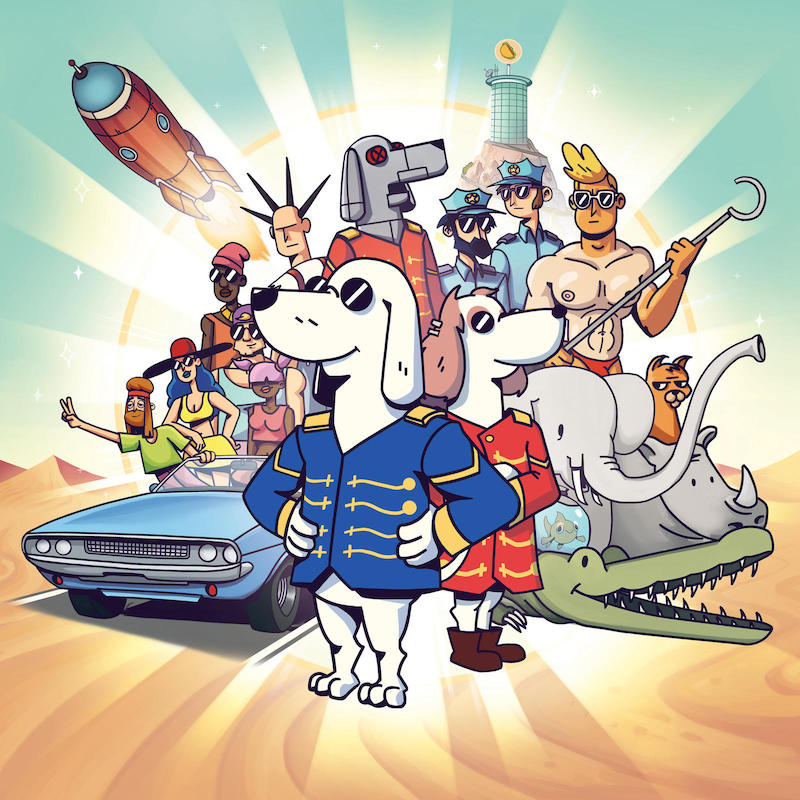 “I made the album ‘The Ringmaster’ to show my diversity as a producer, and to go against the idea that an artist should stick to one genre or style with his or her album in order for it to be a cohesive body of work. I think despite the big difference in style and genre between some of the songs, the tracks all have the same sound and express the same love for melody and live instrumentation that I have always cherished as a producer. The album consists of both really happy and really sad tunes. Just as life consists of both really happy, and really sad moments. My aim is for people to be cheered up by the happy songs, and find comfort by the sad ones.” – Bakermat stated

‘The Ringmaster’ features five brand-new tracks as well as previously released songs including “Partystarter”, ”Trouble”, “Learn To Lose,” “Baianá”, and his latest single “Under The Sun” featuring Kidda. The album marks the return of Bakermat since his smash hit with Kiesza on the single, “Don’t Want You Back”. Also, the project presents brand new collaborations with Alex Clare, Gossip Girl’s Emily Lind, BRÅVES, 7Chariot, and more.

“As all of you know, the circus has been a huge theme throughout my entire career. I wear a circus jacket on stage, have my circus radio show, and gave several circus-themed parties over the past couple of years all over the world. The reason for this is the symbolic value the circus has for me. A circus is a place where different styles, emotions, skills and performances take place under one roof. It’s a celebration of diversity. A visitor can laugh at a silly clown, get touched by an acrobatic performance, or enchanted by a magician all in one show. With this album, I am the ringmaster of my own circus presenting you with a big variety of songs in different styles. I hope the listener, just like in an actual circus, will experience a big diversity in emotions while listening.” – Bakermat

‘The Ringmaster’ explores more of Bakermat’s musicality, honing in on pop, jazz, rock, and soul, all blended seamlessly with his signature style. Together these influences meld into an invigorating playlist that has something for everyone. The ten-track project showcases the lengths and versatility of the electronic hitmaker including the chart-topping release, “Baianá”. So far, the song has been awarded Gold and Platinum status and surpassed over 100 million total streams. Also, it is featured on EA SPORTS’ FIFA 2021 soundtrack.

Bakermat has established himself as a staple across the globe in the melodic-house genre. So far, his music has accumulated over 500 million streams online via Spotify alone, and it is charting in more than a dozen countries. Also, Bakermat often distinguishes himself in his performances compared to other DJ’s by including live elements to his DJ sets. He combines his music with live artists on stage (saxophonists, singers, violinists, and percussionists).

We recommend adding Bakermat’s “Bad Dreams” single to your personal playlist. Also, let us know how you feel in the comment section below.