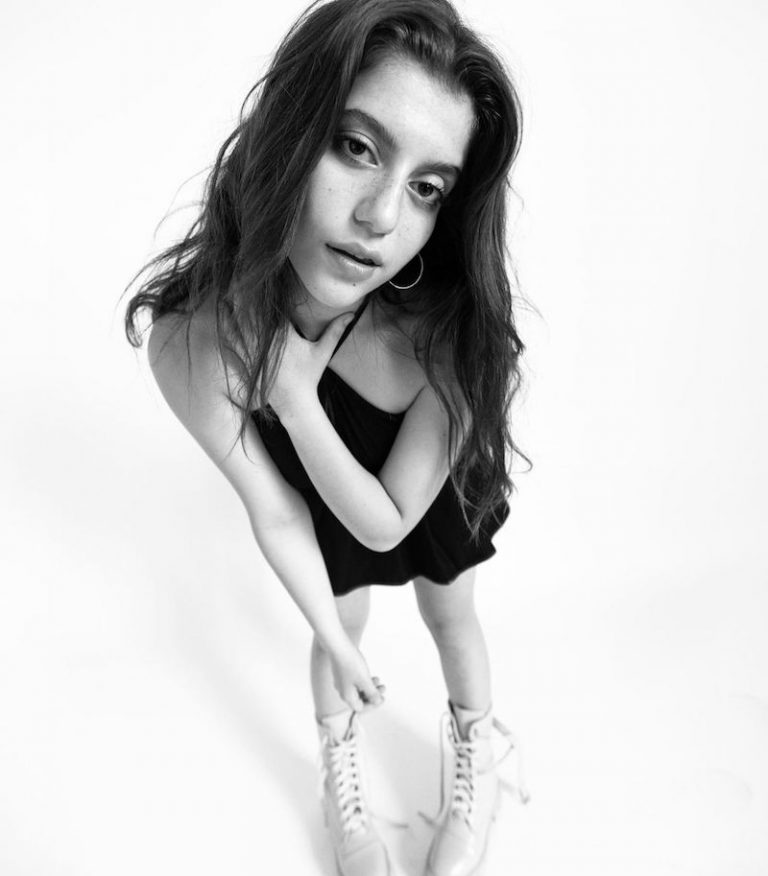 AVIV is a 15-year-old singer-songwriter and multi-instrumentalist from Toronto, Canada. Joined by OCTAVIO the Dweeb, she makes her Photo Finish Records debut with the official remix of her acclaimed indie hit, entitled, “Black Coffee.”

“With COVID, a lot of my friendships and my friends’ romantic relationships just came to a full stop. People drifted. When you pour out your cup of black coffee, there are all of these grains in the bottom that stays there. Those grains are all of the things that could’ve been pursued, but the cup was already poured out. That’s the deeper meaning.” – AVIV explained

“All of the memories and all of the warnings – poured it all down in the drain.”

“I’m just a teenager who acts much older, still gets excited about little things, and really loves to over-analyze her emotions and put them into music. I try to be true to myself with everything I do. The more AVIV the music is, the better.” – AVIV stated

You know all of those warm and fuzzy first-time feelings you get as a teenager—the ones you wish you could hold on to forever? AVIV retrofits those emotions into her songs. She pens the kind of affecting and arresting D.I.Y. pop that’s both nostalgic and visionary. After generating millions of streams independently, she continues to perfect this approach on a series of singles for Photo Finish Records. So far, AVIV has garnered acclaim from popular Spotify playlists including “young & free” and “bedroom pop” among others. 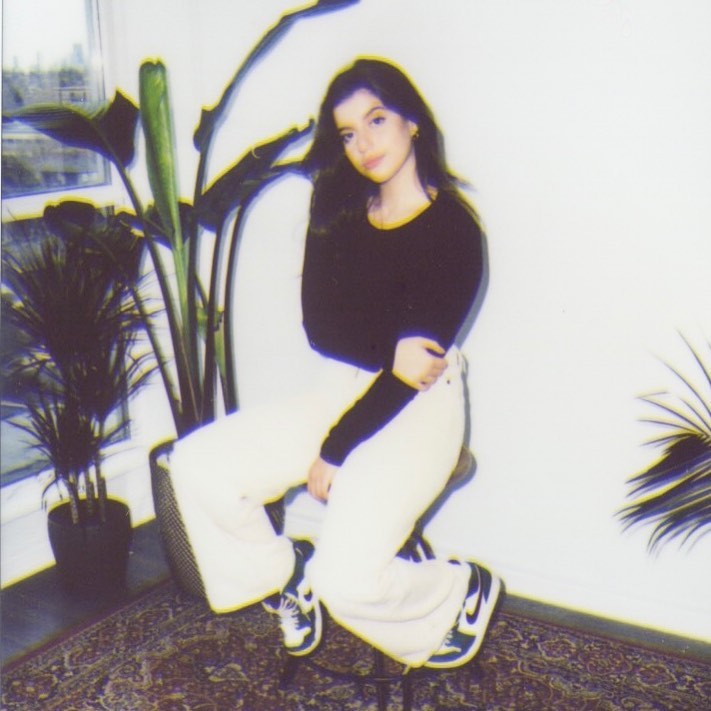 AVIV grew up in a big family of four siblings, including her twin brother. Every Saturday, they went record shopping together on Queen Street in Toronto, picking up classics by Fleetwood Mac, Radiohead, and more.

At six years old, she studied piano under “an old-fashioned teacher who scared me into practicing and getting good.” Around the same time, she developed her voice and eventually picked up a guitar. Casual poetry transformed into songwriting as she regularly played her early compositions for friends and family. Throughout high school, she obsessed over the likes of Clairo, Lorde, and Lana Del Rey. “They’re my three moms,” AVIV stated. 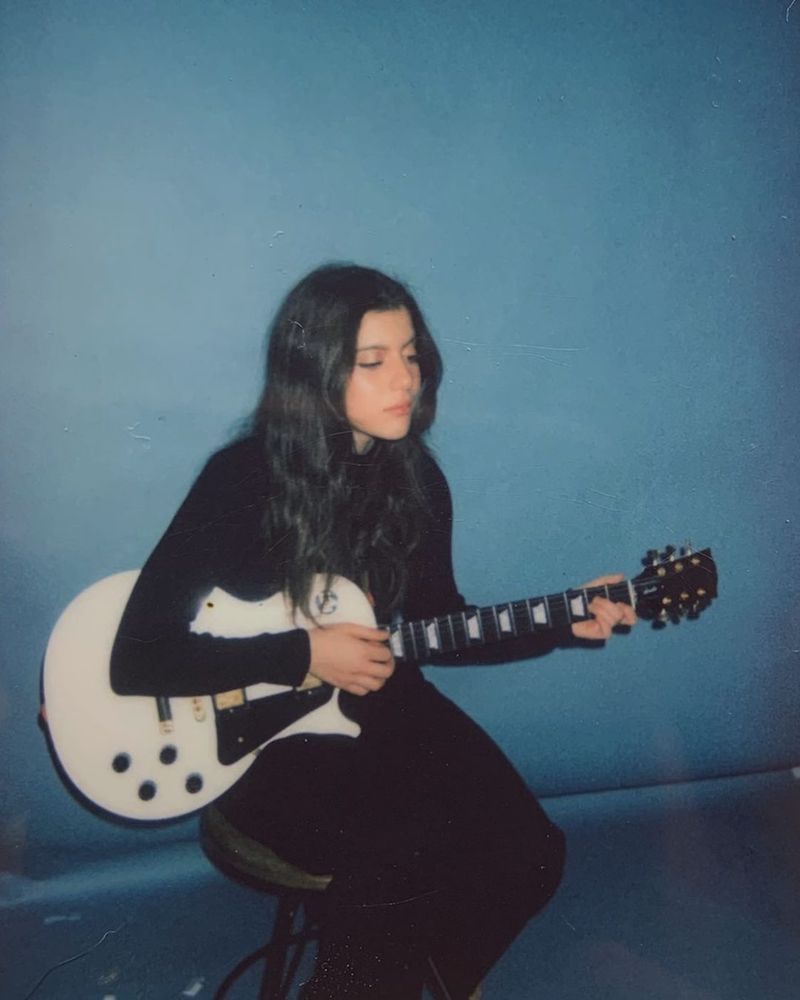 “Music became a way to convey my emotions. Since I won’t even talk to my friends about a lot of these things, it’s an outlet for me to talk about things I don’t talk about. If my song takes you somewhere emotional, there’s nothing better to me. Or, if it makes you answer a question you’ve had about your life, that would be amazing. My songs make me answer my own questions. When I release them, I hope they do the same thing for you.” – AVIV stated

Once the Pandemic hit, AVIV found herself listening to more music than ever and, at the same time, writing as well. Working with her big brother’s friend, Jackson Follemer (as co-producer), she regularly took the train to Montreal to visit them at McGill University and started to record music in 2020.

Following “Cookie Dough,” her independent single, “Girls In Red,” claimed coveted real estate on playlists such as “indie pop & chill” and eventually amassed hundreds of thousands of streams. “Frontlawn” and “Lonely B*tch” only increased her momentum with consistent organic growth. 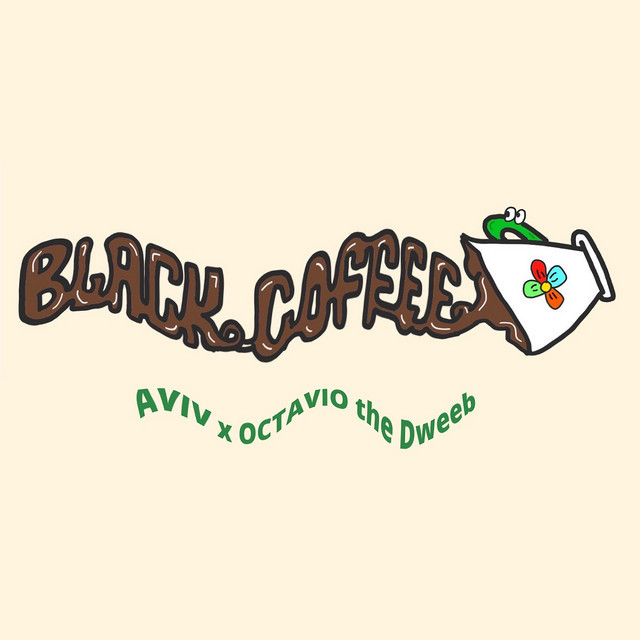 We recommend adding AVIV’s and OCTAVIO the Dweeb’s “Black Coffee” single to your favorite indie-pop playlist. Also, let us know how you feel in the comment section below. Mel Blanc’s famous catchphrase, “That’s All Folks!” Thanks for reading another great article on Bong Mines Entertainment – the hot spot for new music and song reviews. Furthermore, always remember that (P) Positive, (E) Energy, (A) Always, (C) Creates, (E) Elevation (P.E.A.C.E).