ARSENA releases an appealing music video for her spectacular breakup anthem, entitled, “With Or Without You”

ARSENA (formerly known as Arsena Schroeder) is a multi-talented singer-songwriter from Charlotte, North Carolina. Not too long ago, she released an appealing music video for her spectacular breakup anthem, entitled, “With Or Without You.”

The Edgar Marcano-directed video depicts some of ARSENA’s firsthand experiences with infidelity, infertility, and the plight of being a career-driven woman in a patriarchal world. The acting scenes find her with “Uncaged” actor, Artrezs Moton.

ARSENA – “With Or Without You” music video

‘With Or Without You’ contains bittersweet feelings, breakup subject matter, and ear-pleasing vocals that will resonate well with fans of H.E.R., Jazmine Sullivan, and Idman. The dazzling tune possesses heavy replay value and guitar-laden instrumentation bursting with contemporary R&B flavors and neo-soul undertones. Furthermore, “With Or Without You” is the first taste of what listeners can expect to hear on ARSENA’s third full-length album, entitled, “Metamorphosis: The Evolution of Arsena,” which features notable tunes such as “I Don’t Know My Name Anymore,” “Gotta Be More Than This” and “Do You.”

“I know I was true, I’ma make it with or without you.”

“Several women have reached out in solidarity and support of new beginnings and breaking the stigma that comes with divorce. Some have asked, ‘How are you making it through such a major transition?’ The answer? I embrace the change, feel my feelings, and have a great support system. I choose to celebrate the closing of a chapter I’ve outgrown.” – ARSENA explained

Despite the decade-long marriage, ARSENA says she no longer defines a successful marriage as long-lasting. She thinks it should be defined in terms of growth, authenticity, freedom, and honesty. ARSENA is one of those artists who progresses step by step. For several years now, she has regularly released excellent records and singles. She says writing this project meant shedding a former and less authentic version of herself, and she challenged herself to share her story.

Her “Metamorphosis: The Evolution of Arsena” album is available for pre-order via ARSENA’s crowdfunding campaign on Indiegogo from March 18 to May 16. For exclusive perks like limited edition vinyl, house concerts, t-shirts, artist coaching, executive producer credit, and more, she invites fellow “evolvers” to help make the album.

“With Or Without You” single 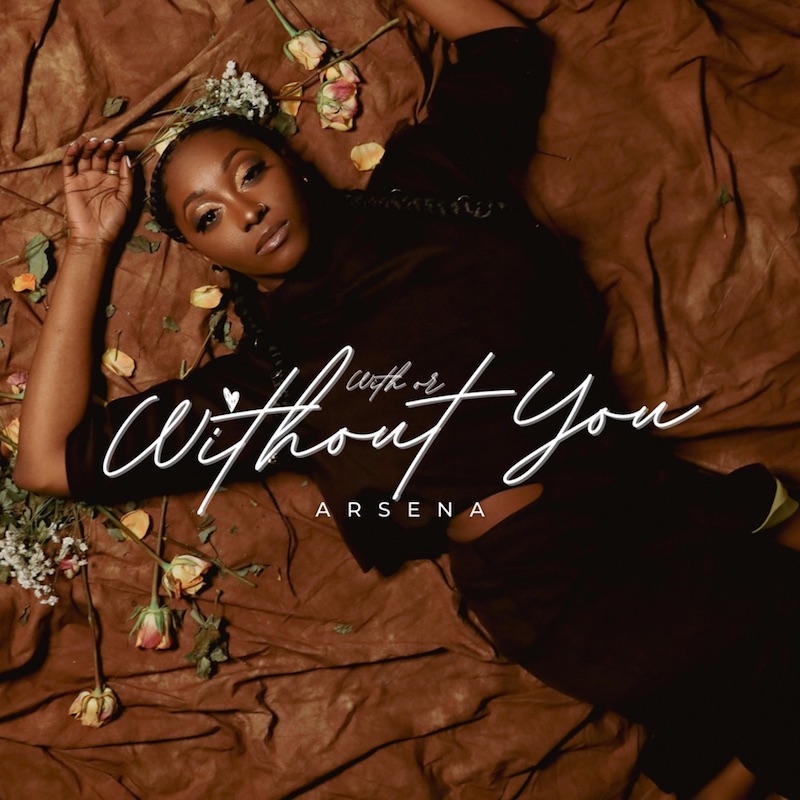 We recommend adding ARSENA’s “With Or Without You” single to your favorite contemporary R&B playlist. Also, let us know how you feel about it in the comment section below. Mel Blanc’s famous catchphrase, “That’s All Folks!” Thanks for reading another great article on Bong Mines Entertainment – the hot spot for new music. Furthermore, always remember that (P) Positive, (E) Energy, (A) Always, (C) Creates, (E) Elevation (P.E.A.C.E).