Antigoni releases an appealing pop single, entitled, “You Can Have Him”

Antigoni is a rising singer-songwriter based in London, England. Not too long ago, she released an appealing pop single, entitled, “You Can Have Him.”

Antigoni – “You Can Have Him” single

“Is it too much to ask for a love that last and stays obsessed with me? It’s what I need, it’s a lot to expect, but I only want the best. Whose eyes are just for me? If they’re not, then he can leave. You better listen up to what I’m saying, I need a man who thinks I’m amazing. Pretty, pretty girls in the club can’t face him.” – lyrics

‘You Can Have Him’ tells an intriguing tale about a young woman who isn’t worried about another woman taking her man because she knows her man is only loyal to her. Therefore, she admits, “If you can take him you can have him, I won’t try to make him stay. If you can take him, it means that he was not mine anyway.”

One of the UK’s most exciting young talents, Antigoni continues to grow with each release. Her “You Can Have Him” single contains a relatable narrative and ear-pleasing vocals that will resonate well with fans of Shakira. The likable tune possesses bouzouki-laden production flavored with a contemporary pop vibration. Furthermore, “You Can Have Him” marks Antigoni’s first release since her time on Love Island and follows her previously released single, “Hit List.”

So far, “You Can Have Him” has accumulated well over 2000 pre-saves on Spotify. To celebrate the release, Antigoni is throwing one of her notorious house parties. Attendees at the launch event for Red Flag include Anthony Joshua, Chunkz, Yung Filly, Nifé, Harry Pinero, and many more.

“This song is about knowing your self-worth and not settling when it comes to a relationship. The idea is, if someone can take my man, then they can have him because they shouldn’t be able to turn his head if his feelings for me are really true. If that person can be taken, then it means they were never really yours to begin with.” – Antigoni explained

Signing a publishing deal at age 14, Antigoni has since developed a powerfully sound that incorporates her cultural roots with her London city surroundings. This mix of genres and combining of Antigoni’s worlds results in a unique sound with a universally familiar tone. Antigoni has been routinely touted as a key musician to watch in 2022. This prediction has only been further amplified by a string of incredible live performances across Europe and a TV appearance as a contestant on Love Island UK.

With over one million Spotify streams and a global fanbase, Antigoni has drawn support from the likes of Manny Norte from Capital Xtra and Ellie Prohan on her Kiss FM Nights. Her tracks have witnessed regular support in Spotify’s New Pop UK, Fresh Finds Pop, and Fresh Finds playlists. Also, it has received similar support from Apple Music’s New Music Daily, Breaking R&B, New in Pop, New in R&B, and The Best New Music roundups. As well as completing interviews with Reece Parkinson (BBC 1Xtra) at Wireless Festival and Nikita Kanda (BBC Asian Network) on The Breakfast Show.

Antigoni – “You Can Have Him” single 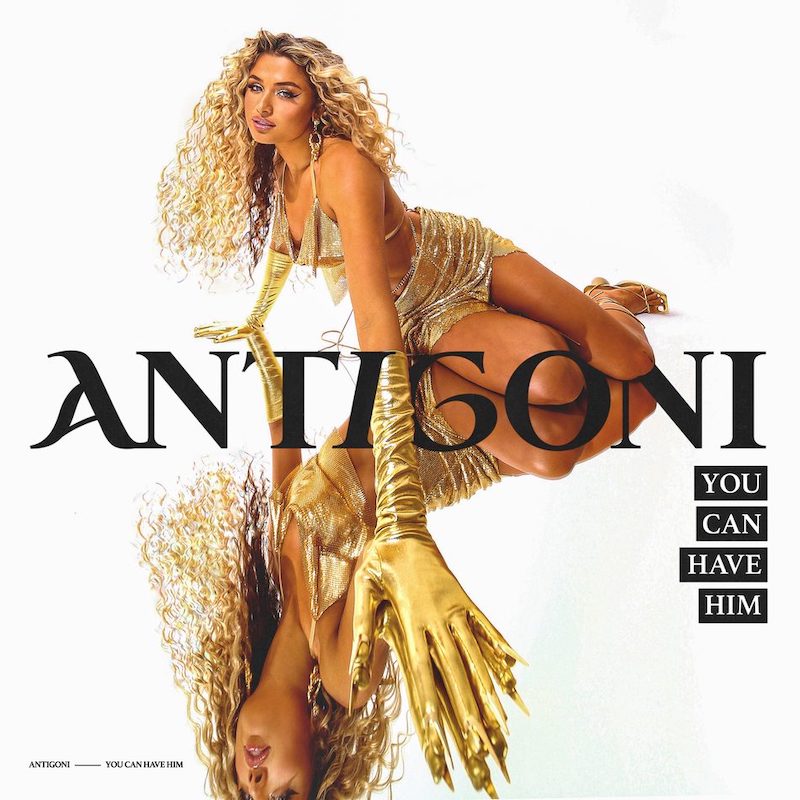 We recommend adding Antigoni’s “You Can Have Him” single to your favorite contemporary pop playlist. Also, let us know how you feel in the comment section below. Mel Blanc’s famous catchphrase, That’s All Folks! Thanks for reading another great article on Bong Mines Entertainment – the hot spot for new music. Always remember that (P) Positive, (E) Energy, (A) Always, (C) Creates, (E) Elevation (P.E.A.C.E). Contact us on social media via Twitter, YouTube, Instagram, or Facebook, and let us know what’s going on. Disclaimer: This post, contains affiliate links, and we may be compensated if you make a purchase through links on our website.