Anne Wilson is a talented singer-songwriter from Lexington, Kentucky. Not too long ago, she took home two awards at the 53rd annual GMA Dove Awards for New Artist of the Year and Pop/Contemporary Recorded Song of the Year for her breakthrough single, “My Jesus.”

Making a splash at her first-ever Dove Awards appearance, the evening brought Wilson’s touching performance of “My Jesus” to center stage. Wilson then enlisted the help of Hillsong Worship’s Brooke Ligertwood for a poignant rendition of “What A Beautiful Name” in honor of her late brother, Jacob Wilson, as his photos filled the screen behind her. The Dove Awards aired worldwide on TBN on Friday, Oct. 21, 2022. Fans who missed Friday night’s show can catch it on TBN’s YouTube channel or on the TBN app.

“I never imagined I’d be here tonight, standing on this stage and getting to be among all of you incredible artists. I want to thank my sweet brother in heaven who has inspired me. That’s why I do what I do, to honor Jacob, and I’m so grateful.” – Anne Wilson shared in her emotional New Artist of the Year acceptance speech

While accepting her New Artist of the Year Award, Wilson also thanked “My Jesus” co-writer and mentor, Matthew West, and announced their continued partnership. West will oversee Wilson’s management as the founder of Story House Collective, alongside Crowd Surf’s co-founder, Jade Driver, who will assist in a strategic management capacity.

The coveted Dove Award wins come on the heels of a recent announcement of Wilson’s first-ever American Music Award nomination for Favorite Inspirational Artist. The 2022 American Music Awards will air live from Microsoft Theater at L.A. LIVE in Los Angeles on Sunday, November 20th, at 8 p.m. EST/PST on ABC.

Wilson’s new single, “Hey Girl,” is an uplifting, energetic anthem connecting with fans across the country. Since its release, “Hey Girl” hit No. 1 on the TikTok Country playlist with 8.2M views on TikTok. Wilson had a multitude of fans join her in the making of the official “Hey Girl” music video, which was released in September, in support of the “Hey Girl” movement. Wilson has now launched “Hey Girl Nation” as a community for her fans to connect, encourage self-confidence, and remind members of their self-worth.

Expanding upon her record-breaking year, Wilson readies to release her first book, “My Jesus: From Heartache to Hope,” from Thomas Nelson on October 25th, 2022.

Anne Wilson – “My Jesus: From Heartache to Hope” book 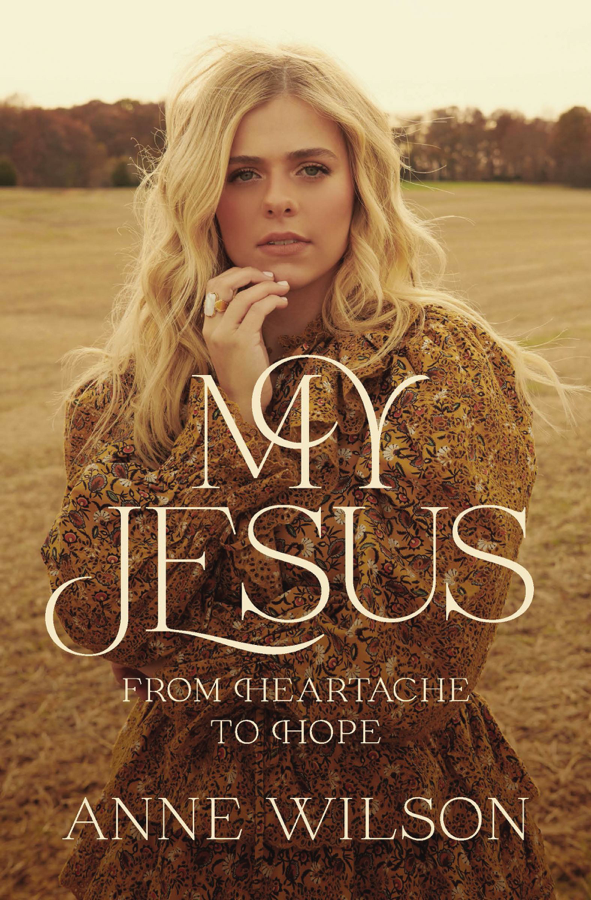 Drawing from her personal experiences of tragedy and loss, Wilson shares her detailed path to healing in this book that she hopes will help those going through similar experiences. You can catch Wilson live on tour opening as direct support for Casting Crowns this fall, and Phil Wickam later this year. For dates and more information, visit her website.

Anne Wilson knows the healing power of music firsthand. The lyrics of Hillsong Worship’s “What A Beautiful Name” became a lifeline for Wilson after her brother was tragically killed in a car accident at the age of 23. Although she spent much of her childhood behind a piano, Wilson sang in front of an audience for the first time at her brother’s funeral. It was at that moment that she realized what she was born to do.

A video of her moving performance organically circulated, eventually landing her a record deal. With a mesmerizing voice and a visible hunger for Jesus, the 20-year-old relies on personal journal entries and time spent in nature for songwriting inspiration.

Wilson’s introductory track, “My Jesus”—which she co-wrote with Jeff Pardo and Matthew West—is a warm invitation to experience her Savior in the same intimate way she knows Him. She released a debut three-track single—also titled My Jesus—for Capitol Christian Music Group in early 2021 and followed it up with a live EP, My Jesus (Live in Nashville). Her song, “My Jesus,” charted on the Spotify Viral 50, Shazam Top 200, and Rolling Stone Top 25 Trending charts.

Wilson’s story was also featured in the Religion News Service and The Washington Post. She made her Opry debut on the iconic stage in September 2021. Later, Wilson was featured in Billboard Magazine as the October 2021 Chartbreaker artist, and Wilson’s “My Jesus” single received a 2022 Billboard Music Award for “Top Christian Song” of the year. Her debut album, “My Jesus,” was released on April 22, 2022. 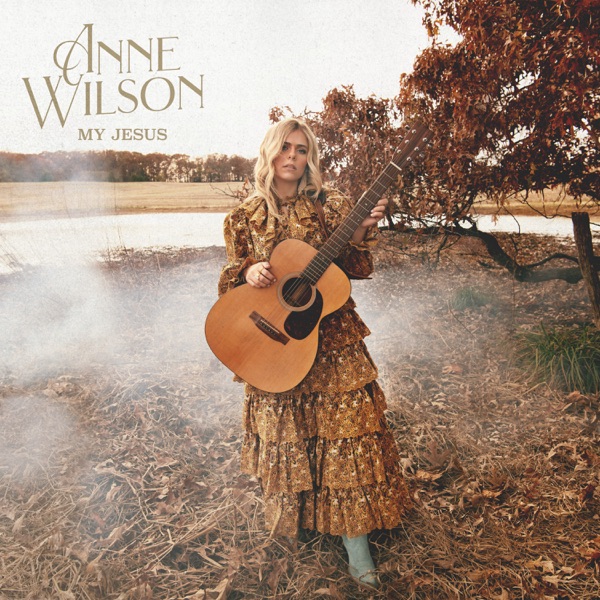 We recommend adding songs from Anne Wilson’s “My Jesus” album to your favorite Christian playlist. Also, let us know how you feel in the comment section below. Mel Blanc’s famous catchphrase, That’s All Folks! Thanks for reading another great article on Bong Mines Entertainment – the hot spot for new music. Always remember that (P) Positive, (E) Energy, (A) Always, (C) Creates, (E) Elevation (P.E.A.C.E). Contact us on social media via Twitter, YouTube, Instagram, or Facebook, and let us know what’s going on. Disclaimer: This post contains affiliate links. If you make a purchase after clicking a link, we’ll collect a share of sales or other compensation.