Anna Vee is a talented singer-songwriter from Sweden. Not too long ago, she released a spectacular Holiday single, entitled, “Feeling This Way,” produced by Steven Langs.

“Mm mm, can you hear it, the magic Christmas spirit? Listen, make a wish and believe it will come true. This Christmas, I see what I’ve been missing. What I need, was beside me all this time, I’ve been a fool. I need you, only you, I am ready to love. I’ve made up my mind but you are not here with me. That’s why I’m feeling this way, and you know it.” – lyrics

‘Feeling This Way’ tells a heartfelt tale about a young woman who wishes to spend the Christmas holiday season with her significant other. Apparently, her partner is not currently by her side, and because of that, she’s been in a gloomy state of mind. Later, she tells her companion, “You’re all that I want now for Christmas and all holidays.”

‘Feeling This Way’ contains a sentimental narrative and ear-pleasing vocals that will resonate well with fans of Leona Lewis, Mariah Carey, and Celine Dion. The emotive tune possesses bass by Thomas Blindberg, keys by Joakim Niehoff, guitar by Simon Löfstedt, and drums by Steven Langs. 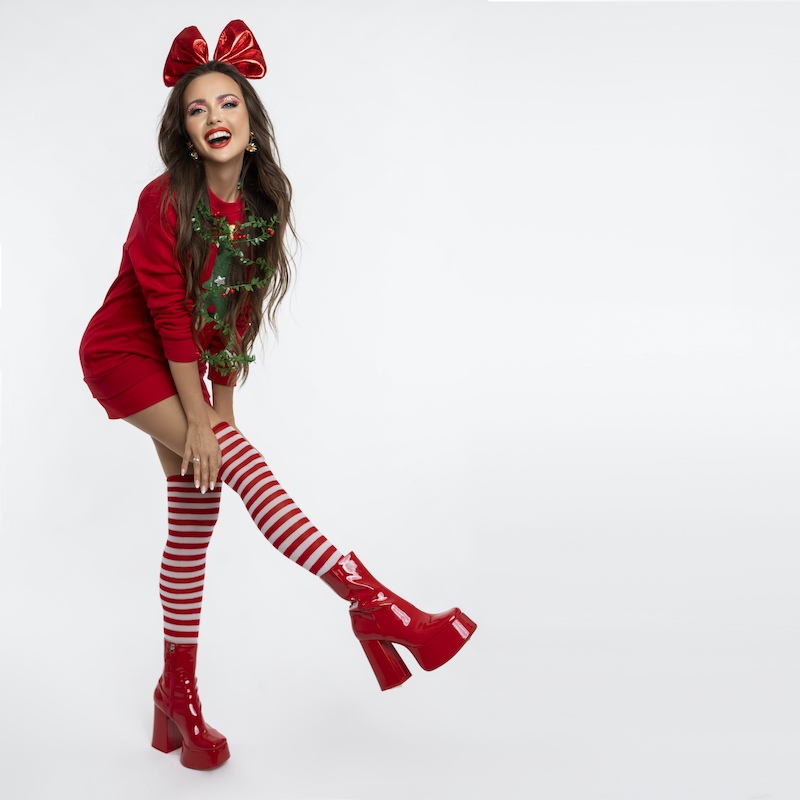 Anna Vee started her career as an actress, singer, and topliner. After living in London, she moved to Stockholm and started releasing music under her own name. Eventually, she found an audience with millions of streams and nice placements on the most attractive playlists and viral charts on Spotify. During the summer of 2022, Anna started releasing songs from her upcoming debut album that will see the light of day in 2023.

We recommend adding Anna Vee’s “Feeling This Way” single to your favorite Christmas holiday playlist. Also, let us know how you feel in the comment section below. Mel Blanc’s famous catchphrase, That’s All Folks! Thanks for reading another great article on Bong Mines Entertainment – the hot spot for new music. Always remember that (P) Positive, (E) Energy, (A) Always, (C) Creates, (E) Elevation (P.E.A.C.E). Contact us on social media via Twitter, YouTube, Instagram, or Facebook, and let us know what’s going on. Disclaimer: This post contains affiliate links. If you make a purchase after clicking a link, we’ll collect a share of sales or other compensation.