Ana Moura is an iconic Portuguese Fado artist. Not too long ago, she released a wonderful 18-track album, titled, “Casa Guilhermina.” Weaving together the threads of her life for this record led Ana to the album’s title, the name of her house, Casa Guilhermina, which is named after her Angolan grandmother. 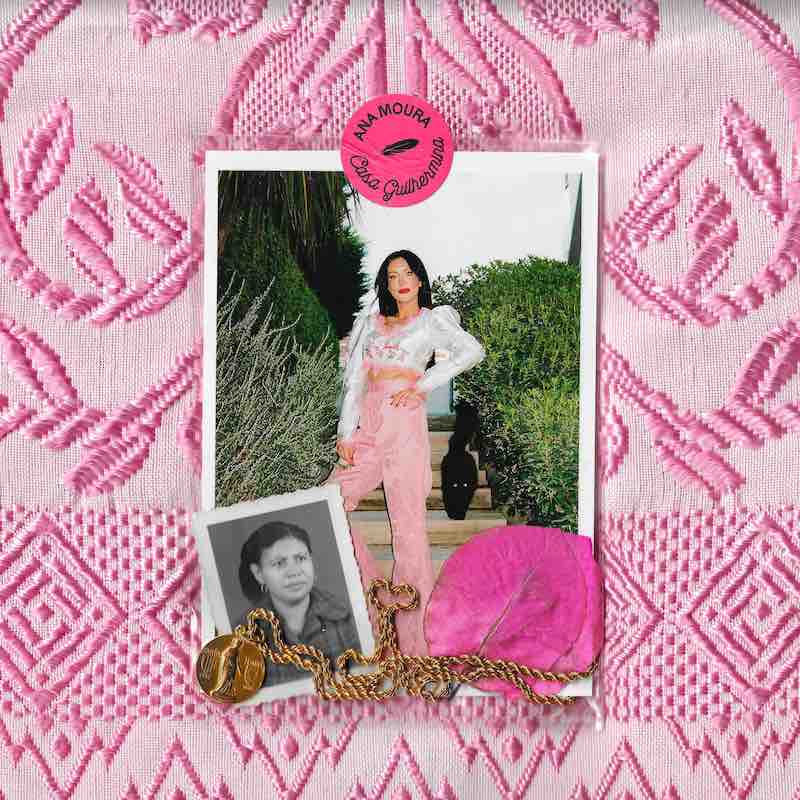 “This album has all these different aspects that are part of my life. I thought that it was the best name to describe that because my grandmother gave me that heritage. She was Angolan but her father was Portuguese. She sang fado, she danced to Angolan music, and she made me the woman that I am today.” – Ana Moura explained

‘Casa Guilhermina’ marks a departure for the singer, informed in part by Moura celebrating her bi-racial heritage, self-writing for the first time, and collaborating with contemporary Portuguese producers. The results blur Fado tradition with a forward-facing mix of African genres including Semba, Morna, and Kizomba, alongside Brazilian Samba and Chora.

Collaborators include Afro-electro producer Pedro Da Lindha, contemporary Portuguese artist Pedro Mafama, and long-standing Prince guitarist Mike Scott (Ana was a protegée of Prince’s, collaborating with him and visiting Paisley Park many times). A European headline tour will follow in the new year, including London’s Islington Assembly Hall on January 26, 2023.

Since the release of her debut album, Ana Moura has become one of Portugal’s biggest stars. To date, she has sold over one million records around the world. Her fifth album, 2012’s “Desfado,” produced by Larry Klein, became the best-selling record of the 2010s by a local act. Her follow-up, 2015’s “Moura,” became the 4th best-selling album of all time in Portugal. Along the way, Ana picked up fans in the media and was a close friend of Prince, who wrote a song for Ana called “Dream of Fire.” Along with such success came years of touring.

“I was so busy that I couldn’t stop. I always have difficulties saying no to work stuff, so I went into the studio. I had some songs, but they weren’t written by me. They were written by other musicians that I really love, but I didn’t feel like they were about what it was that I wanted to say with my music.” – Ana Moura stated

In the end, Ana put her foot down and everything stopped. At home, she headed to the clubs and parties of Lisbon, where she was introduced to younger musicians and producers, many of who were merging the rhythms of Angola and Cape Verde with Portuguese soul. The sound they created resonated well with Ana.

“My mum is Angolan, and my father is Portuguese, so this was my story, too. I grew up listening to Angolan music and I always felt very close to it, but I had never explored it myself.” – Ana Moura stated

When Covid lockdown hit Portugal, Ana invited two producers she met, Pedro Mafama and Pedro Da Linha, to stay with her. She wanted to see what magic they could cook up together. Before this, Ana had already started writing her own music.

“During the period that I stopped working for a bit, I lost my best friend, who was also my cousin. I wrote a song for her. That’s how everything started.” – Ana Moura explained

That song is ‘Mázia’, a beautiful ode to her cousin, as well as Ana’s own Angolan heritage. It recalls childhood memories of Ana and her cousin dancing to the Angolan music that their grandparents used to play.

“I really wanted to discover something new. I was fearless.” – Ana Moura stated

Ana’s attitude is evident all over “Casa Guilhermina.” From the slight brushes of auto-tune on “Calunga” to the watery electronic R&B and Kizomba of “Agarra Em Mim.” Jacarandá was written in honor of Prince, and Ana invited Prince’s guitarist, Mike Scott, to play on the track.

“He loved my music, but he was always saying, ‘One day I will listen to your music with a beat.’ I think he would have loved to listen to this rhythm. The lyrics are a homage to what we shared together, and everything that I learned when I spent time with him and that he left in me as a musician and individual.” – Ana Moura explained

We recommend adding songs from Ana Moura’s “Casa Guilhermina” album to your favorite Portuguese pop playlist. Also, let us know how you feel in the comment section below. Mel Blanc’s famous catchphrase, That’s All Folks! Thanks for reading another great article on Bong Mines Entertainment – the hot spot for new music. Always remember that (P) Positive, (E) Energy, (A) Always, (C) Creates, (E) Elevation (P.E.A.C.E). Contact us on social media via Twitter, YouTube, Instagram, or Facebook, and let us know what’s going on. Disclaimer: This post contains affiliate links. If you make a purchase after clicking a link, we’ll collect a share of sales or other compensation.