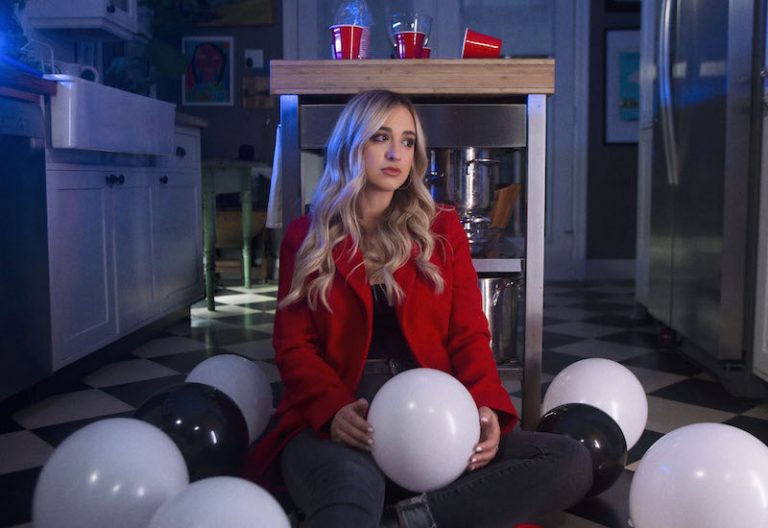 Allegra Jordyn is an up-and-coming singer-songwriter based in Toronto, Canada. Not too long ago, she released an appealing music video for her “Numb” single, produced by Chris Grey.

“‘Numb’ is what I like to call my anti-party anthem, and I think the video actively shows this. I wrote it at a time where I was suffering mentally but refused to let myself become numb to deal with my problems like people around me would do.” – Allegra Jordyn explained

Due to the strict COVID restrictions in Canada, Allegra Jordyn opted for a two-person crew during the shoot. The music video was shot, produced, and edited by Jordyn and Grey. It is illuminated by scenes of blue and pink tones, creating an ambient backcast to the video. Also, the video shows Jordyn at an empty party surrounded by balloons and empty cups, showcasing her lyrics perfectly. Furthermore, Jordyn is seen staring into an old TV as if looking for an answer from something that will only deliver blank static.

“I spend every lonely weekend in private to stop myself from going numb.”

‘Numb’ finds Allegra Jordyn belting out her struggles of entertaining herself with nightlife to prevent the voices in her head from taking over – muting them with the sound of the drums.

The likable tune contains a relatable narrative, ear-pleasing vocalization, and tuneful melodies. Also, “Numb” possesses beat-heavy instrumentation flavored with ‘80s-pop and swooping build-ups. Furthermore, “Numb” is the first single from Jordyn’s upcoming EP, Take It From Me, I Know. The project contains tunes that are deeply significant to her sound, her story, and her truth – and she is proud to finally reveal them.

“I’d be lying if I said I wanna waste my time tonight.”

“I’ve been holding on to these stories in my mind and in my heart, and I am definitely ready. It’s a warning to myself to remember what I’ve been through and to learn from it. I was making more folk acoustic, pop singer-songwriter tracks, accompanying myself on piano or guitar. Also, I was hesitant to experiment too much, concerned that it would take away from the songs. I know more of what I want production-wise. And I am confident enough to communicate that. It’s about what I want to say, and how I want to represent myself. Not about what someone else thinks will work.” – Allegra Jordyn talked about her forthcoming EP

‘Allegra’ is a name with an Italian musical heritage, denoting a quick, lively tempo.

“My parents had no idea that they’d have a child who made music. I love artists who form mysterious personas with their stage names. But I’m a very open and very honest person – it felt like a crime to have this name and not use it.”

“Sometimes we might go out with other people to distract ourselves from our own thoughts and feelings. In the lockdown, we were all forced to be in our own heads.” – Allegra Jordyn stated

Moving from Toronto to Boston, Allegra studied at the famed Berklee College of Music as a music business major. Returning home during the pandemic, she continued her studies online. While she appreciates the camaraderie of her classmates, she says that being back in Toronto allows her to focus on her craft.

“Voices in my head, they quiet with the sound of a drum.”

After growing up listening to classic rock artists, Allegra Jordyn acquired a profound respect for this legacy. Before writing lyrics and melodies, poems and short stories were her creative outlets. As a songwriter, her narrative arc is precise. She imagines, polishes, and revises her words until she has accurately crafted a story from start to finish.

“I probably write my lyrics out 100 times before I record them.” – Allegra Jordyn joked

Having made music from her early teens on, she says the suite of songs reflects a new chapter in her creativity. Also, her music utilizes deep sonic layers – spectral keyboards, inventive drum samples, and a chorus of voices. 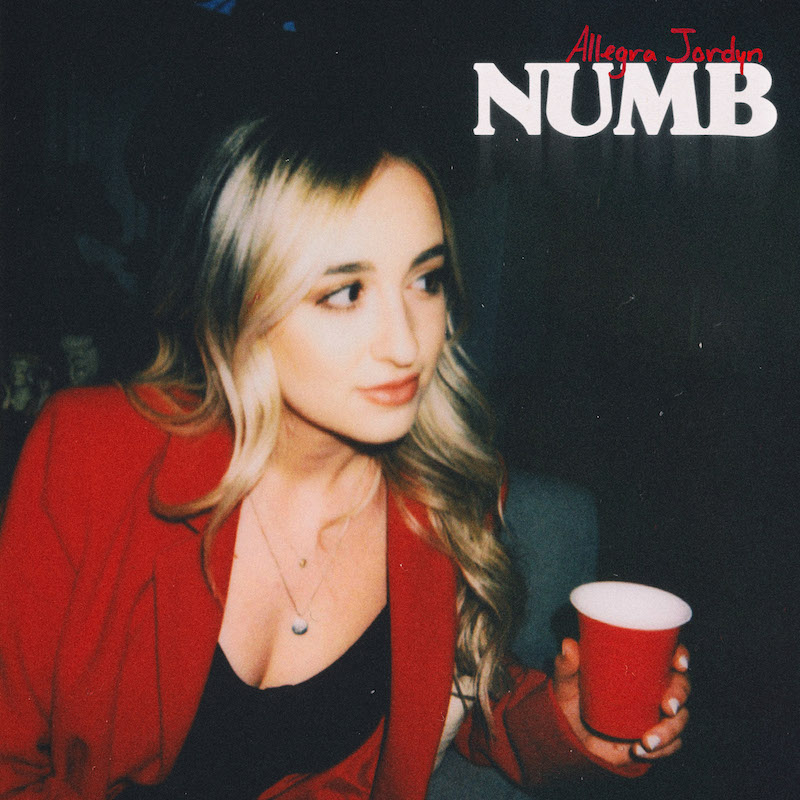 We recommend adding Allegra Jordyn’s “Numb” single to your favorite pop playlist. Also, let us know how you feel in the comment section below. Mel Blanc’s famous catchphrase, “That’s All Folks!” Thanks for reading another great article on Bong Mines Entertainment. And always remember that (P) Positive, (E) Energy, (A) Always, (C) Creates, (E) Elevation (P.E.A.C.E).