Airyen Vay is an LA-based singer-songwriter from Botosani, Romania. Not too long ago, she released an inspiring dance-pop remix single, entitled, “Breathe (Dj Yaang Remix),” produced by well-known Romanian radio producer, DJ Yaang (of Kiss-FM). In a world that divides us, Airyen is standing up for equality, human rights, and unity. All the earnings made from her “Breathe (Dj Yaang Remix)” single will be donated to Ukrainian refugees from Romania.

“I discovered this beautiful and amazing voice when she was invited on my radio show at Kiss FM Romania. That is when I instantly wanted to be, somehow, involved in her project. So I made this remix as a slap-house dance version, which brings a European sound to this powerful and uplifting song.” – DJ Yaang explained

The initial, unapologetically activist tune, “Breathe,” produced by Douglas Martung, created controversy for its message to ‘breathe’ at the height of the COVID-19 pandemic. The song, which was inspired by images of global youth protests, now has another valuable purpose. It serves as a comforting beacon of hope for Ukrainian refugees displaced because of the Russian invasion of Ukraine.

“‘Breathe (Dj Yaang Remix)’ is a fun way to spread a positive message on the dance floor.”

With “Breathe,” Airyen Vay continues the trend of using her music in a powerful way. This time, she calls out to the world’s younger generations with a simple message: make your voice heard. Through her uplifting and infectious pop vocals, Airyen encourages youth protest and members of the younger generations to do whatever it takes to bring about positive change in the world. At its heart, this track is about fighting for what is right, no matter what controversy it may cause or how others around you might react to it. Throughout the song, Airyen continually uses the chorus to plead with listeners to just, “breathe.” In doing so, she is reminding listeners that they cannot allow themselves to be suffocated by a fear of upsetting others. 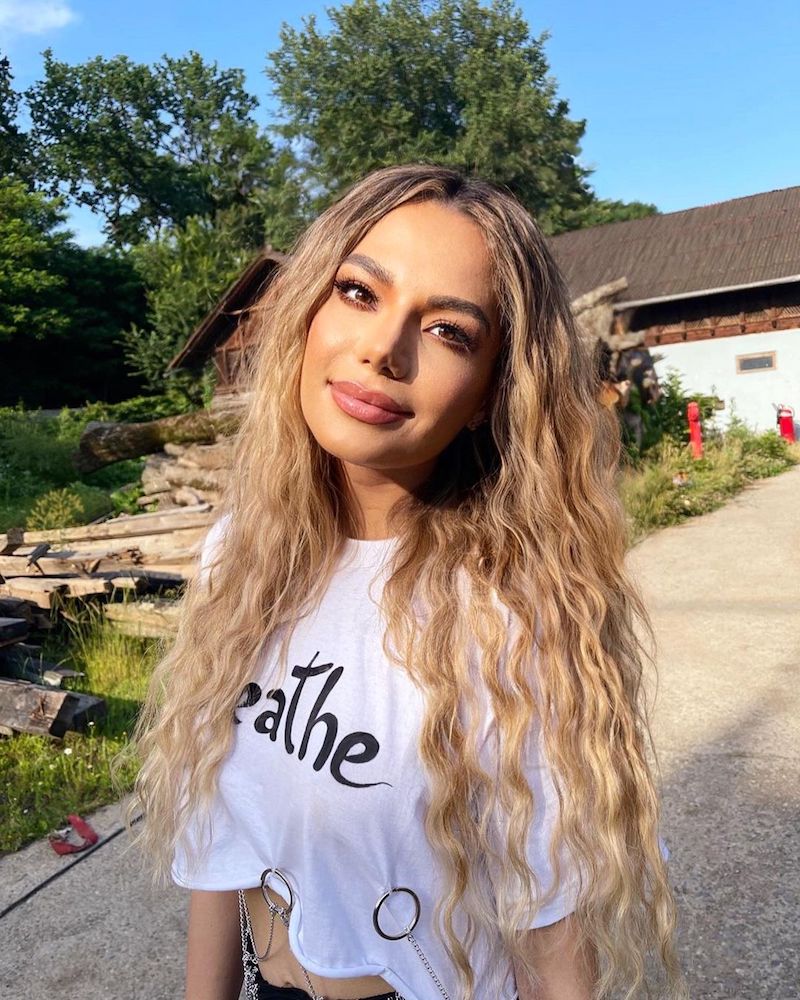 The Barna Nemethi-directed video finds Airyen encouraging the youth of the world to make their voices heard. The singer delivers a stirring vocal performance that is sure to resonate with all listeners who currently feel trapped by the expectations and beliefs of those around them. To help illustrate Airyen’s vision and this gripping message, international actress/movie star, Maia Morgenstern, makes a rare feature appearance. 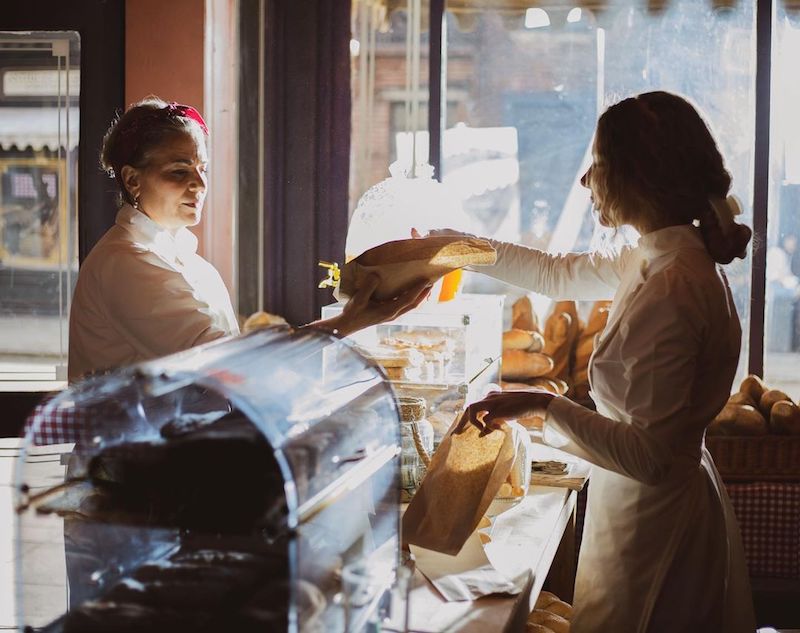 “This is a movie, a true-life story. A conflict between generations and limited situations between parents and children. There is a feeling of not being heard and seen by some of the most important people of anyone’s life, your mother or your child. This video is so true, so real, so honest and so meaningful. The communication between me and Airyen was perfect. It was the ideal chemistry and empathy. We understood each other very well and we exchanged ideas in the most creative way. A connection based on admiration and respect shared by both of us.” – Maia Morgenstern explained

Playing the role of Airyen’s mother, Morgenstern fights with her impassioned daughter who wants to join other members of her generation as they march in protest past the family’s bakeshop. Despite her resistance, Morgenstern’s character soon realizes that it is not right to stop her daughter from speaking out. Rather, the best thing she can do as a mother is to encourage her daughter to use her own voice. On a deeper level, Morgenstern fills the role perfectly as she experienced notable real-life criticism and backlash for playing the role of Mary in the box office smash, “The Passion of Christ (2004).” 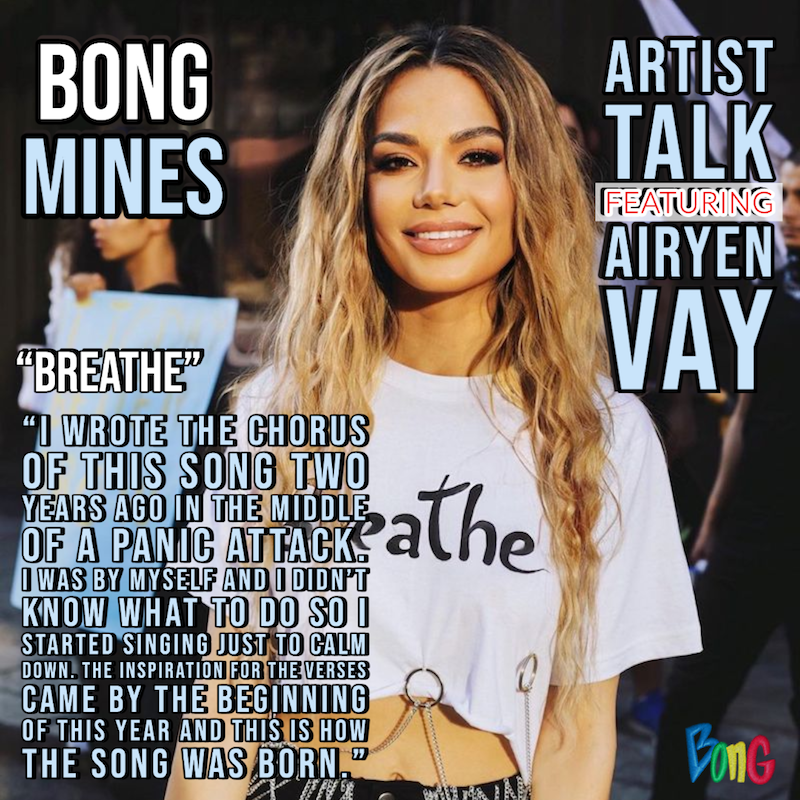 “I wrote the chorus of this song two years ago in the middle of a panic attack. I was by myself and I didn’t know what to do so I started singing just to calm down. The inspiration for the verses came by the beginning of this year and this is how the song was born.” – Airyen Vay explained

Perhaps her most ambitious project to date, Airyen Vay hopes that “Breathe” can inspire listeners to bring about positive change in the world. The charismatic singer has made a name for herself with hit singles like “SAY” (2019) and “Love Me Like You’re High” (2021). Each of her songs has displayed her unique inner voice that is distinctly edgy, powerful, bold, and authentic. Even more impressive, Airyen is never afraid to use her music to speak to pressing world issues and themes of love, equality, and inner peace. Currently, Airyen is working on her debut album, which promises to have high expectations.

“We go higher and higher until we find the air we need.” 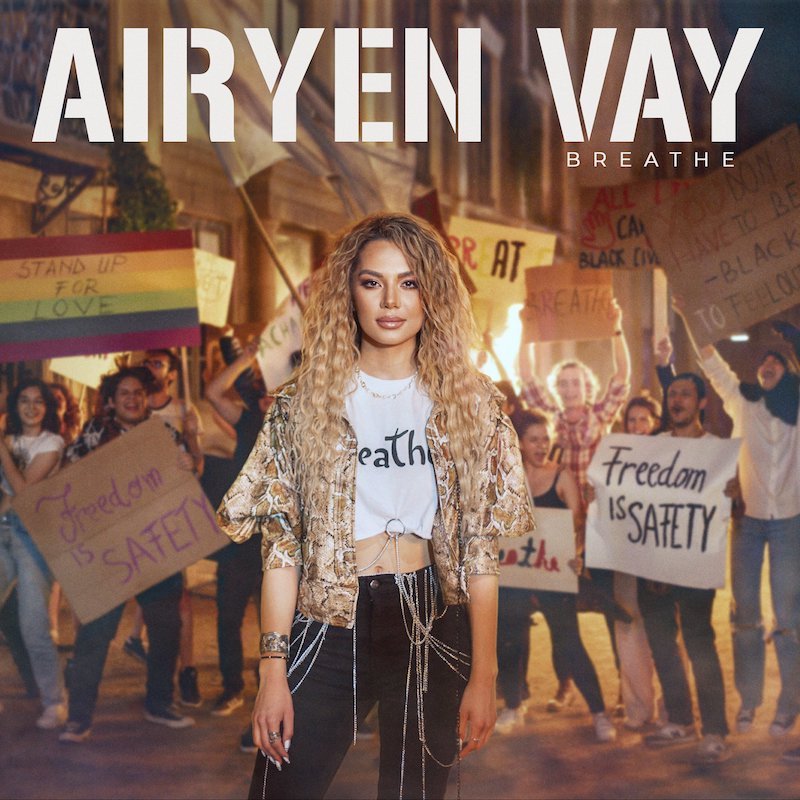