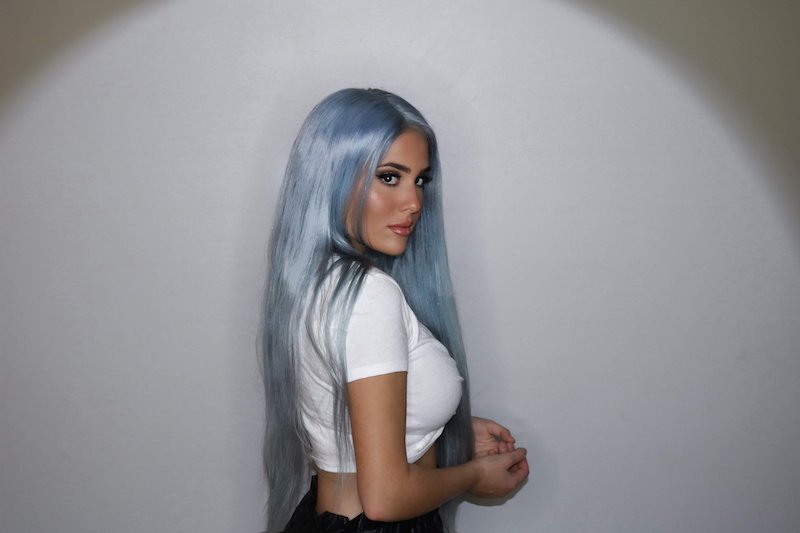 Abigail Bleu is an up-and-coming 20-year-old singer-songwriter. Not too long ago, she released an appetizing debut single, entitled, “Better Than Alexis”.

“I’m so disconnected, I just saw you text it. You want me for dinner, then I wake you up for breakfast. Baby, you’re so reckless, wear you on my necklace. You can call me Bleu, you knew I’m better than Alexis.” – lyrics

‘Better Than Alexis’ tells an honest tale of a young woman who finds herself in a one-sided relationship with her significant other. Apparently, the guy who she is with is addicted to her love. Oftentimes, he finds himself missing her severely. Therefore, he sends text messages to her phone in the early morning hours. Later, she admits that their relationship has reached the tipping point where it’s time for her to get rid of him.

‘Better Than Alexis’ serves as Abigail Bleu’s biggest musical moment yet and a fantastic introduction to what listeners can expect to hear from the charismatic newcomer. Her musical influences include Jimi Hendrix, Amy Winehouse, Rihanna, and Ariana Grande.

We recommend adding Abigail Bleu’s “Better Than Alexis” single to your personal playlist. Also, let us know how you feel about it in the comment section below.