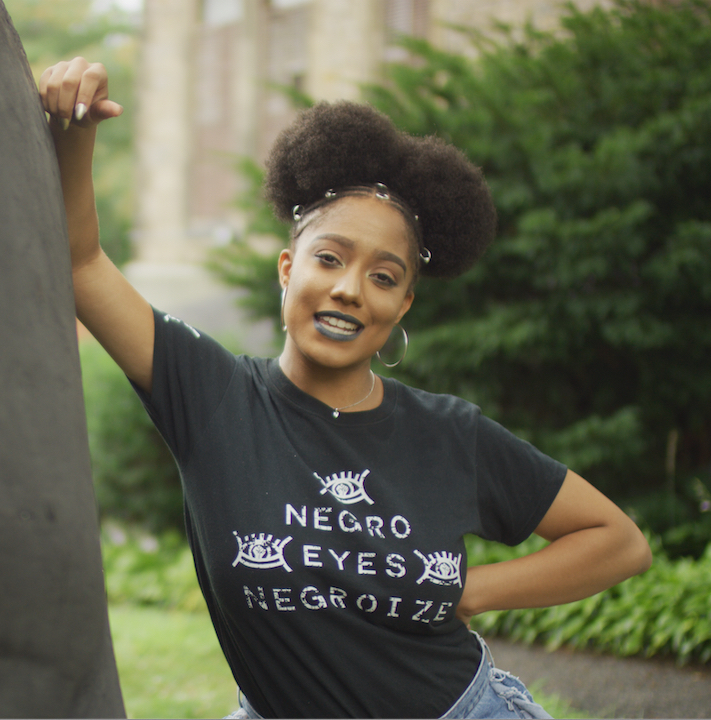 Zakiyyah releases a music video for her “Shades of Black: The Hip-Hopera” single

Zakiyyah is an up-and-coming rapper and singer from Boston, MA. Not too long ago, she released a music video for her “Shades of Black: The Hip-Hopera” single, produced by DJ Ronnie Ruff.

“Whether in the ghetto or at the symphony, I carry my naps like wives carry Tiffany. They call it inappropriate, I call it history. Making Black as legit as Becky’s sanctity. This for my peoples that twerk but still read, this for my posse that’s bright but smoke weed. This for them eyes too limited to see that black is just as Michelle as Cardi B. That black is just as Lupita as it is me. That black never gets in with the keys. That before we can grow we must receive all the forms we’re blessed to conceive.” – lyrics

‘Shades of Black: The Hip-Hopera’ contains a relatable storyline, socially-conscious lyrics, and lush instrumentation flavored with hip-hop and opera elements.

Zakiyyah grew up singing along to songs by Patti Labelle, New Birth, and Smokey Robinson.

In 2012, she graduated from Wellesley College with a Political Science and Sociology degree.

Since then, she has landed the lead role in an original musical, entitled, “This is Treatment”.

Stream “Shades of Black: The Hip-Hopera” via Apple Music

We recommended adding Zakiyyah’s “Shades of Black: The Hip-Hopera” single to your personal playlist. Also, let us know how you feel about it in the comment section below.