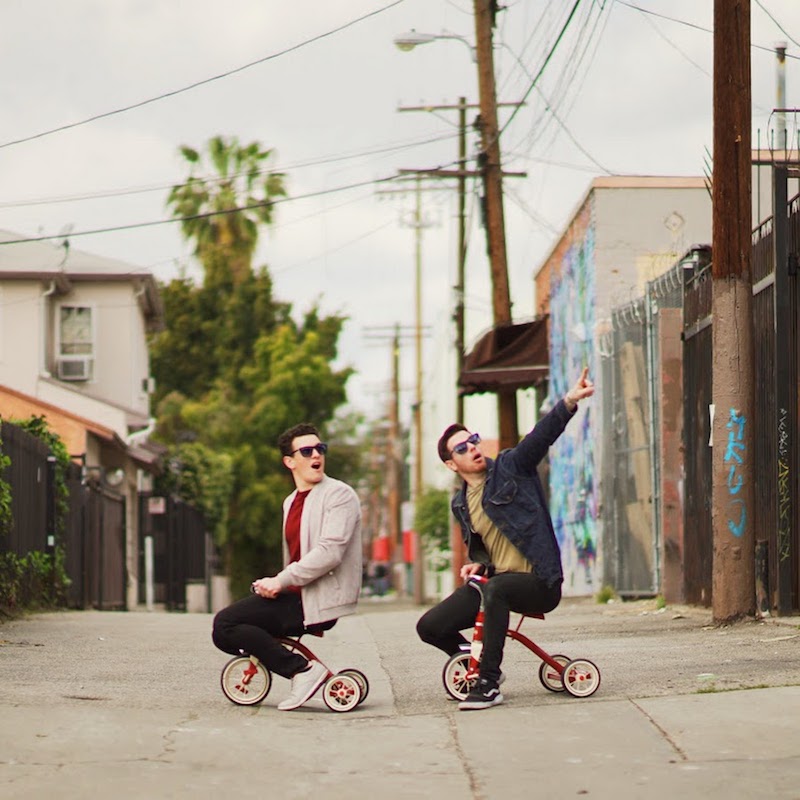 Yeti Tactics is an alternative duo based in Los Angeles, California. Not too long ago, they released a feel-good summer tune, entitled, “Dime”.

“Being in this band has been a way for us to truly express ourselves. Our goal is to inspire, entertain, and encourage people that anything is possible. Let’s face it, it’s also a way that the two of us can hang out all the time too.” – Jordan Sherman

Also, “Dime” will most likely be featured on Yeti Tactics’ upcoming debut album, which will be released early in the new year.

“The tone of the upcoming album is mostly narrative, with Jordan portraying a different character, sometimes multiple, throughout certain tracks. Lyrics cover issues from the present and the near future. Also, technology running our lives, sovereign rulers, non-existent safety (and ever-impending death), to heart-felt modern-day love songs.”

After moving to L.A., the bubbly twosome formed their outfit inside of their East Hollywood apartment.

Their musical inspirations include Jack Garratt, Gorillaz, and John Mayer.

We recommend adding Yeti Tactics’ “Dime” single to your personal playlist. Also, let us know how you feel about it in the comment section below.