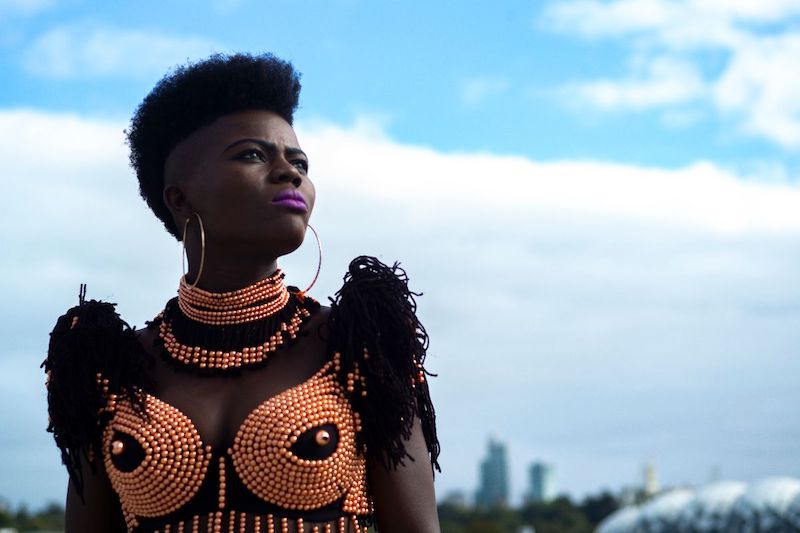 Wiyaala releases a music video for her “Village Sex” single

Wiyaala is a charismatic singer-songwriter from Funsi, Upper West, Ghana. Not too long ago, she released a music video for her “Village Sex” single, featured on her second studio album, entitled, “Sissala Goddess”.

Wiyaala’s name means ‘the doer’ in her Sissala dialect.

Thanks to a musical mother, The Young Lioness of Africa dodged FGM and child marriage. Also, the patriarchal society which she grew up in made it very difficult for her to become an entertainer.

Since then, she has won over fans across the world. Also, the most remarkable thing is she’s from Ghana, a country with a notoriously conservative music industry, where any challenge to the norm is frowned upon.

‘Sissala Goddess’ is a fascinating, often moving glimpse at Africa old and new through the Young Lioness of Africa’s eyes.

Wiyaala sings part of the album in Sissala—one of the world’s most endangered languages.

Also, she celebrates the love of those who have supported her as well as challenging traits of bigotry, jealousy, and greed.

Get acquainted with Wiyaala’s music by streaming her “Sissala Goddess” album via Spotify.

We recommend adding Wiyaala’s “Village Sex” single to your personal playlist. Also, let us know how you feel about it in the comment section below.