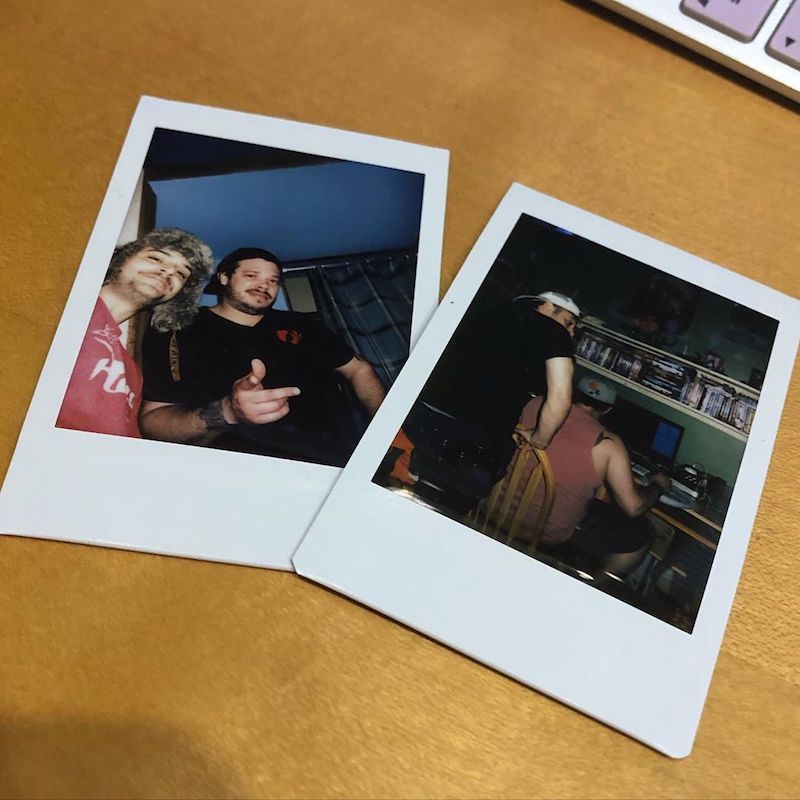 WE R OK unveils a music video for their debut single, entitled, “Ghosts”

WE R OK (Frank Dal Pra and Brian Delaney) is a newly formed New York-based duo. Not too long ago, they unveiled a music video for their debut single, entitled, “Ghosts”.

“The video came out far greater than expected considering how lame a human in a sheet could be if not done right. Also, the ghost character pulls a lot of influence directly from Frank’s life (but we are sure many can relate). Most alone, haunted by depression and in his own world. Every day is a struggle and every new morning is a blessing in disguise. We all have our ghosts that haunt us day in and day out. Hopefully, our new music can help others cope like it does for us.” – Brian Delaney

The WE R OK-directed audiovisual was shot and edited by Brian at The Cabin (Brian’s family getaway). While Brian was there with his family, Frank came up for a day with a camera and a couple of lights. The two were able to shoot the video with a bit of help from Brian’s wife. Furthermore, the video finds Frank playing the role of a ghost (with the exception of a few shots that Brian’s wife filled in for).

‘Ghosts’ contains a relatable narrative, pleasing vocals, and tuneful melodies. Also, the likable tune possesses vibrant instrumentation scented with a warm alternative vibration. Furthermore, “Ghosts” serves as a great introduction to what listeners can expect to hear from WE R OK in the near future.

WE R OK met while studying Music Industry & Tech at Mercy College. They quickly hit it off after meeting in the smoking section like two kindred souls separated at birth. Behind their smiles (hidden from the world), their souls lay tormented and their minds swirled in an endless state of chaos. It was this mutual dysfunction that helped lay the foundation for their friendship.

After a year of not seeing each other, Brian headed to Frank’s house with the intention of having a night on the town. The pre-game quickly turned into over-time and Brian and Frank never made it out of Frank’s dank basement studio.

Frank, a life-long musician, pulled up an instrumental from the stash. Shortly afterward, a hook melody came flying out of Brian’s mouth without warning. Tuned up and ready to rock, Brian and Frank wrote and recorded “Ghosts” in the span of a few hours, highly inebriated and completely out of whack.

Spontaneous, unhindered, and completely in their element, this one session was enough to ignite a fire inside that was moments away from going out. In an attempt to fan the flames and keep the fire burning, Frank and Brian quickly formed a group, designed a logo, printed stickers, mastered the single, and dove head-first into a project that not a single person knows or cares about.

We recommend adding WE R OK’s “Ghosts” single to your personal playlist. Also, let us know how you feel about it in the comment section below.