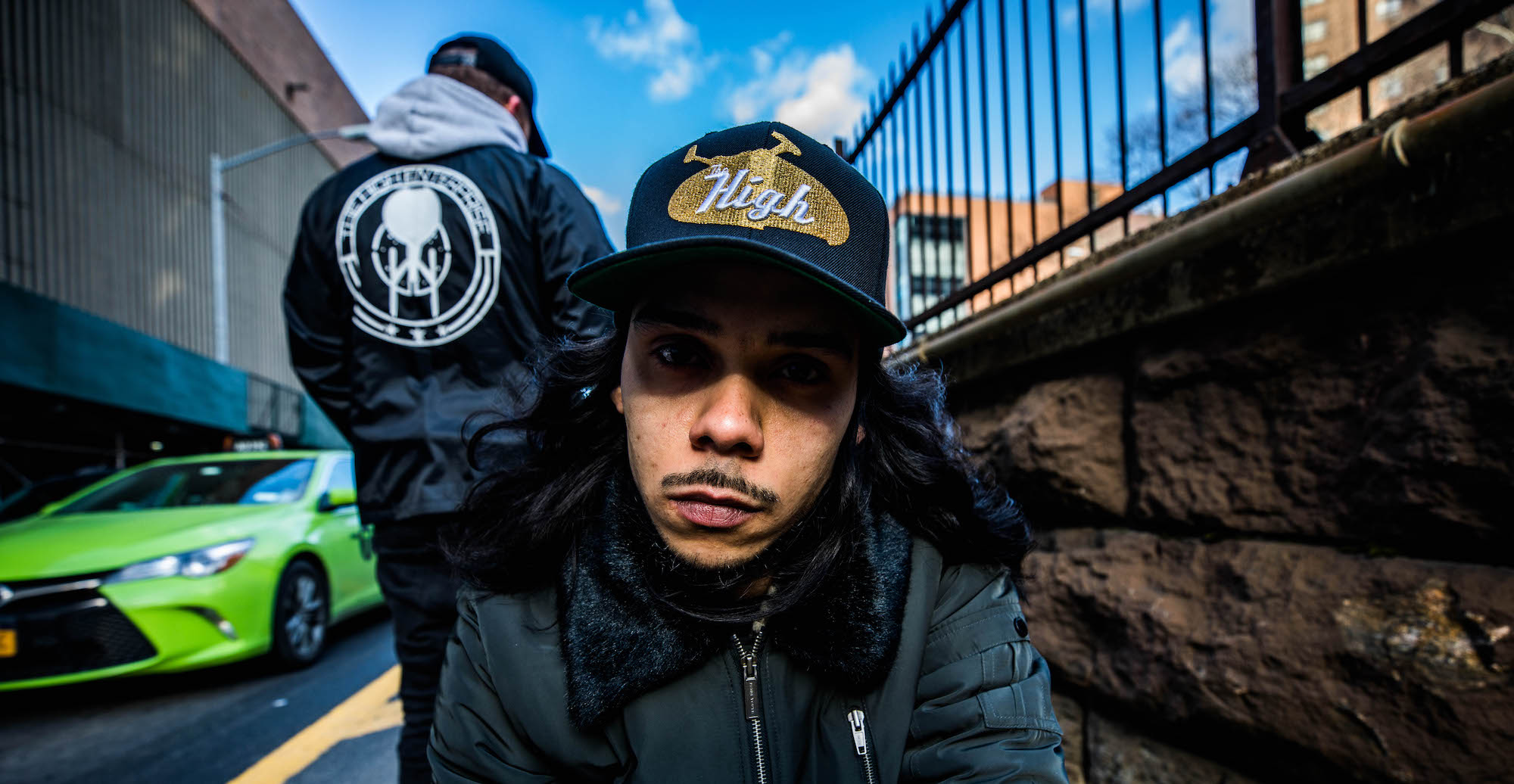 UFO Fev is an emerging emcee outta East Harlem, New York. Not too long ago, his “Maybe” music video featuring Zandra Kaye won our 2017’s year-ending Dope Music Video Showcase. Since then, the New York native has been busy promoting his “Camouflage” EP.

We caught up with Fev, and while on the move, he answered our first question.

Tell us about where you’re from?

UFO Fev: I’m from Spanish Harlem; born and raised in the Thomas Jefferson Houses on 115th Street and 1st Avenue. Growing up in my neighborhood was like growing up in any other inner-city neighborhood. It was rough but filled with life lessons. We were poor but it was worth it.

How influential was your father in your life? 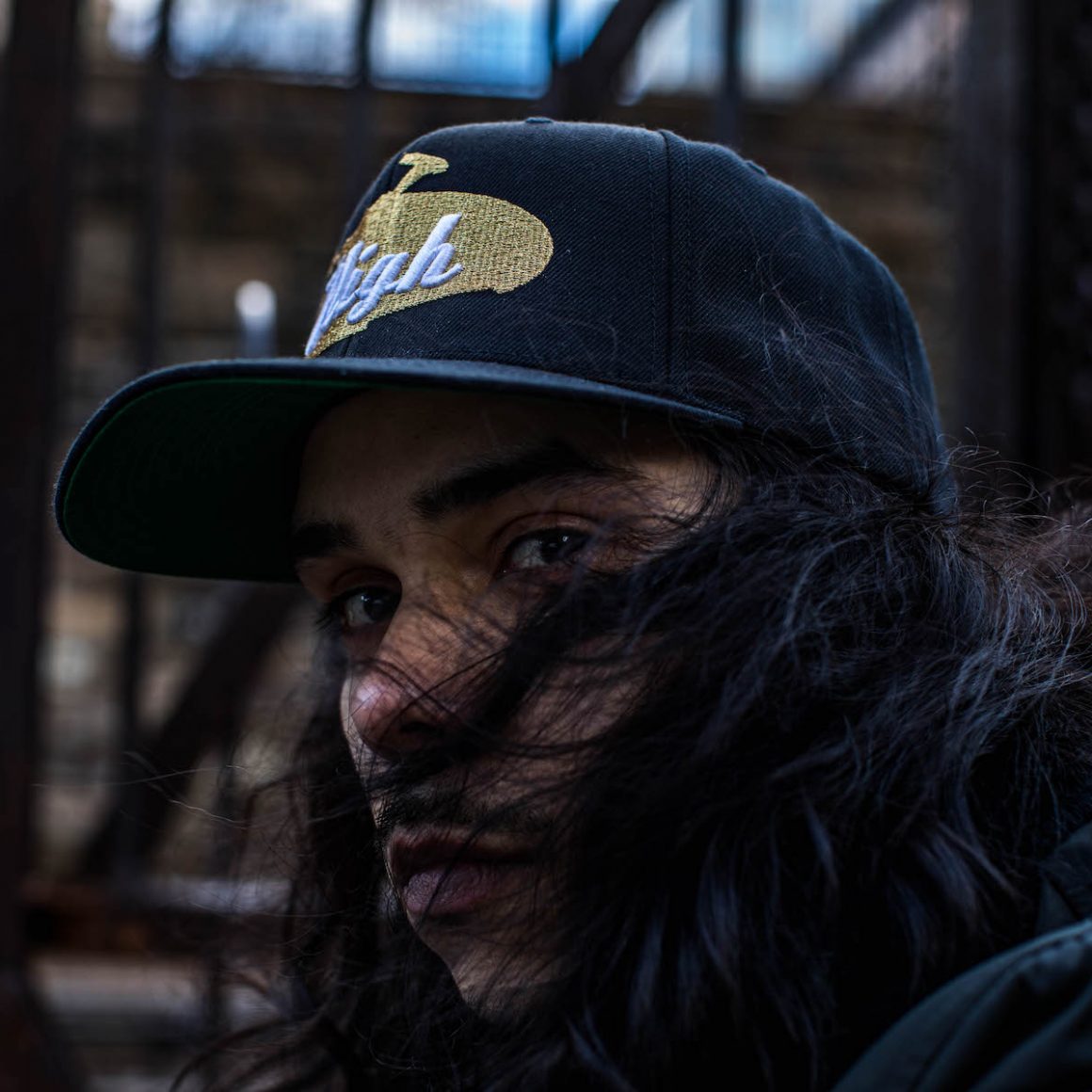 UF: My relationship with my father was solid. He was on the road a lot but he inspired me early. I was heavily influenced by the game and being able to create something that’s bigger than any person.

When did you realize, you wanted to be an emcee?

UF: Early on. Maybe, junior high or my Freshman year in high school? I was enveloped in music. So, it was inevitable. At that time, I was into music created by artists from Roc-A-Fella Records, G-Unit, and other labels. That’s when I knew emceeing was what I wanted to do.

Tell us about your “Camouflage” EP?

UF: It was produced by BackPack Beats, a Tallahassee-born producer. We met online after I released my “Taxes” EP. He sent me a few beats and I recording songs that ended up on Camouflage. My inspiration was solely based on the music we were creating. It felt original and right to do.

What’s your favorite track on Camouflage?

UF: It varies from mood to mood, depending on the day. But “Mr. Nice Guy” is special to me because of the content. Plus, it helped me reach a new level. “Maybe” is special as well. But, I don’t know? [laughs out loud]. I think the whole EP was well done.

Congrats on winning our year-ending Dope Music Video Showcase. What was your most memorable moment during the “Maybe” video shoot?

UF: Thanks. But it was my support system that deserves the praise. We shot that video during my daughter’s 3rd birthday party. We were cooking out with family and friends. Her opening the video with a slow run was the most memorable moment for me. She pretended to run super slow. It was awesome seeing her act.

UF: Getting acknowledged as an emcee. Whether it be by the industry or the streets; just being heard is the toughest part to overcome. I managed to overcome it by being true to myself and making the music I like. That’s when the music began to connect.

What advice would you give to an aspiring rapper?

UF: Work harder; more than you are working right now. If you have a Plan B, means that you have given up on Plan A.

UF: I direct videos and write movie ideas in my spare time. I enjoy the process of putting things together; whatever it may be.

UF: Continue building as an artist/businessman. I have new music coming out that lives up to my new situation. Also, I’m working on making The High Enterprise Records a household name this year.

UF: Thank you guys and everyone please go check out my “Camouflage” EP.