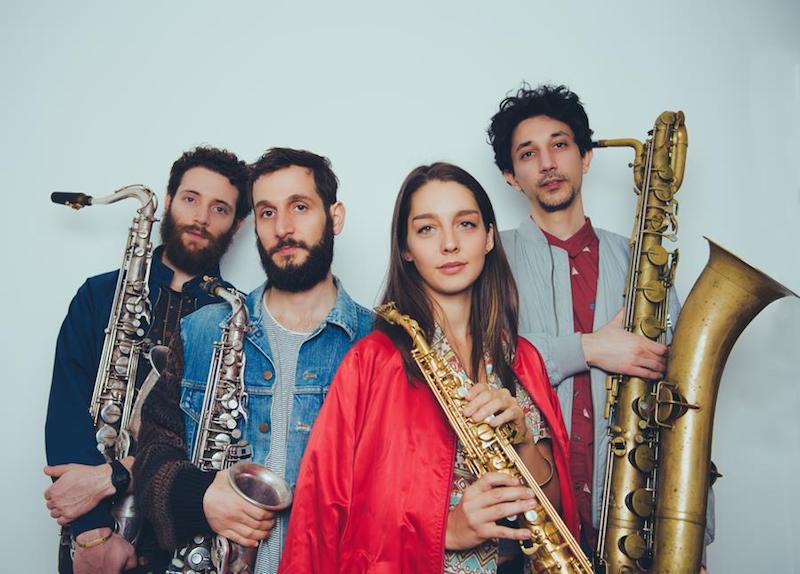 The Side Project releases a LIVE performance video for their “Everything I Do” single featuring Akie Bermiss, Alita Moses, and ScienZe

The Side Project is a saxophone quartet based in Brooklyn, New York. Not too long ago, they released a LIVE performance video for their “Everything I Do” single featuring Akie Bermiss, Alita Moses, and ScienZe.

The Side Project – “Everything I Do” live performance video feat. Alita, Akie, and ScienZe

‘Everything I Do’ tells an adorable tale of a young woman who does sweet and breathtaking things for her significant other. Apparently, her partner acknowledges what she does and repays her love with thanksgiving.

‘Everything I Do’ contains an endearing storyline, ear-welcoming vocals, and tuneful melodies. Also, the likable tune possesses a jazzy soundscape fragranced with a warm neo-soul aroma.

The Side Project is a name you should remember and an entertaining outfit to watch. They started in 2013 when Hai met Raz, Niswanger, and Bareket at the Bedford L stop in the NYC Subway.

Since then, they have opened for the New York Philharmonic at the Concerts in the Parks series. Also, they’ve performed at The Brooklyn Bowl, The Knitting Factory, and the commencement ceremony for the Art Institute of NYC.

‘Everything I Do’ is featured on their latest album, entitled, “Everything We Do”, released July 2019.

The Side Project – “Everything We Do” album

‘Everything We Do’ contains cover songs (e.g., “Redbone”, etc.) that became known on social media. Also, the 12-track project showcases original tunes that feature singers who The Side Project has been collaborating with in the last couple of years.

We recommend adding The Side Project’s “Everything I Do” single to your personal playlist. Also, let us know how you feel about it in the comment section below.