The Rise Of Harry Styles: From Boy Band To Solo Singer

The illustrious career of pop rock star Harry Styles has drawn much fascination from cultural critics and his diverse groups of fans alike. At the start of his fame, he was a young boy band teen still trying to find his identity as a musician. Eventually, his flair for songwriting and a magnetic onstage persona turned him into one of the most influential male solo artists of his generation in a fascinating tale of his journey into stardom.

The Boyband Years: One Direction

Harry began his career as a member of the British boy band One Direction in 2010. It consisted of his bandmates grouped together from the singing competition show, The X Factor UK. Harry later revealed he was the one who suggested the group name, and they stuck with it. The following year, after they finished in third place on the X Factor, they were signed to record executive Simon Cowell’s Syco Record label.

Later that year, they released their record-breaking album and first single ‘What Makes You Beautiful’ and their debut album ‘Up All Night’. One direction continued to release number one albums for four consecutive years from 2012-2015. However, at the start of 2016, the group decided to take an indefinite hiatus to take a break. With this newfound time and a few songs from the debut album already co-written by Styles, this gave him the creative space to start developing his own songwriting craft. 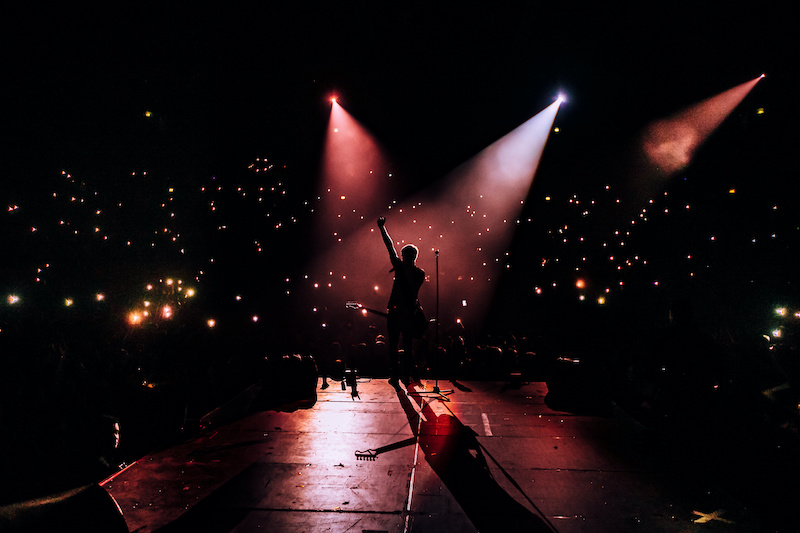 After the band’s hiatus, Harry signed a new record contract with Columbia Records and began preparing for his first solo single and album for the next year. Styles and his team embarked on a writing retreat where they could focus on honing his artistic and performance style, sound, and image to establish him as a burgeoning solo musician.

He released a soft-rock ballad ‘Sign Of The Times’ that earned him a Brit Award and a nod from Rolling Stones when the song was added to their 2021 list of 500 greatest Albums Of All Time. This was followed by a headlining global tour where the demand to get tickets to go see Harry Styles was at an all-time high. With the subsequent release of his music and tour while having guest performances on live television in the US And UK, Harry showed he could hold his own as a solo artist with a promising future career.

With the success of his first album and tour, multitalented Harry branched out into other entertainment and arts sectors.

For one, he made his acting debut in the Christopher Nolan war film Dunkirk in 2017. He then appeared in the Marvel superhero film, The Eternals, in a cameo role, served as the executive producer of the tv show ‘Happy Together’, and guest-hosted ‘The Late Late Show With James Corden’ twice. After releasing his sophomore album ‘Fine Line’ in 2019, which delved more into the Britpop, funk, and soul aspects of his classic rock influences, he would continue his film career with director Olivia Wilde’s ‘Don’t Worry Darling’.

More so, his going solo celebrity appeal and eclectic blend of 70s glam rock fashion with flamboyant and gritty genderless couture also earned him a modeling and collaboration gig with Fashion house Gucci in 2018. The combination of his music, films, and fashion cemented Harry’s status as a solo music superstar.

It’s clear that Harry had become the biggest male pop star of modern times. He became the first male to appear alone on the cover of Vogue in 2020 with his Gucci-worn dress displayed at the V&A Museum. Several of his suits have also gone on display at the Rock And Roll Hall Of Fame.

This was followed by his 2022 album ‘Harry’s House’, which garnered critical praise from the music media. His current success and ability to create viral social media trends have certainly made him into a global pop culture phenomenon.

Despite still being a young man, Harry Styles has managed to craft an impressive music and art resume. While he may have gotten his start in One Direction, he has more than proven himself capable as a solo artist and influential figure in popular media today.

With an upcoming tour on the way and a string of hit albums and singles under his belt, his stardom shows no signs of slowing down. He’s likely to continue pushing boundaries and sparking important conversations among his fans and critics and the wider music community.