Sydny August releases a mesmerizing urban tune, entitled, “Like That”

Sydny August is an up-and-coming R&B/Soul singer from the north-side of Chicago, Illinois. Not too long ago, she released a mesmerizing urban tune, entitled, “Like That”.

“You got that good love, you got that hood love. You the one I been dreaming of. When I met you, ain’t expect you to put it down like that. You know all the right things to say, in the right way. A smile’s not the only thing I can put on your face.” – lyrics

“Like That” contains an engaging storyline—which reads like a hood novel. Also, the song comprises of seductive vocals and a lush instrumentation which oozes with trap and electronic elements.

The gritty love song speaks about a sincere hood chick who has some nice things to say about the man she’s romantically involved with. She can’t wait to make love to him again because he got that good love that has her coming back for more, and more.

Apparently, he touches all her right spots above her navel and travels southbound in her droptop ‘foreign’. The ride is smooth as expected, and afterward, both passengers dream of each other. 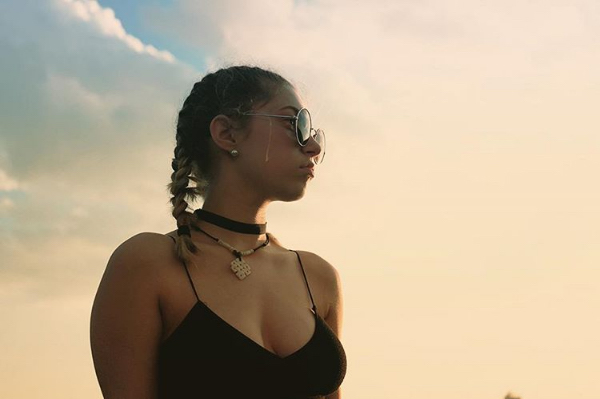 In conclusion, Sydny August is one of the young budding stars of Chicago’s music scene, and one to look out for in 2018 and beyond. Her tunes are ear-welcoming, which enables her to perform at prominent Chicago venues including The Metro and Double Door.

We recommend adding her “Like That” single to your personal music playlist.