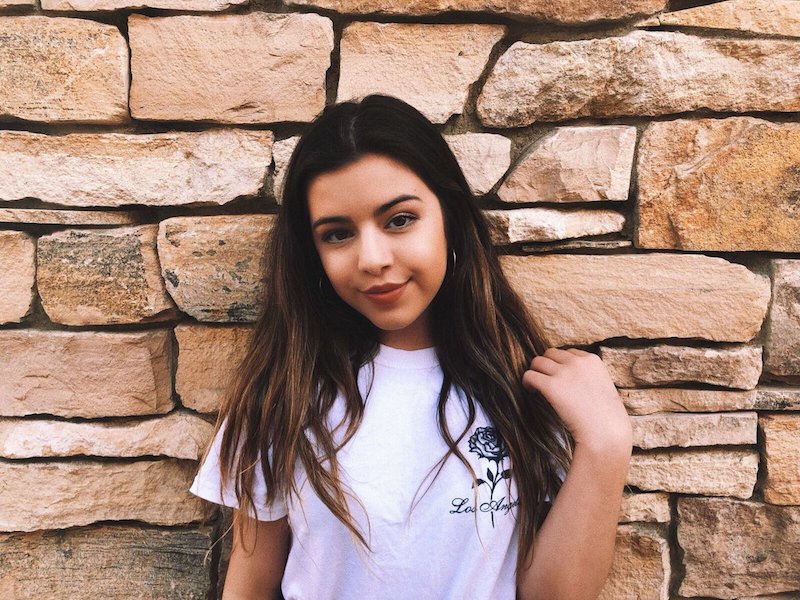 Sophia Grace is a talented teen star from Essex, England. Not too long ago, she released a music video for her “Can’t Sleep” single.

“The music video was shot in the most beautiful house and gardens. I got to work with Cristiano Abis who I actually found on Instagram. He is all about detail and quality and makes amazing cuts between scenes which I’m a fan of. I really enjoyed shooting this music video and we hope to do another one very soon.” – Sophia Grace

The Cristiano Abis-directed video finds Sophia Grace chilling inside a luxurious home with a male companion. The following scene shows them in a spacious backyard with a well-groomed dog. Later, they are joined by a female associate.

“This song literally is me. I find it difficult to sleep at the moment so I wanted to include this. Also, the subject of a girl moving into her teenage years and being accepted. I’m known to so many people thanks to the Ellen show. But as I’ve grown older there’s now more to me as an artist. I love how the song is getting cool feedback and I’m already working on my next song.” – Sophia Grace

‘Can’t Sleep’ is a statement about Sophia Grace’s own experience growing up in the spotlight. Now that she’s gotten older, she finds it necessary to take control of the creative process in regards to her music.

“I wanted to get more involved with this song and have more say over the style. Being a teenager, I’m starting to develop my own style and I wanted to be involved in the writing process.” – Sophia Grace

At the age of 15-years-old, Sophia Grace’s music had already amassed over hundreds of millions of streams online. In 2011, she shot into the public’s view after covering Nicki Minaj’s “Super Bass” single. Not too long afterward, she appeared on The Ellen Show, where she performed for, and with, Nicki Minaj.

Following this success, Grace hit the red carpet as a correspondent for Ellen and became a New York Times best-selling author for her Children’s book, entitled, “Show Time With Sophia Grace and Rosie”. Also, she starred in her very own motion picture, entitled, “Sophia Grace & Rosie’s Royal Adventure”, which went on to become a rating success on Nickelodeon.

Earlier this year, she appeared as a judge on ABC’s ‘The Toy Box’ competition reality show (Season 1).

We recommend adding Sophia Grace’s “Can’t Sleep” single to your personal playlist. Also, let us know how you feel about it in the comment section below.