Songs We Will Always Remember Billy Joel For

Billy Joel is a world-famous singer-songwriter, musician, and composer from New York City. Growing up, his father wanted him to become a lawyer. But Billy liked to play music and had no head for anything else. When his father realized Billy wasn’t going to be a lawyer, he gave him instructions to learn the piano.

Billy Joel – “Just the Way You Are”

“With what I know about music, at 16-years-old, playing the piano two hours a day, I think I will be recognized.” — Billy Joel stated

In 1967, nobody knew who Billy Joel was. Now, we know who he is. But back then, no one knew. During that time, Billy thought all the doors of famous places would be opened for him to play. But he was disappointed when he was told – he was nothing special and there were so many people who play the piano. For so many years, he heard this.

However, those rejections never discouraged Billy. He began playing in bars and cafes, where the audience didn’t pay much attention to him because they were too busy drinking and talking. Again, Billy felt frustrated and disappointed. Life was not what he expected but he never gave up. 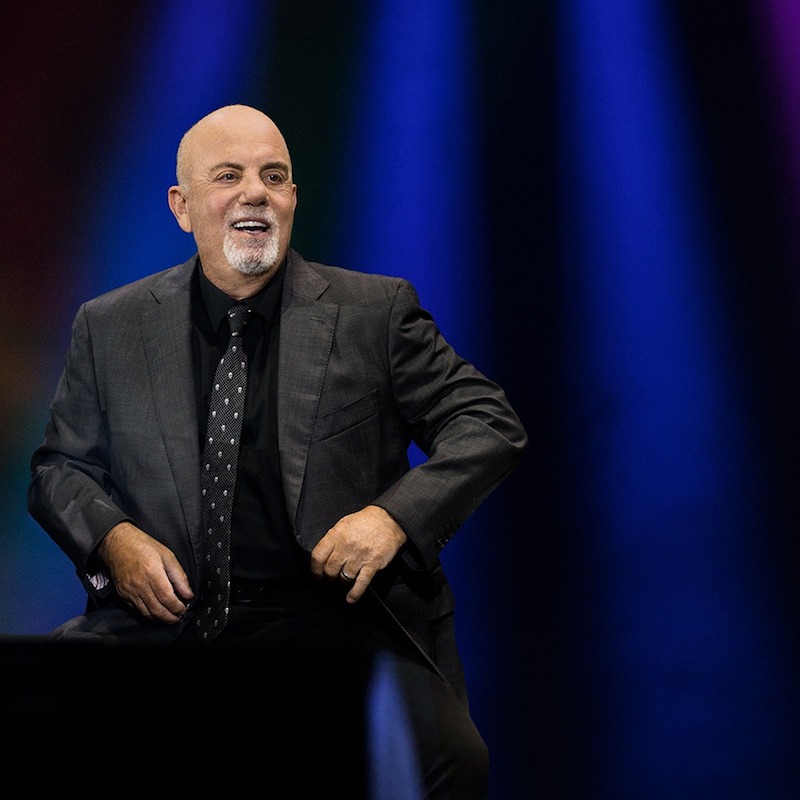 Below are the most remembered Billy Joel’s songs. Once you hear them, you will immediately strive to obtain tickets for a Billy Joel concert.

Billy Joel signed his first recording contract with Family Productions when he was 22-years-old. Still, after being dissatisfied with the recording of “Cold Spring Harbour,” he chose to leave his hometown of New York and resume his career in Los Angeles.

Billy made his living in Los Angeles by collecting tips from the Executive Room bar employees. It was there where he was inspired to write Piano Man, which is played at every Billy Joel concert. In 1973, “Piano Man” was released and included in the album, “The Stranger,” in 1977. On Rolling Stone magazine’s list of the 500 greatest hits, “Piano Man” is listed #421.

‘Vienna’ was also featured on Billy’s “The Stranger” album. In 2008, the New York Times reviewed it as one of Billy Joel’s best, along with “Summer, Highland Falls.”

‘Captain Jack’ is Billy Joel’s most essential musical theme song, according to reviewers. In 1972, he played “Captain Jack” live on the radio, drawing the attention of major record labels. In 1973, Billy was able to secure a recording contract. The same year he released his album, “Piano Man.”

‘Miami 2017’ is one of Billy Joel’s most popular songs for live performances at charity events. Such as the one held in New York City in memory of the victims of the September 11, 2001, terrorist attacks on the Twin Towers.

‘Laura’ is featured on Billy Joel’s “The Nylon Curtain” album, released in 1982. The song is a play about two lovers: the man, who is a ward of his wife, and the woman, a combative partner.

‘Zanzibar,’ released in 1978, is about Billy’s passion for sports and booze. The song was also featured on his sixth studio album, entitled, “52nd Street.”

‘Honesty’ is the third single from Billy Joel’s “52nd Street” album. He wrote the song and Phil Ramone handled the production. Also, “Honesty” was not part of any of Billy’s packages that were released in the United States. However, it’s on the Dutch and Japanese editions of his Greatest Hits Volume 2.

‘Honesty’ was well received by music critics, who congratulated the song’s lyrics and piano instrumentation. The song charted at #24 in the United States, and it was the album’s third straight Top 40 hit on the Billboard Hot 100 chart. Also, “Honesty” reached #1 in France, and the Recording Industry Association of Japan awarded it Gold status for download sales of over 100,000 units. Billy went on to perform the song live with Elton John and later with Bryan Adams on many occasions.

Let us know how you feel about Billy Joel in the comment section below. Mel Blanc’s famous catchphrase, “That’s All Folks!” Thanks for reading another great article on Bong Mines Entertainment – the hot spot for new music. Furthermore, always remember that (P) Positive, (E) Energy, (A) Always, (C) Creates, (E) Elevation (P.E.A.C.E).