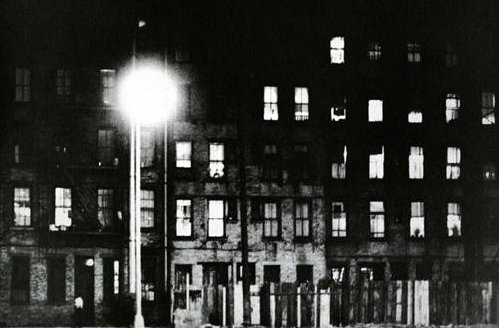 Six Boys in Trouble consists of six pre-teens. 11- and 12-year-old African American boys living in New York City public housing projects in Harlem’s high-rises. In addition to that, while digging in the crates, we found a rare but not forgotten album. And the name of that project is “Street and Gangland Rhythms: Beats and Improvisations“.

First of all, the LP was heralded as an early precursor to hip-hop music, and an important document of post-WWII urban black America.

“These young, untrained musicians improvise the tunes and tales of their upbringing on this rhythmic release. Also, they drew inspiration from family folk traditions and popular radio and jukebox hits of the era. The group’s enjoyment is apparent in their schoolyard musical expressions, as is their self-identification with the community in which they live. And the album is divided into three parts. Percussion Ensembles, Rhythms with Voices, and Rhythms with Verses. Also, the liner notes provide a deeper look into each section, as well as a subsequent transcription of the lyrics.” – Smithsonian Center for Folklife and Cultural heritage