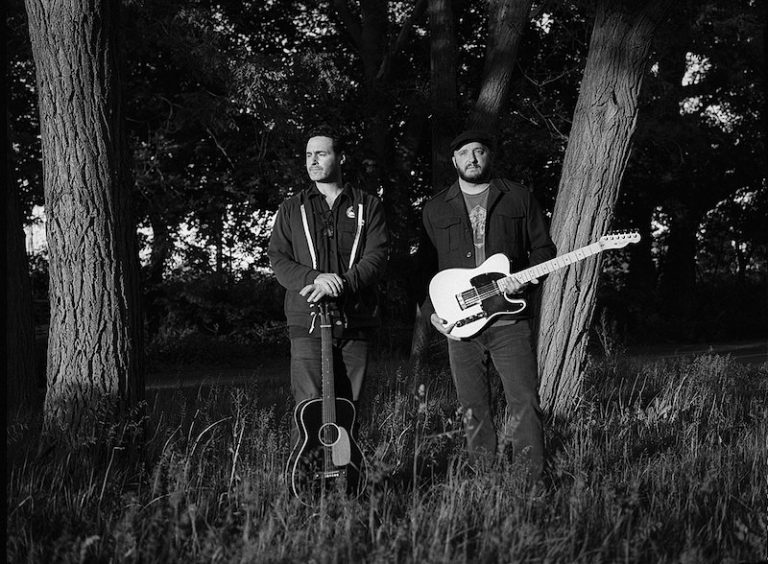 Singing River consists of Mikey James and Anthony Kuhn. Not too long ago, they released a nostalgic Americana tune, entitled, “Everyday Love.”

“I wrote the song in April of 2020 when things were looking pretty rough. Yeah, things were not good at that time. Just by chance, a good friend of mine’s dog had passed away. So I was on the phone with him, and he’s like, ‘When a pet dies, it’s like having your heart ripped out. I just want to go back to the feeling of the way it was.’ I think between the pandemic and him saying that to me, it just clicked in my head. I was like, ‘Oh, you miss everyday love.’ Putting your two feet on the ground, waking up in the morning, and it not being a disaster surrounding you. So we just cultivated that idea.” – Mikey James explained

‘Everyday Love’ describes a world in which simple pleasures are cherished, yet it doesn’t narrate a complete utopia. The song finds Mikey James singing about longing for how the world used to feel. The lyrics amble on about missing the feeling of normalcy when society felt steady and non-chaotic.

Mikey James recently commented on “Everyday Love” similarities to John Lennon’s “Imagine,” and how his tune feels a little more realistic in its sentiments.

“So ‘Imagine’ always bothered me because you’re just imagining fiction, right? It feels like Disney to me. It’s like a Disney song. I like the notion; it’s a nice notion. You can imagine the fantasy in your head and imagine, but it may be impossible, right? So I think about ‘Everyday Love’ more, in turn as I wrote a poor man’s ‘Imagine.’ When I was done thinking about that… I thought, ‘Wow. I don’t think every day love exists. Or does it?’ And that was my take on it.” – Mikey James stated

Mikey James went from making demos on a four-track in the early ‘90s to his brush with the millennial zeitgeist as the drummer in Longwave. His road through the music industry has been a meandering one, full of stops and starts, triumphs and disappointments. But it was a chance meeting with an old bandmate, Anthony Kuhn, that set him on the path to creating some of the best music of his career. Shortly afterward, Singing River was born.

“I want to do real music again. It’s funny, my love of production has taken me down all these rabbit holes that ultimately led me back to the most organic music that’s ever been made. If you listen to these old 78 rpm records of country, blues, and jazz from the ‘20s and ‘30s, there’s no ‘production’ to speak of, but there’s obviously something there. And it hits me in the same place—maybe even a little closer to my heart, in a way.

I’m still crazy about production. That’ll always be there, but the longer I do this, the more I keep coming back to that bare essence. What is it that’s coming across on these really early recordings? We can’t find the words to describe it, but we can all hear that it’s there. With Singing River, Anthony and I are trying to find our way to that.” – Mikey James stated

Singing River record and produce music in their collective home studios. The result is what James calls northern folk, referencing his admiration for the likes of Neil Young, Leonard Cohen, Robbie Robertson, and Bob Dylan. Also, many of the songs that have been written and recorded for the Singing River project have been inspired by the Snow White soundtrack.

“I heard it one day, and I thought ‘this sounds f***ing incredible!” – Mikey James stated

The soundtrack prompted a soul-searching, rabbit hole of musical research that led him to such sonic wonders as the T Bone Burnett’s collaboration with Allison Kraus and Robert Plant, Raising Sand; and to Cosimo Matassa (Fats Domino, Little Richard), inspiring him to take a new approach. 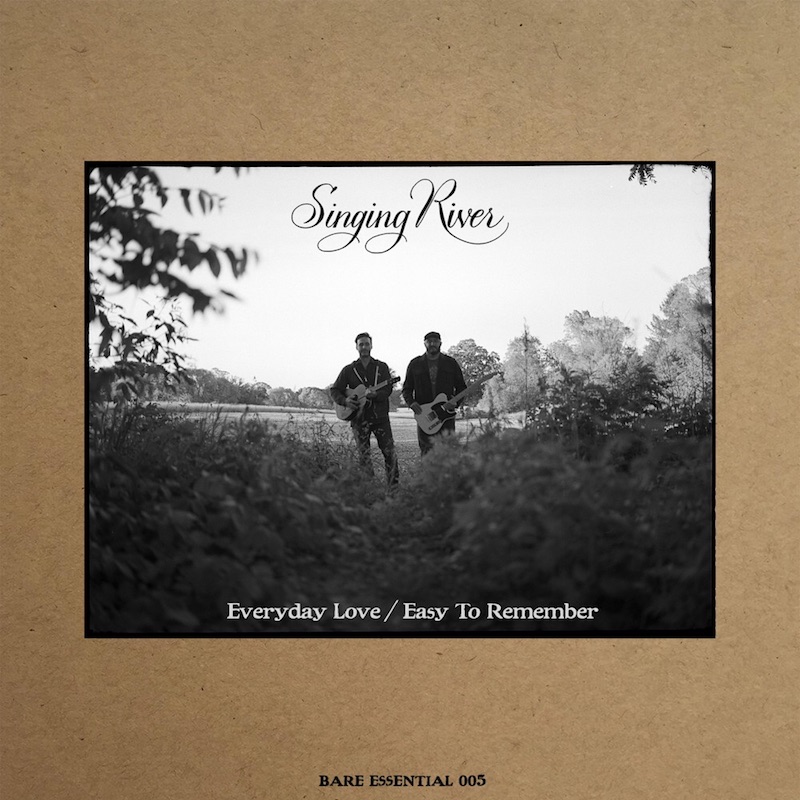 “It took a while to get the lyrics the way I wanted. Callan [Saunders] (from The Demos, a band I produced for a while), helped me with getting the sentiment right. This is one of those rare occurrences where the song ended up sounding like I imagined it would when I wrote it. That almost NEVER happens.” – Mikey James explained

‘Everyday Love’ contains a relatable narrative, ear-pleasing vocals, and tuneful melodies that will resonate well with The Jayhawks, Neil Young, and Okervil River fans. The likable tune possesses guitar-laden instrumentation flavored with alternative folk and Americana elements. Furthermore, “Everyday Love” serves as a tasty appetizer to what listeners can expect to hear from Singing River in the near future.

We recommend adding their “Everyday Love” single to your favorite Americana playlist. Also, let us know how you feel in the comment section below. Mel Blanc’s famous catchphrase, “That’s All Folks!” Thanks for reading another great article on Bong Mines Entertainment – the hot spot for new music and song reviews. Furthermore, always remember that (P) Positive, (E) Energy, (A) Always, (C) Creates, (E) Elevation (P.E.A.C.E).