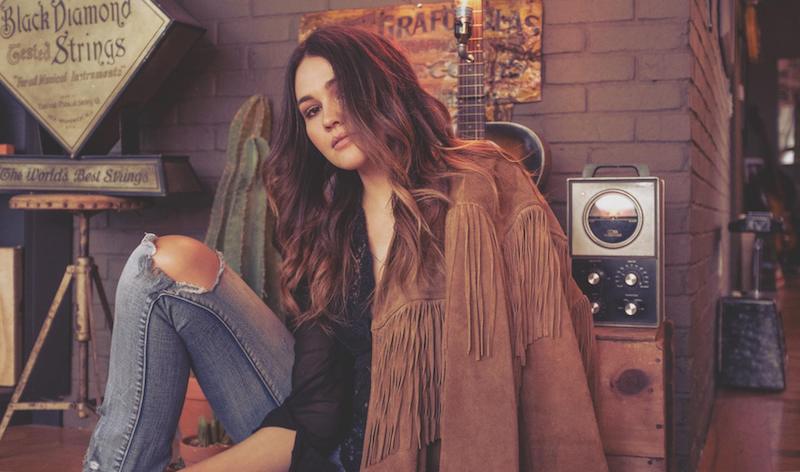 Sinead Burgess is a Nashville-based singer-songwriter from Queensland, Australia. Not too long ago, she released a music video for “Praising God, Raising Hell”, a bittersweet country tune from her debut acoustic album, entitled, “Damaged Goods”.

“‘Praising God, Raising Hell’ is about a guy who was literally doing that, and doing it well. It’s pretty crazy how angelic people can act when they don’t know you know the truth.” – Sinead Burgess

‘Praising God, Raising Hell’ tells a touching tale of a young woman who survives a problematic relationship with a two-timing playboy. Apparently, while outwardly seeming like an angelic figure, this self-proclaimed ‘good guy’ finally reveals his true colors, which ultimately leads to the woman aborting their troublesome relationship.

Sinead Burgess is making big waves despite only moving to the United States a little over a year ago. She began her career at the age of 14, touring with some of music’s biggest acts including James Bay, The Script, Joe Bonamassa, and Don McLean.

Currently, she’s fresh off her 22-date UK tour with British country act “The Shires”. While there, she played to an average of 2000 people a night, including 5000+ at the Royal Albert Hall, and sold 2,500+ CDs in the process.

Burgess’ “Damaged Goods” album instantly made an impact on the Australian (#6) and UK (#3) Country iTunes Charts. Also, the stripped-back tell-all acoustic collection of songs from her experiences see the bubbly entertainer flourishing in what she does best, writing and performing authentic tunes.

Get acquainted with Sinead Burgess’ music by streaming her “Damaged Goods” album via Spotify.

We recommend adding Sinead Burgess’ “Praising God, Raising Hell” single to your personal playlist. Also, let us know how you feel about it in the comment section below.