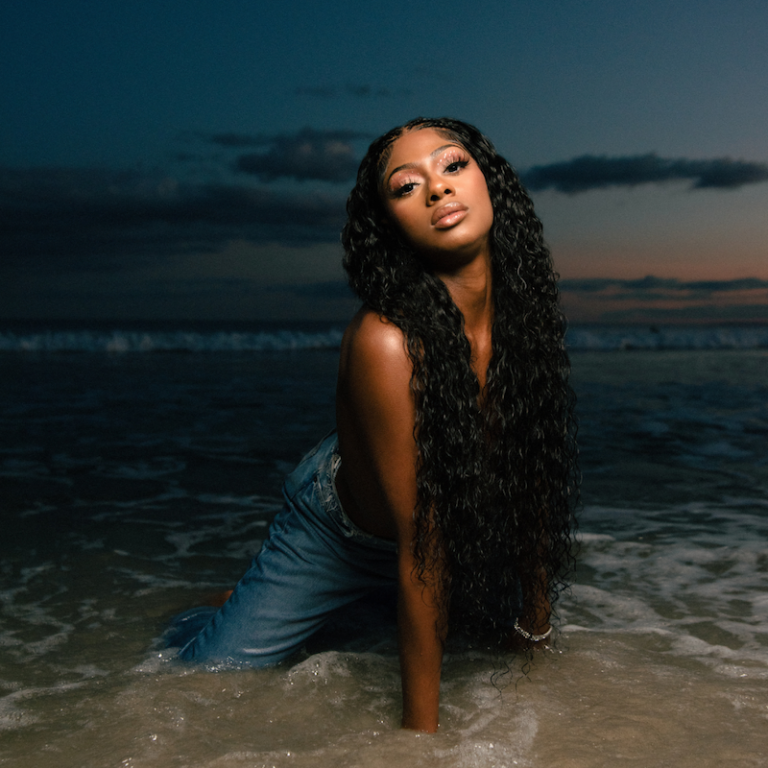 Shania is an up-and-coming singer-songwriter from Brooklyn, New York. Not too long ago, she released an appealing visualizer for her debut single, entitled, “Blue Moon,” which encapsulates the energy and vibe of a summer night in New York City.

“The visualizer is a glimpse of who I am as an artist and a person. The intention was to invite everyone into my world by showing the behind-the-scene of Blue Moon’s cover art photoshoot. My crew and I overcame a whirlwind of a day, from racing against time and battling mother nature to producing a beautiful product. I look back at it in awe, and full of pride and gratitude, and I only hope that the world enjoys our shoot-day chronicles.” – Shania explained

‘Blue Moon’ contains a sensual relationship-based narrative and pleasing vocals that will resonate well with fans of Tabitha Jade, Joel Quadri, and Wild B. The playful, live-in-the-moment tune possesses rhythmic instrumentation bursting with tropical R&B, afrobeats, afro-pop, and dancehall elements. Furthermore, “Blue Moon” serves as a wonderful introduction to what listeners can expect to hear from Shania in the near future as she continues to release new music.

“I love the freaky things you calling me. I put it on proper now you all on me.”

“This can only be a f***— a quick fix, not the one for relationships. Only for the night, I’m all yours. Do it till you can’t take no more. Blue moon and two shots, that’s three drinks. I put it down – make you want to rethink them other b*tches you got back home. I’m on the road, you ringing down my phone all night through the morning. Round after round moaning, ya soul’s out, and your insides fluttering, mouthwatering, tasting the tropics. Eyes rolling, you trying your best to control it. Splits, tricks on the d*ck, gotta resist, babe.” – lyrics

‘Blue Moon’ tells a pleasurable tale about a young woman who finds herself having fun with a new love interest. Apparently, she rocked his world so much that now he wants to lay up and cuddle with her. But, she doesn’t feel the same endearing way; in her mind, he was just a one-night stand because she has no intentions of furthering any type of relationship with him. Later, she tells her defeated lover, “We both know it, I snatched your soul with no attachments. How I do it so cold, ni^^as cannot control. Might try their best, but it’s a one-night stand, baby. Thank you, next.”

“You really thought you almost had a b*tch. Ha! it’s a one and done. Oh, baby, I’m just having fun.”

“‘Blue Moon’ captures the story of an intoxicating night of passion — only to be experienced once but never forgotten. ‘Blue Moon’ is also a double entendre referencing the beer, Blue Moon, and the idiom, ‘once in a blue moon.’ I landed on that as the title because ‘Blue Moon’ is a song about a one-night stand, and as I was writing the hook, I was feeling like an imposter because that’s not even who I am LOLOL. But — if I ever did have a one-nighter, I would need some liquid courage (i.e. blue moon the beer and some shots) and it would be as rare as a blue moon.” – Shania explained

Growing up, Shania knew her destiny was to become a performer. Since she was a little girl, she’s been enamored by the arts. Later, she realized that her life’s purpose was to make people feel what she feels.

“I don’t know if it was the passion, the vulnerability, the creativity, the confidence, or the combination of all of these things, but performing on stage was like magic.” – Shania stated

“I see you staring, so I’ma give you what you want.”

“I was given the cheat code. Being raised in a melting pot while immersed in such rich Caribbean culture, I was primed for existing in two worlds at once. This duality gave me a unique perspective on life and allowed for my artistry to thrive. I was never good at journaling or writing poems, but I could document these colorful and nuanced chronicles in song.” – Shania explained

Shania, a first-generation American, was born to Trini and Jamaican parents. Her Sundays were spent cleaning and singing along to reggae and soca classics. Saturdays were for dancing to African drums, tapping to jazz, free-styling to hip-hop, and improvising to contemporary. On the weekdays, she trained in classical ballet and snuck off on breaks to voice-note R&B melodies swimming around in her head.

“Music made dance come alive. The combination of melodies, harmonies, textures, instruments, and lyrics has a way of making people feel seen. Making me feel seen. I learned to sing by mimicking what I heard, memorizing full songs, and practicing runs, riffs, and key changes that I couldn’t get out of my head. Music was my escape.” – Shania explained

For some time though, self-doubt made Shania abandon her dreams of being on stage. After studying dance for 15+ years and attending Fiorello H. LaGuardia High School (aka The FAME school), she went on to pursue a Political Science degree at a liberal arts college. After graduation, she became an accountant and considered the possibility of living a normal life. However, the music never left her. No matter how far away she ran, and what identity she masked herself with, music was always in her heart and at her core. 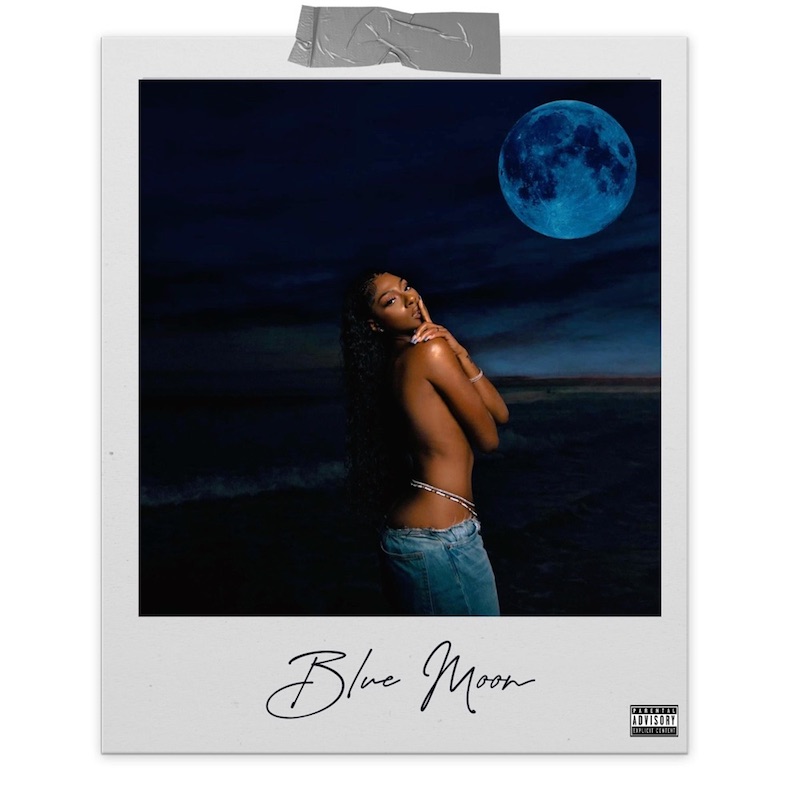 “Nothing in life happens in vain though and those years I spent off my center allowed for immense transformation and a journey inwards to self-discovery. I had to relearn who I was, what made me feel alive, how I wanted to be loved, what I had to offer to the world, and how I wanted to share my gifts. I began writing songs from the heart with the experience that my early 20s brought me. Topics ranged from wild rendezvous to ideations on success, to conversations with God, and so much more. Today, my sound is very raw, soothing, and dynamic; blending a ‘90s and 2000s R&B cadence with a Caribbean influence. I am so excited to finally connect with the world and to share what my soul sounds like.” – Shania concluded

We recommend adding Shania’s “Blue Moon” single to your favorite tropical R&B playlist. Also, let us know how you feel about it in the comment section below. Mel Blanc’s famous catchphrase, “That’s All Folks!” Thanks for reading another great article on Bong Mines Entertainment – the hot spot for new music. Furthermore, always remember that (P) Positive, (E) Energy, (A) Always, (C) Creates, (E) Elevation (P.E.A.C.E).