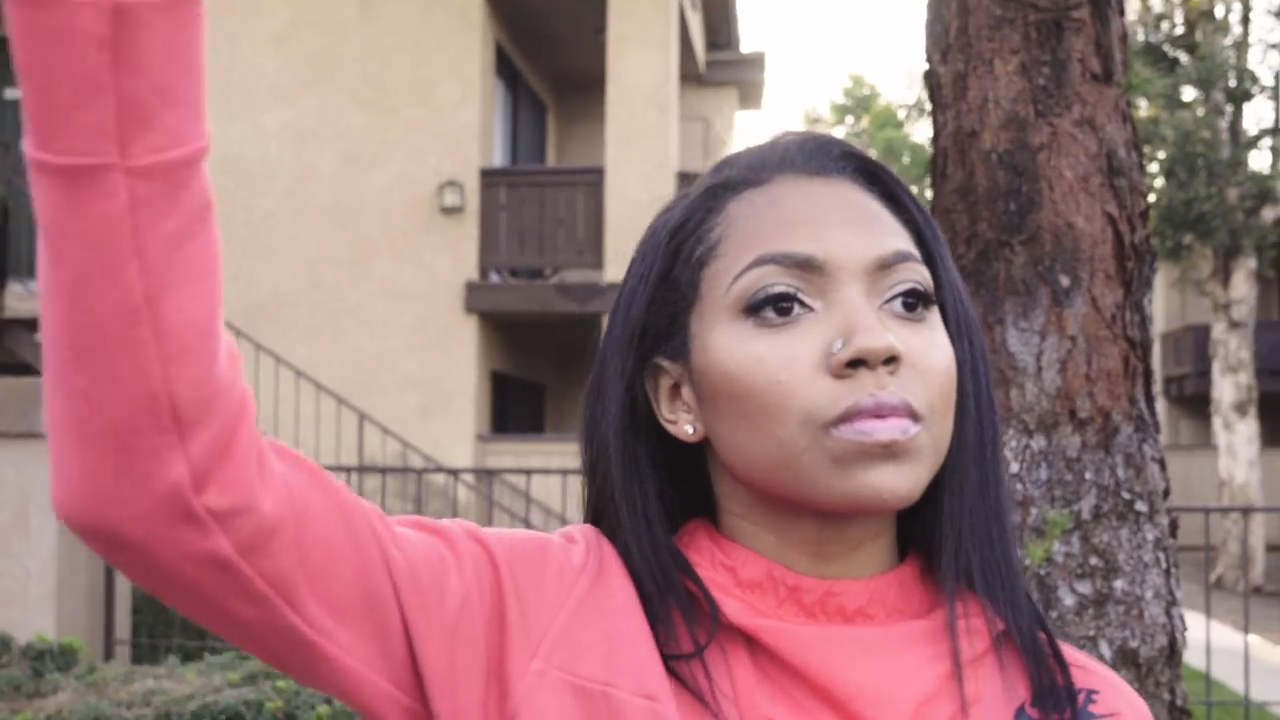 ScribeCash is a rapper/singer outta Inland Empire, a metropolitan area in Southern California. Not too long ago, she released visuals for her “Langston Hughes” single.

The IshotAaron-directed video shows Cash rapping in her bedroom. Also, another scene shows her writing rhymes on her living room couch. Not too long after that, we see her rapping inside a moving vehicle with her arms hanging out the window.

Cash also sings. Check out her music video for “Ting Ting“, a single off her “Departure” EP.