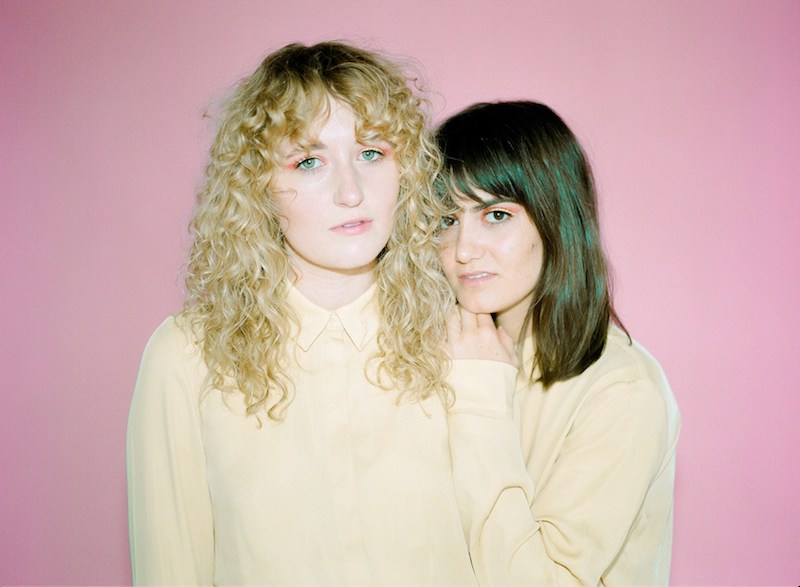 Sawyer releases a music video for their “Emotional Girls” single

Sawyer (Emma Harvey and Kel Taylor) is a pop-rock duo based in Nashville, TN. Not too long ago, the two best friends released a music video for their “Emotional Girls” single.

“We wanted the music video to visually show that when someone uses the label ’emotional’ to dismiss another person’s experience, a gross distortion of reality occurs. The verses portray reality and the choruses portray the situation as the boyfriend sees it. At the chorus, Kel’s bedroom turns into a pink, fluffy explosion. This room becomes the backdrop for a montage of eight girls acting out a characterized version of what ‘having emotions’ looks like—throwing tampons in the air, pulling sprinkles out of a pink purse, or screaming into a telephone. By becoming what being ’emotional’ looks like to the boyfriend, the absurdity is revealed. At the end of the video, all of the girls have taken off their exaggerated makeup and clothes and helped Kel take off hers. It’s a really empowering image of friendship.” – Sawyer

‘Emotional Girls’ is a call to arms for ‘emotional girls’ worldwide.

“We want this song to make people feel understood and to make other people understand. Anyone that has been dismissed or overlooked because they feel their emotions, we are here to say you are not crazy. And you deserve better from your friends or co-workers, or whoever it is in your story.” – Sawyer

Sawyer is a name you should remember. With each release, they continue to establish themselves as an exciting band to watch.

They met while attending Belmont University in 2015. Since then, their music has amassed over 5 million streams online via Spotify alone.

Also, they have earned the opening slot on Jon McLaughlin’s 29-date Me and My Piano Tour this fall.

“He thinks his mom is crazy and his girlfriend’s insane. She always wants him to say things like calling her, baby. Tells her get some sleep when she’s trying to keep a conversation that goes too deep. And now he’s eating alone with the glow on his phone. This is just how it goes, another love for the shelf. But he tells himself, ‘It’s not me, it’s all these emotional girls.” – lyrics

We recommend adding Sawyer’s “Emotional Girls” single to your personal playlist. Also, let us know how you feel about it in the comment section below.