Satin Jackets is the brainchild of German music producer, Tim Bernhardt. Tailor is a singer-songwriter from the United Kingdom. Not too long ago, they released a groovy nu-disco single, entitled, “First Thing.”

“Caught in the memory, thinking why hesitate for nothing? I fight with the devil in me but losing time ain’t worth it. I wonder what could’ve been, moving high up above that place, some other beat. Where it’s only you and me and losing time ain’t something. If I could tell you what the first thing on my mind was, I could let it go. If I could tell what the first thing I’d have said was if we were alone. I would be a different man from what you see now, I could be the one to take you home.” – lyrics

The project was inspired in part by the Lockdown Streams that drew hundreds of thousands of Satin Jackets fans looking for a nu-disco oasis while stuck inside. Also, “Reunion” simultaneously refines the existing formula of his music while growing comfortable enough to step out of that box into more pop-accessible tunes. Along with “First Thing,” other album highlights include the lead single, “Move On,” which reached #1 in the HYPEM popular chart. 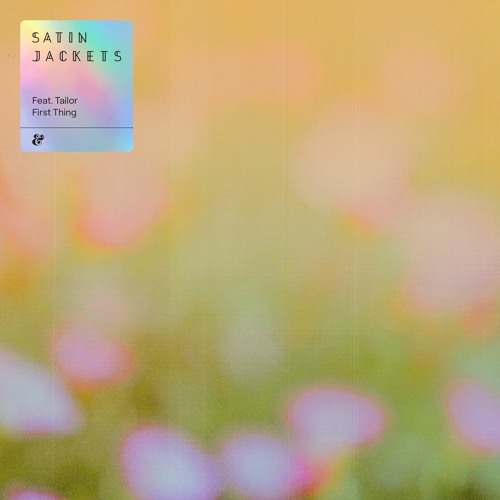 We recommend adding Satin Jackets’ and Tailor’s “First Thing” single to your favorite nu-disco playlist. Also, let us know how you feel in the comment section below. Mel Blanc’s famous catchphrase, That’s All Folks! Thanks for reading another great article on Bong Mines Entertainment – the hot spot for new music. Always remember that (P) Positive, (E) Energy, (A) Always, (C) Creates, (E) Elevation (P.E.A.C.E). Contact us on social media via Twitter, YouTube, Instagram, or Facebook, and let us know what’s going on. Disclaimer: This post, contains affiliate links, and we may be compensated if you make a purchase through links on our website.