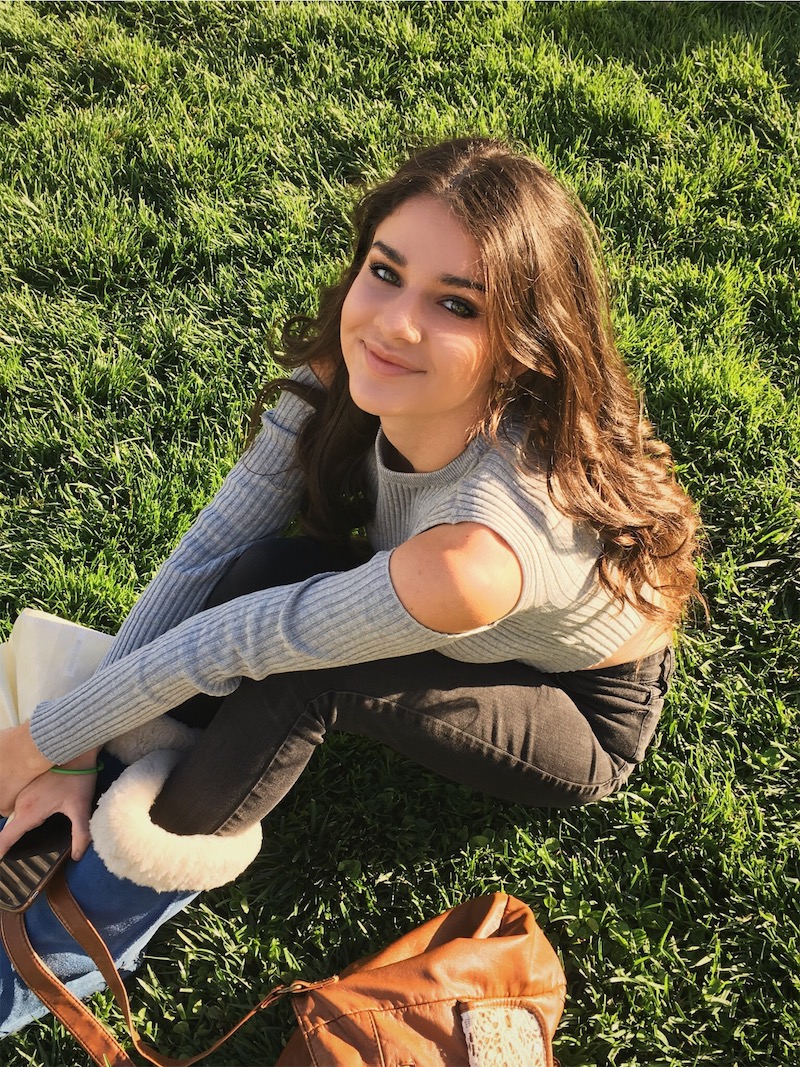 Sarah Herzog is an up-and-coming 18-year-old singer-songwriter from Kentfield, CA. Not too long ago, she released a lovely music video for her “Late to the Party” single.

“We traversed a lot of the city shooting this video and let our surroundings dictate each shot. We got a lot of comments from bystanders but they were overwhelmingly kind. One woman walking by even offered to lend Sarah her fur jacket for a shot because she thought it would fit with the theatre where we were shooting. In general, there were a lot of impromptu outfit changes, which we had to do in the car or in cafe bathrooms. The whole thing was pretty dynamic.” – Kira Herzog (Sarah’s cousin)

The Kira Herzog-directed audiovisual, filmed in San Francisco, used the unique aesthetics of 8mm film to highlight the classic beauty of a city in motion.

The music video finds Sarah Herzog having a great time spending the day in some of her favorite places.

‘Late to the Party’ tells a bittersweet tale of a young woman who once shared a problematic relationship with her significant other.

Apparently, she knew from the get-go that something bad would happen to their relationship, and it eventually did.

“Late to the Party”

“‘Late to the Party’ is about self reclamation in wake of a breakup. In cities like San Francisco, you are always part of something larger and more complex than yourself. And there’s a beauty to that. Particularly when you start to find your place within it.” – Sarah Herzog

Later, after their separation, the woman realizes that she and her ex weren’t meant to be together. Also, she knows in due time she will find someone new to ease her mind.

‘Late to the Party’ contains a relatable storyline, ear-welcoming vocals, and groovy instrumentation scented with an alternative-pop aroma.

The likable single is featured on Sarah Herzog’s debut album, entitled, “Your Experiment”. 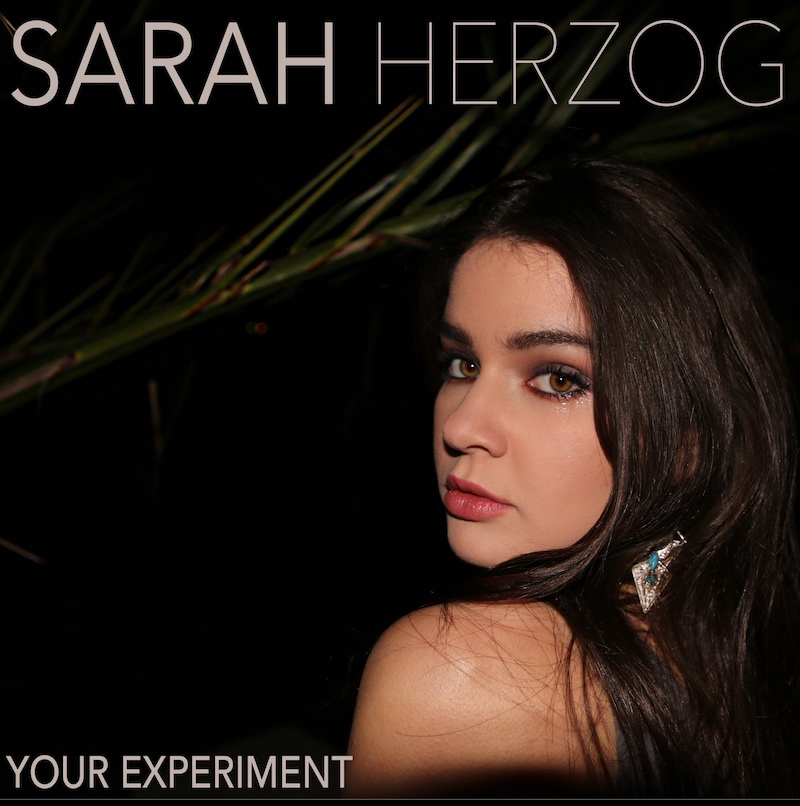 Sarah Herzog is establishing herself as an exciting artist to watch.

So far, she has performed at the Lobby Lounge show, Occidental Center for the Arts, San Rafael Farmers Market, and Mill Valley Concerts on the Plaza to name a few. 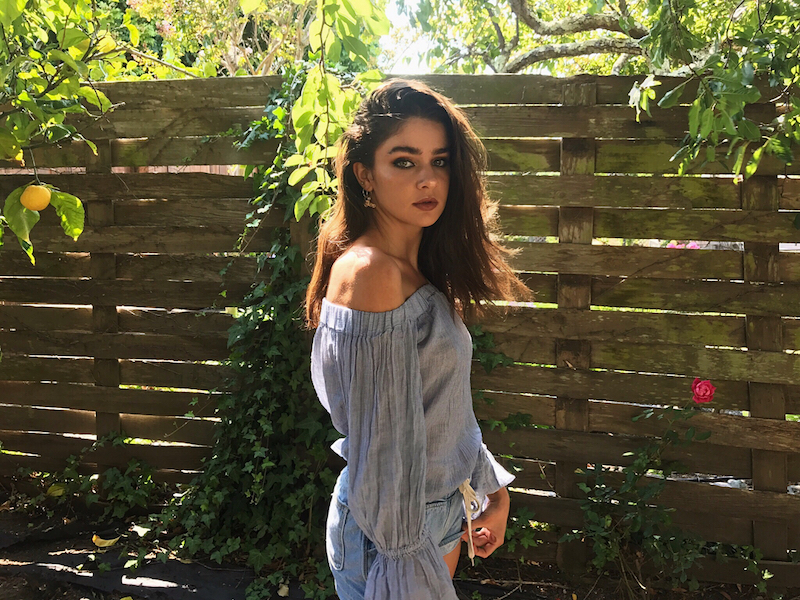 She was adopted as a young child from Russia. At the age of two, she gravitated to the piano, and have since written many piano compositions. 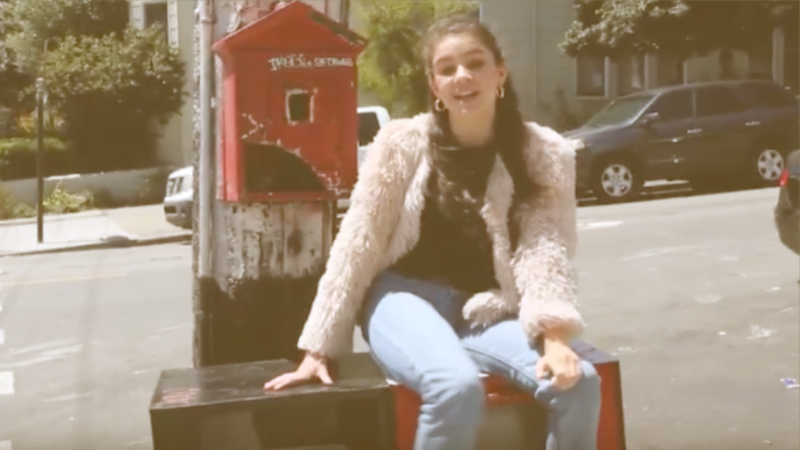 “When I got on top of a newspaper stand in the middle of the city, I sat back for a moment and reflected on how far my confidence has grown as an artist. Wearing a pink puffy jacket and heels while singing into a camera was definitely a bold decision. But one that helped me understand my inner self and who I want to be as a singer.” – Sarah Herzog

‘Late to the Party’ and all of the songs featured on “Your Experiment” were written by Sarah Herzog.

Stream “Your Experiment” via Apple Music

We recommend adding Sarah Herzog’s “Late to the Party” single to your personal playlist. Also, let us know how you feel about it in the comment section below.